The option of having your Toyota Proace Verso in one of two lengths (Medium and Long) is quite unusual for an MPV. It’s important to be aware, though, that the distance between the front and rear wheels is the same no matter which version you go for so passenger space is unaffected. The key difference is that Long models have a much bigger boot.

Compared with the Ford Galaxy – itself a very big MPV compared to regular cars – the Proace Verso feels huge inside, with space suitable for full-sized adults in all three rows.

Shuttle trim is your best bet if you need the maximum number of seats. It's available in Medium and Long lengths, and has nine seats as standard (three rows of three). Family versions (only available in Medium length) can take eight, with two individual seats replacing the front bench. Finally, Long-only VIP models seat seven. There are two seats for the second row and three at the back as standard, plus a sliding central armrest with pop-out tray tables for executives on the go.

On all trims, the second and third rows of seats can be slid backwards and forwards, and can also be reclined, depending on whether you want more space or more comfort. If needed, the two rows of seats can be removed entirely for a load area that’s as cavernous as (surprise, surprise) a van’s. Just bear in mind that the seats are pretty hefty.

There is lots of storage dotted around the interior, including some of the biggest door pockets around, two gloveboxes, a cubby on the top of the dash and a handy shelf by the USB port that’s the perfect size for a smartphone.

The useful 550-litre boot in the nine-seater Medium version doubles in size to 980 litres if you go for a Long version with the same number of seats – a Galaxy has a 300-litre boot, while a Mercedes V-Class gets 610 litres. 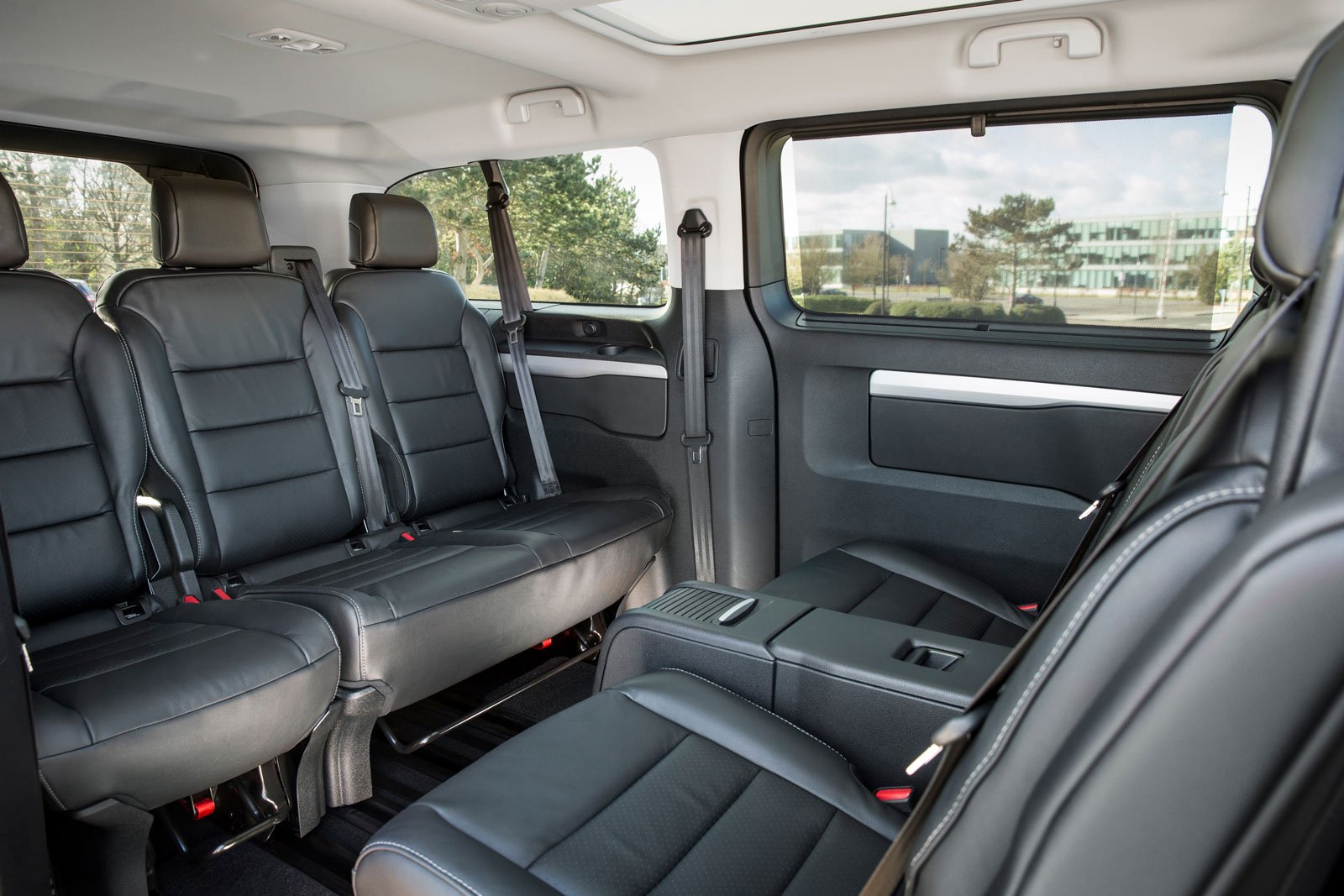