Around 18 million drivers will take to the roads over the coming bank holiday weekend. Here are our top tips for avoiding the worst of the traffic stress...

An additional 1.8 million leisure journeys - up from just over 16m in 2019 - are expected to be taken this weekend as families make the most of the last bank holiday before Christmas and those in England return home from staycation breaks ahead of the start of the autumn school term.

According to research by the RAC, Friday will be the busiest day with around 5.6m car trips planned, followed by Saturday when drivers are planning on making 4.7 million trips. Sunday looks a little quieter, with 3.7m journeys expected, but on Bank Holiday Monday the estimate rises back to 4.4m.

Separate RAC research conducted at the start of August suggested around 45m day trips would be taken by car this month, with more than a quarter of drivers (28%) saying they planned on taking more day trips than last year. The latest research suggests a large proportion of these trips might well be happening this weekend.

RAC Breakdown spokesperson Rod Dennis said: “It’s been anything but a normal summer for so many reasons, but our research indicates that millions of us are still desperate to eke out the last of the summer and enjoy time away, whether that’s a day trip to see friends or family or a long weekend in a caravan or camping."

With traffic this weekend looking set to exceed pre-lockdown levels, drivers are advised to follow our tips to help minimise the pain of travelling at this busy time.

1. Plan your route, and plan your time

The most important step is preparation. First, ask yourself if it’s necessary to travel at peak times. If you can travel either early in the morning or late at night, you’ll miss the worst of the traffic.

There are plenty of useful websites out there to help plan your route, with dedicated sites for Traffic England, Traffic Wales, Traffic Scotland and Traffic Northern Ireland all listing current events and incidents that might affect your route.

Most modern sat-nav systems will also be able to detect if there's traffic on your route and offer detours, but it’s worth having a map in the car just in case the technology fails you.

2. Avoid the busiest roads where possible

You won't be surprised to hear that the UK’s most popular motorways and road networks will be particularly busy over the bank holiday weekend.

The roads most likely to be affected by extra traffic this year are those that lead to holiday destinations. They include the M5, M6, M25 and M40. 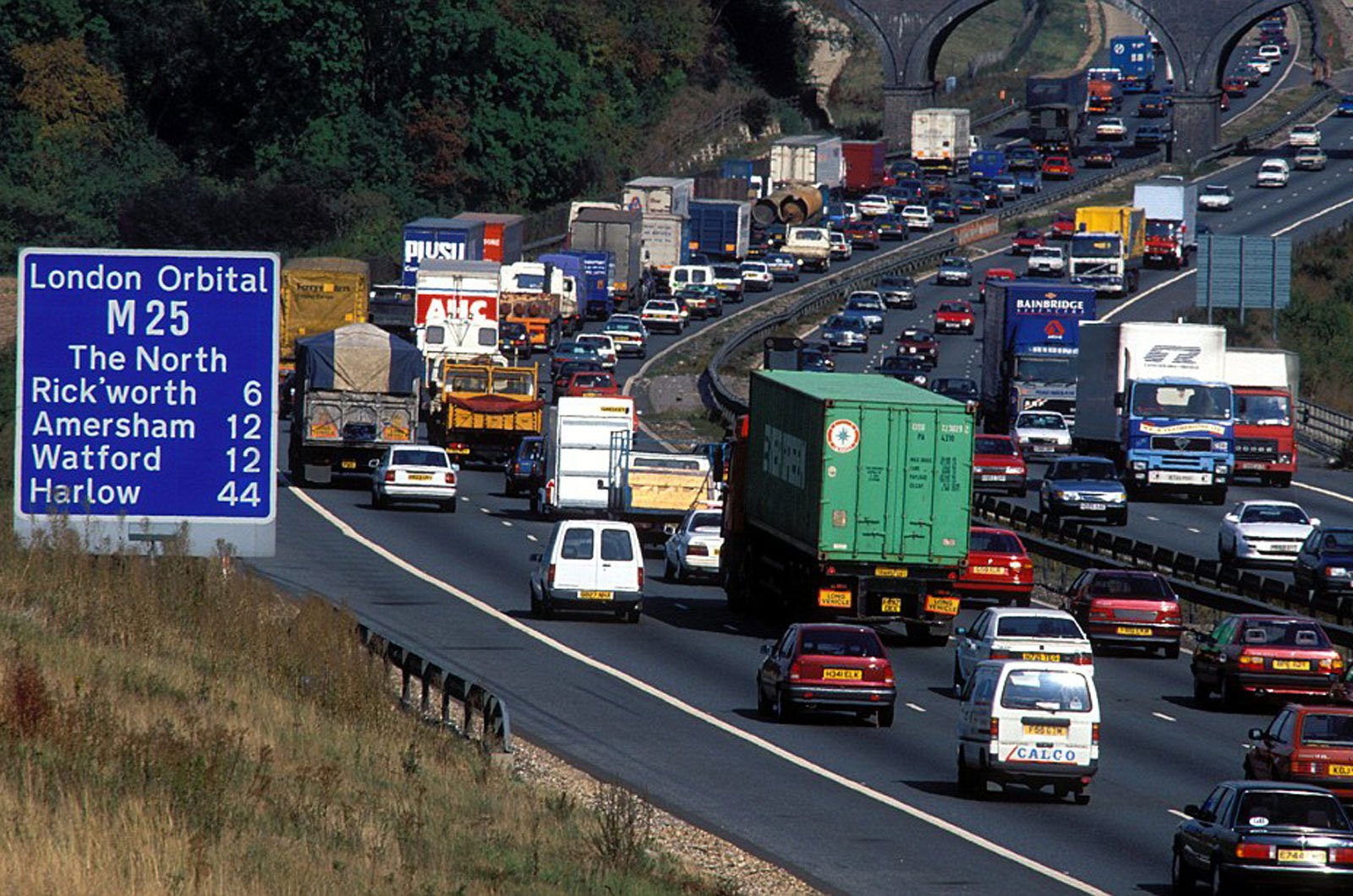 3. Use your radio’s traffic announcement function or an app

If you don’t have a sat-nav system that can warn you of delays, you can still keep abreast of traffic on your route by using the TA/TP or Traffic function of your car radio. This will automatically switch the station whenever a traffic announcement is being played.

Alternatively, there are several smartphone apps you can download to alert you to traffic in your local area, including Inrix Traffic, Waze, Google Maps and The AA.

In the video below, we take a look at the best free sat-nav apps available right now.

The Highway Code recommends that you take a break from driving for at least 15 minutes every two hours. There are plenty of motorway service stations that offer respite areas and refuelling spots, but you can also search online for less expensive restaurants and petrol stations away from the motorway.

English Heritage's website contains a list of scenic stop-off locations close to major transport routes, which you can find here.

If have children on board, make sure you have enough drinks, snacks and games to keep them happy in case you get stuck in a traffic jam. A portable DVD player, tablet or laptop can help keep children occupied watching films and TV programmes, and you can also get miniature versions of board games specially designed for the car.

Children’s website Minitime also has a list of free games you can play with your children in the car, which you can find here, but classics like I Spy, 20 Questions and Hangman are always a safe bet.

The last thing anyone wants is to break down in the middle of a holiday car journey, so take the time before you leave to carry out these basic vehicle checks: 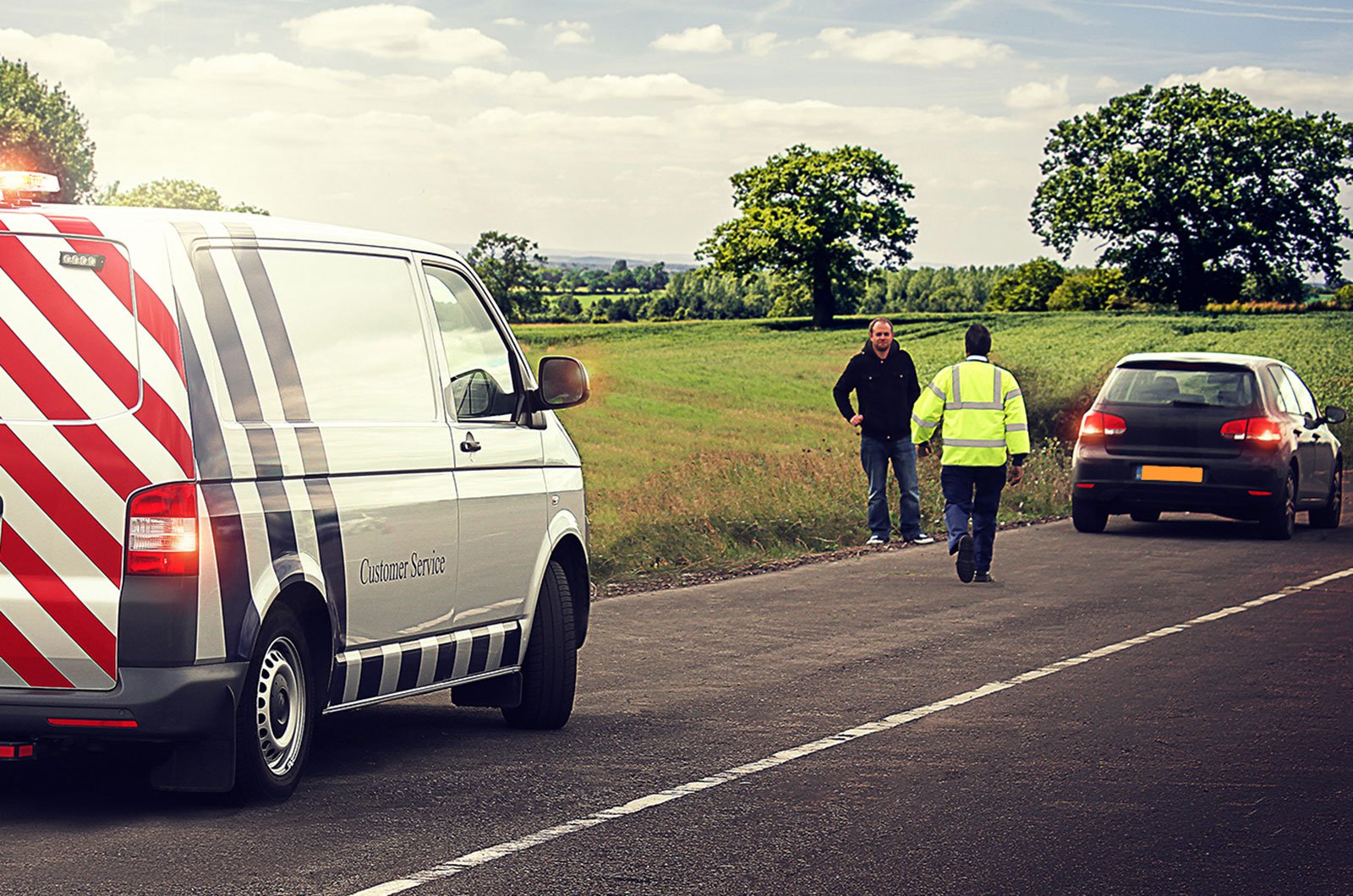 7. And if the worst happens…

If you do end up at the side of the road with a broken-down car, you’ll want to call out a breakdown rescue service. You can eliminate a lot of the time (and cost) by signing up for breakdown cover before you travel.

You can buy breakdown cover from as little as £18 per year, and more expensive policies will also cover your onward travel costs and cover you in Europe as well.

Next: Our guide to getting your car ready for holiday motoring >>