You can buy summer, winter or all-season tyres – but if you only want to buy one set, what’s the best choice?...

Tyres aren't very interesting for most people – yet doing some research before you buy could save your life.

With such opposing performance requirements, a tyre that works best in the hot, dry conditions of a British summer will often struggle in the depths of a freezing winter. Meanwhile, a tyre that is most at home on snow and ice will be far from the optimum choice when the weather warms up. 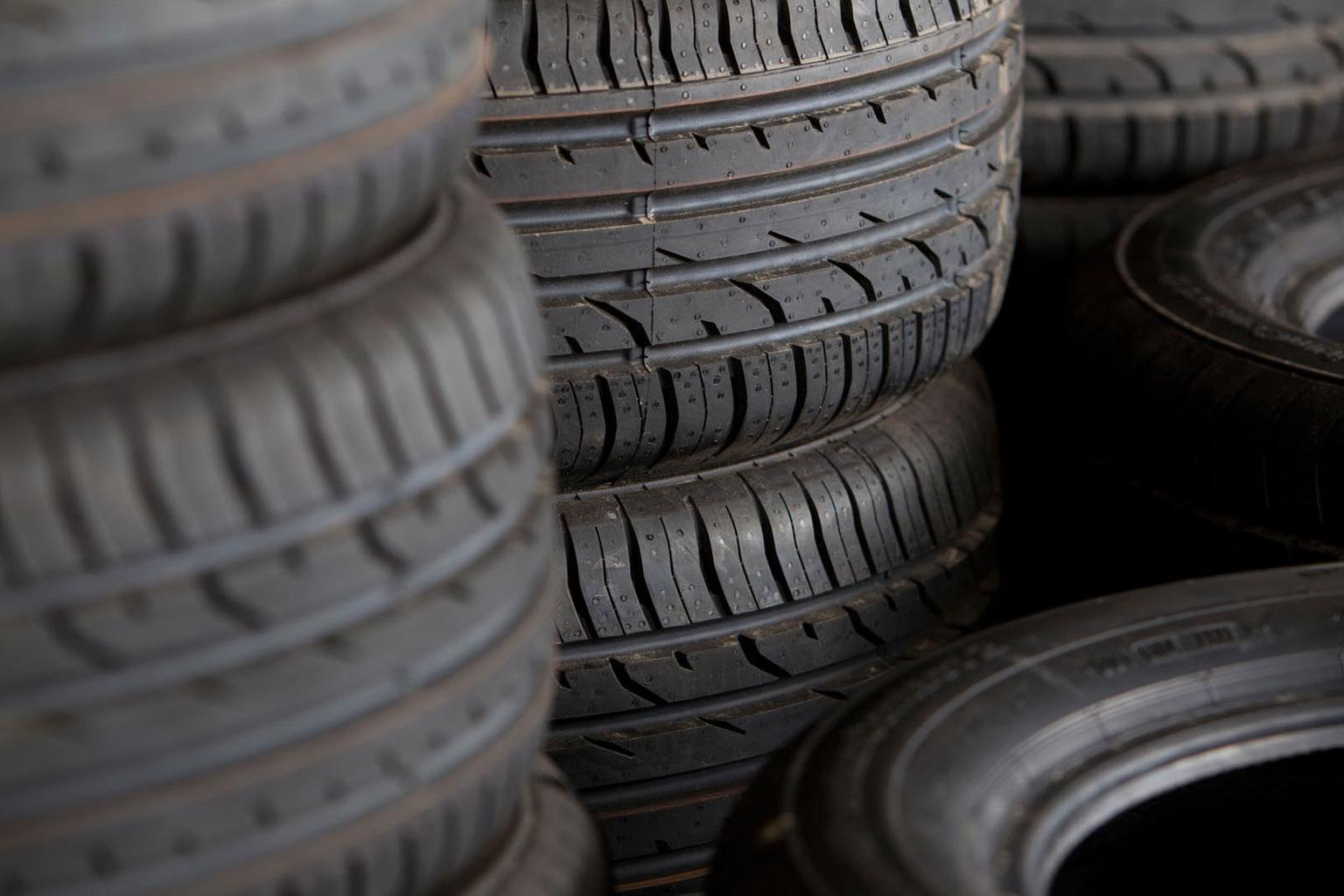 Tyre manufacturers claim that 'summer' tyres – which are used by 95% of UK motorists all year round – are the best choice for approximately 65% of our driving year, and that for the other 35% of the time, so-called 'winter tyres' would be better. They claim to marginally improve performance at temperatures below 7deg C, although it's in freezing, snowy and icy conditions that you'll really notice a benefit over summer tyres.

For most people, however, the prospect of buying, fitting and storing a set of summer and winter tyres is too much to contemplate, especially when there’s no certainty of freezing, snowy or icy conditions in the UK. 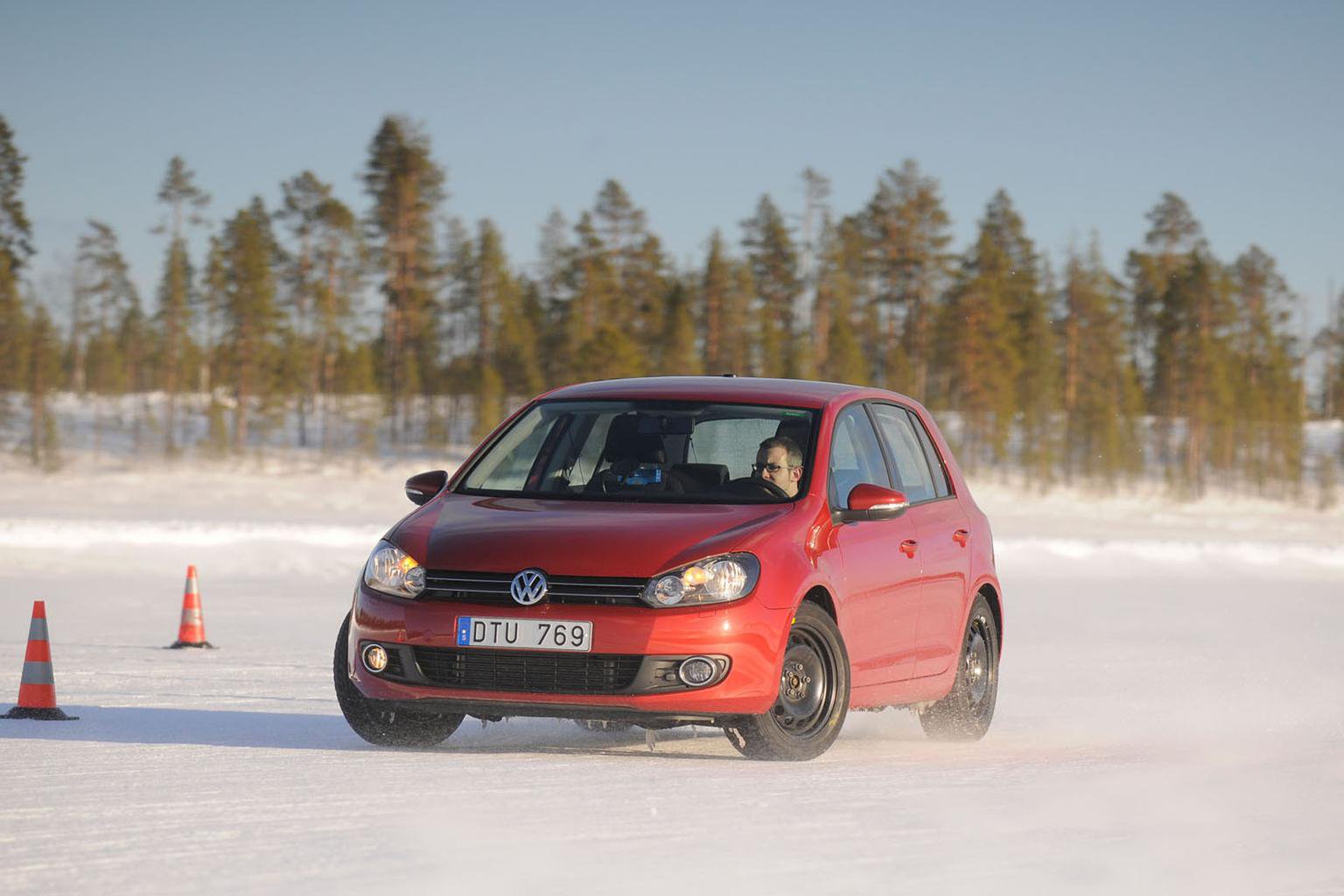 In response, the tyre industry has developed 'all-season' tyres. However, these used to be a bit of a compromise, with manufacturers taking winter tyres and then modifying them so the balance of performance moved slightly away from snow and ice, and towards wet and dry running. As a result, while the tyres had a broader range of ability, they also had some of the warm weather shortcomings that winter tyres suffer with, such as compromised dry braking.

Then, in 2015, Michelin released the first all-season tyre to start its life as a summer, not winter, tyre – the Michelin CrossClimate. The CrossClimate is claimed to have the performance of a summer tyre in warm conditions, plus 95% of a winter tyre's performance during traction and braking tests on snow and ice.

Which are the best tyres? Our test process 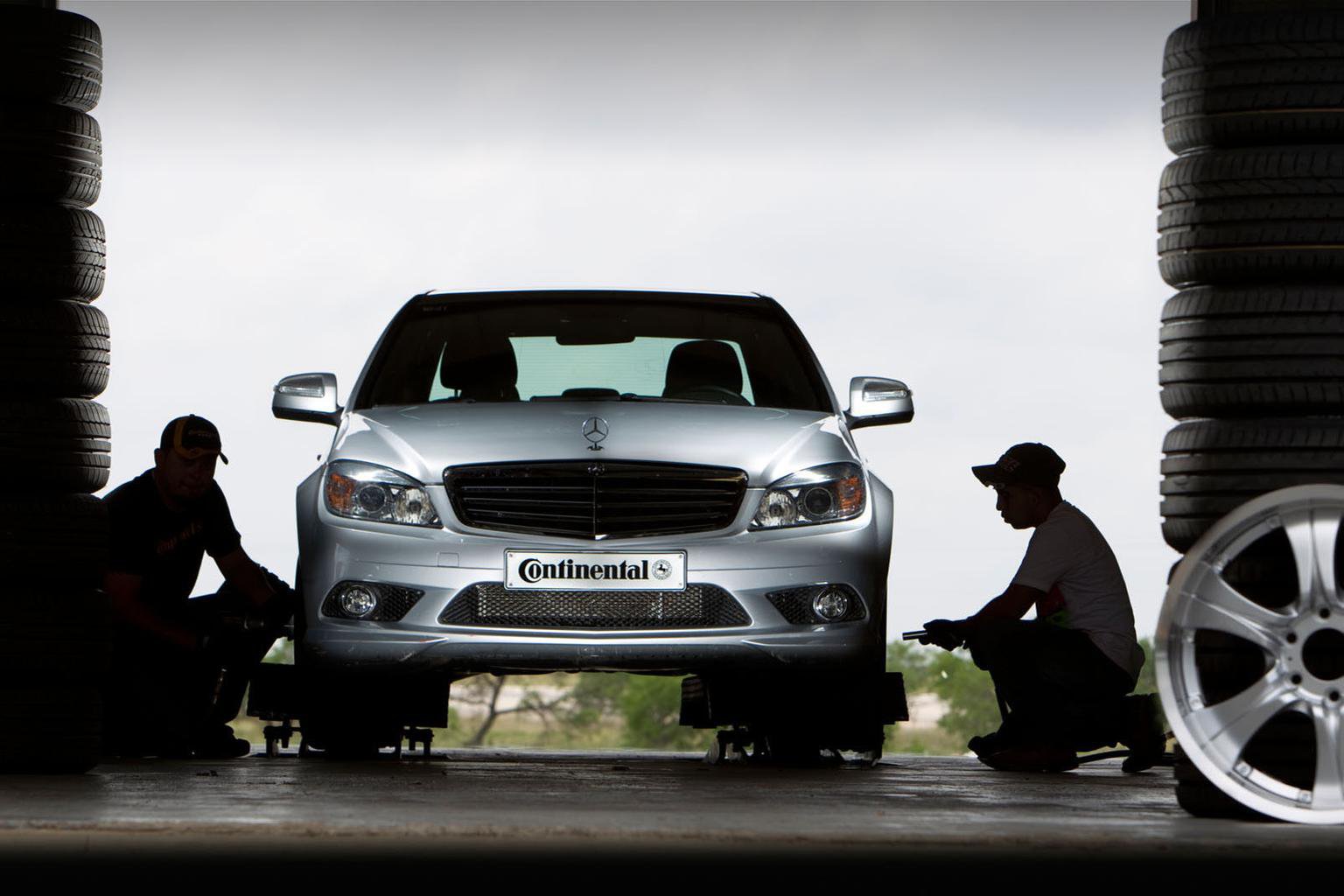 In order to judge which tyre type is best for use in the UK, we took some of the leading tyres in their respective categories and put them through objective dry and wet braking and handling tests, as well as snow traction and braking testing.

The wet and dry tests were done at the industry-standard testing facility MIRA, in typical UK summer conditions. The air temperature was in the high teens, and thanks to cloud cover the track temperature was barely any warmer. For each of the braking tests, the runs were repeated at least five times per set of tyres, with any erroneous times removed before an average of the results was taken.

For wet and dry handling, we timed a number of consistent laps and averaged the best but ensured our time variance was all within a second of the best time set by that tyre.

The snow tests took place on real snow, at Tamworth Snowdome. Instead of repeating the timed measurements from the wet and dry testing, we chose to simply try to get the vehicle up the ski slope, and to see if we could stop the car safely on the way back down.

All tests were performed on a Skoda Octavia wearing 205/55 R16 tyres.

The tyres we tested 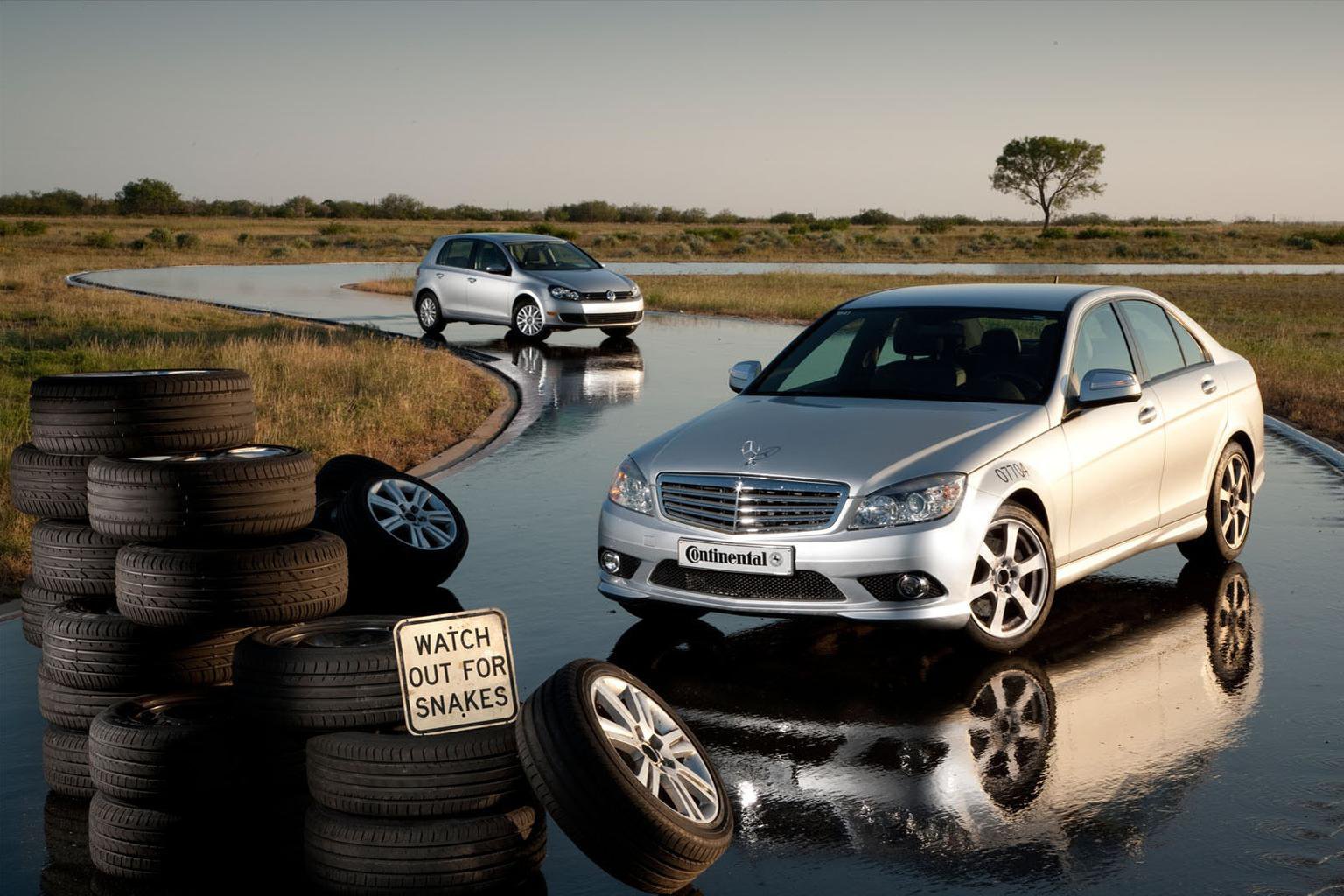 How the tyres performed 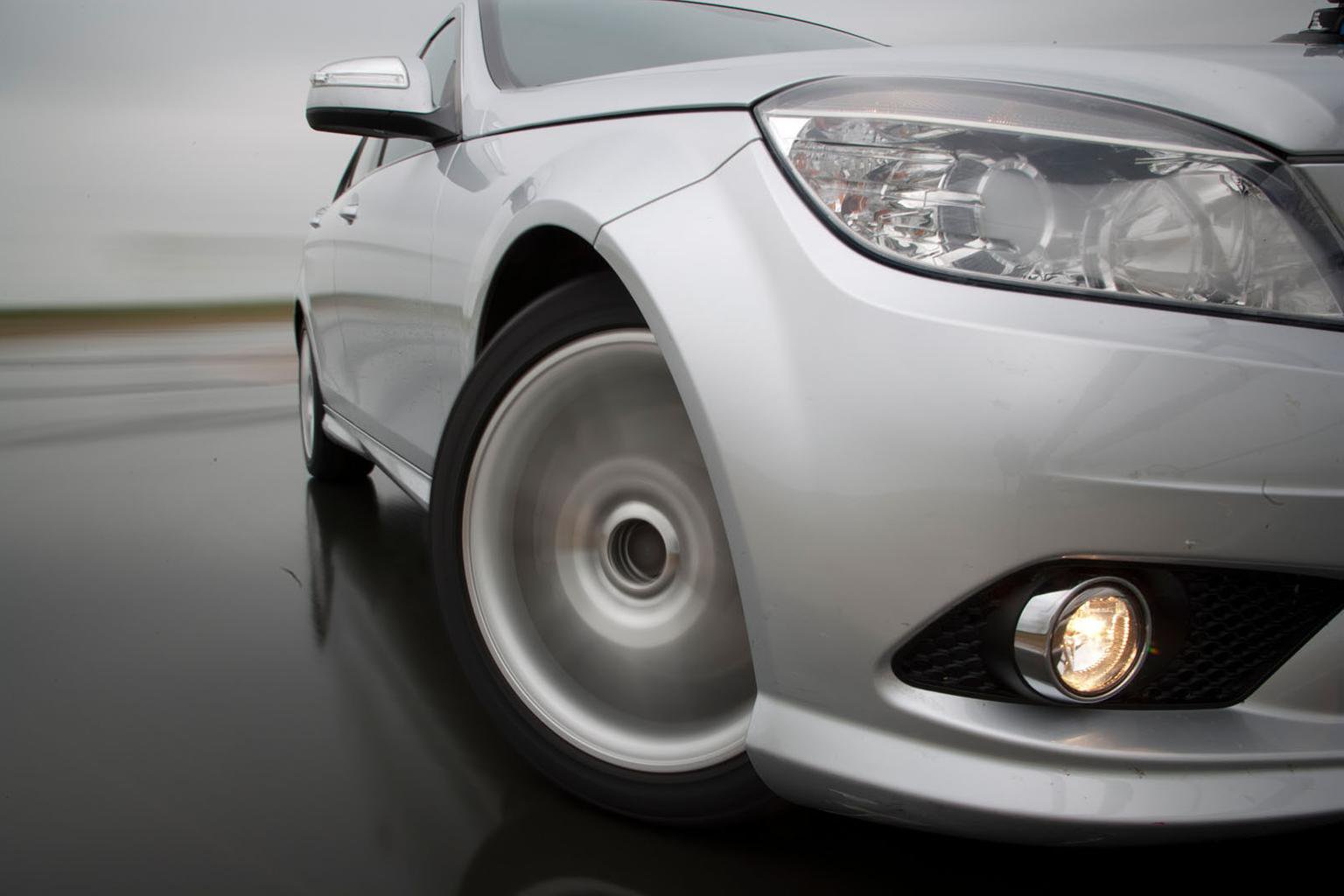 Tyre performance in the snow

In the snow, the four tyres performed exactly as you would expect. Our traction and braking tests mimicked the struggle of climbing a steep snow-covered hill, which so often causes traffic chaos during extreme weather.

The summer tyre couldn’t find traction as soon as all four wheels hit the incline, with the vehicle's momentum quickly running out, leaving the car wheel-spinning to a permanent stop. The winter, all-season and CrossClimate tyres all made it up the slope, with the winter tyre having a small advantage during the early traction phase.

Braking on a snowy decline led to similar results. The summer tyre failed before it started because, even using a tow vehicle, we were unable to get the summer tyre far enough up the incline to perform a braking test on the way down.

The winter, all-season and CrossClimate tyres all stopped the car in a controlled manner, again with a small advantage to the winter and all-season tyres.

Tyre performance in the wet

Due to the way sipes – the small cuts in the tread pattern of all-season and winter tyres which are designed to cut through water and snow – deform under emergency braking, tyres with this pattern always struggle in braking tests that aren't on snow and ice.

During wet braking, the summer tyre had the clear advantage, taking just 33.97 metres to decelerate the Skoda from 50 to 5mph. The Michelin and the Continental winter tyres were closely matched at 34.74m and 34.82m respectively. And the Goodyear all-season tyre performed worst, taking an average of 35.54m to stop the car.

The summer tyre finished in last place at 56.67sec, due to struggling with standing water more than its heavily treaded rivals, and a less predictable balance.

Tyre performance in the dry

As in the wet, the summer tyre had a braking advantage, but this time the advantage was even more pronounced.

Dry handling again highlighted the disadvantage heavy siping has in dry weather performance. The summer tyre was the fastest round the track, completing the lap in an average of 43.33sec. The lightly siped CrossClimate was a close second, averaging 43.37sec per lap, the winter 44.87sec and the all-season tyre 44.93sec.

Is there a perfect tyre for year-round use? 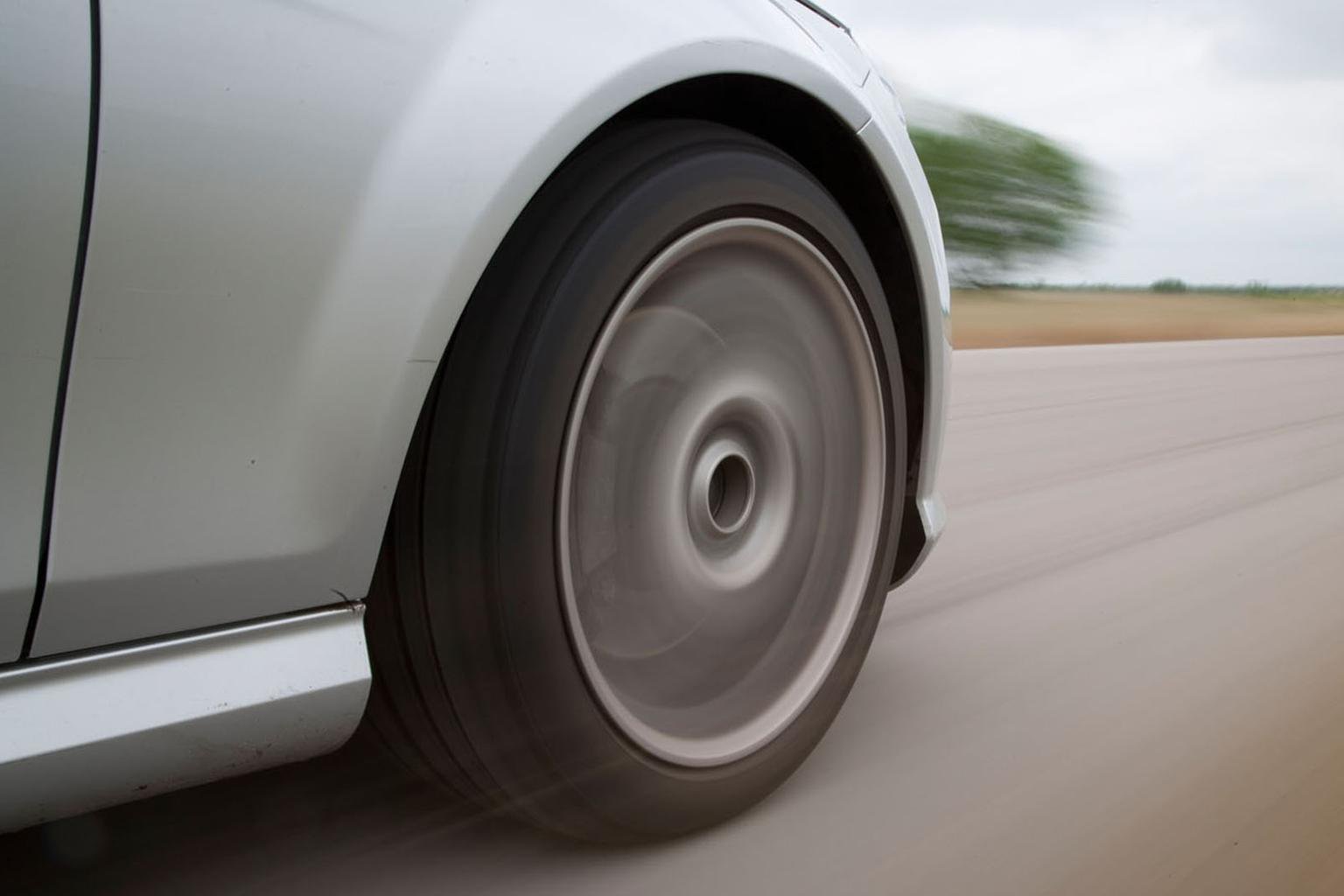 As you'd expect, the summer tyre is the best choice when it's dry and warm. But while it didn't give up too much grip in the wet tests, its total failure in the snow proves it isn't suited to the worst weather we can get in the UK.

In contrast, the winter and traditional all-season tyres excelled on snow but struggled in the dry. With up to a 20% dry braking penalty over an equivalent summer tyre, they're definitely not suitable for year-round motoring.

So, the Michelin CrossClimate is the best all-rounder. It had none of the heavily siped tyres’ disadvantages in the dry, equalled the best-in-test in the wet, and had enough snow traction to get you safely up and down snow-covered hills.

Of course, it is worth stressing in more extreme climates, where snow and ice are more frequent, the CrossClimates’ snow-handling penalty would be more of an issue.

However, in most parts of the UK you can you use one tyre for year-round motoring whatever the conditions.

It should also be noted that the CrossClimate and all-season tyres are only available in certain tyre sizes, so if you drive a performance vehicle, or a heavier car with larger wheels, they may not be an option.

Jonathan Benson is the founder of www.tyrereviews.co.uk, and has worked as an independent tyre tester since 2006