The Alpine A110's 1.8-litre turbocharged four-cylinder petrol engine with 249bhp might not sound like much cop – especially when you consider that it’s around 50bhp down on the least powerful Jaguar F-Type and Porsche Cayman. Those two rivals weigh a lot more than the 1098kg of the entry-level A110, though. That's nothing by today's standards – even a well-equipped A110 is about the same weight as a basic Ford Fiesta.

As it's so light, the A110 doesn't need a lot of power, and that 249bhp is enough to scoot it from 0-62mph in a rapid 4.5sec before eventually topping out at 155mph (the Cayman does 0-62mph in 5.1sec). You don’t have to rev the engine to the red line to make swift progress, either. Maximum shove is reached at just 2000rpm so it's very flexible. True, there’s a slight pause between pressing the accelerator and the power pouring to the rear wheels (that's turbocharging for you), but the same is true of the turbocharged F-Type and Cayman.

Anyone who's heard a four-cylinder Cayman’s rough exhaust note might be worried that the A110 will sound uninspiring. Don't be. There’s an appealing rasp as you accelerate (especially in Sport and Track modes with the optional sports exhaust, which is standard on the A110 S and GT), followed by evocative popping and crackling when you take your foot off the loud pedal. In short, it sounds like a proper sports car. That said, the silky six-cylinder engine in the top-spec Toyota Supra sounds more sophisticated and the flat-six, non-turbo Cayman GTS makes the best noise.

Some drivers might bemoan the lack of a proper manual gearbox in the A110, but there’s a lot to like about its seven-speed dual-clutch automatic. In Comfort mode, it slurs between gears smoothly, although it's a little unwilling to change down if you need a sudden blast of acceleration.

Sport sharpens the shifts and holds the lower gears for longer, and Track forces the gearbox into manual mode with no automatic upshifts when you reach the engine's limiter. It’s this final, most aggressive mode that’s the most satisfying. The ’box swaps gears with little hesitation when you pull on the steering wheel paddles, although we reckon the Cayman’s PDK automatic gearbox is slightly quicker. For the keen driver looking for more involvement, the Cayman is also available with a manual gearbox.

We absolutely love the way the A110 handles. The body will pitch and lean a little when cornering, and it's not the fastest sports car around a track, but it's still one of the most fun to drive on the road. The steering is lighter than you’d expect from a modern sports car, but it’s so accurate you can place the nose with millimetre precision. When you flick to Sport or Track mode, the steering weight is increased, but not excessively so – at least in the regular and GT A110s. The A110 S is less impressive because its steering weights up more and feels slightly unnatural.

Ride comfort is acceptable in any A110. The stiffer S version jostles you around more than any other regular A110 over scruffy road surfaces, but it’s not a gruelling experience by any means. All cars are brilliant at dealing with speed bumps and undulating country roads, but the standard model on the smallest 17in wheels is the most comfortable (the GT and S get 18in wheels as standard).

When you take into account the fact that wind and road noise aren’t challenging at 70mph (it’s quieter than the Cayman), the A110 is a decent sports car to cover long distances in. 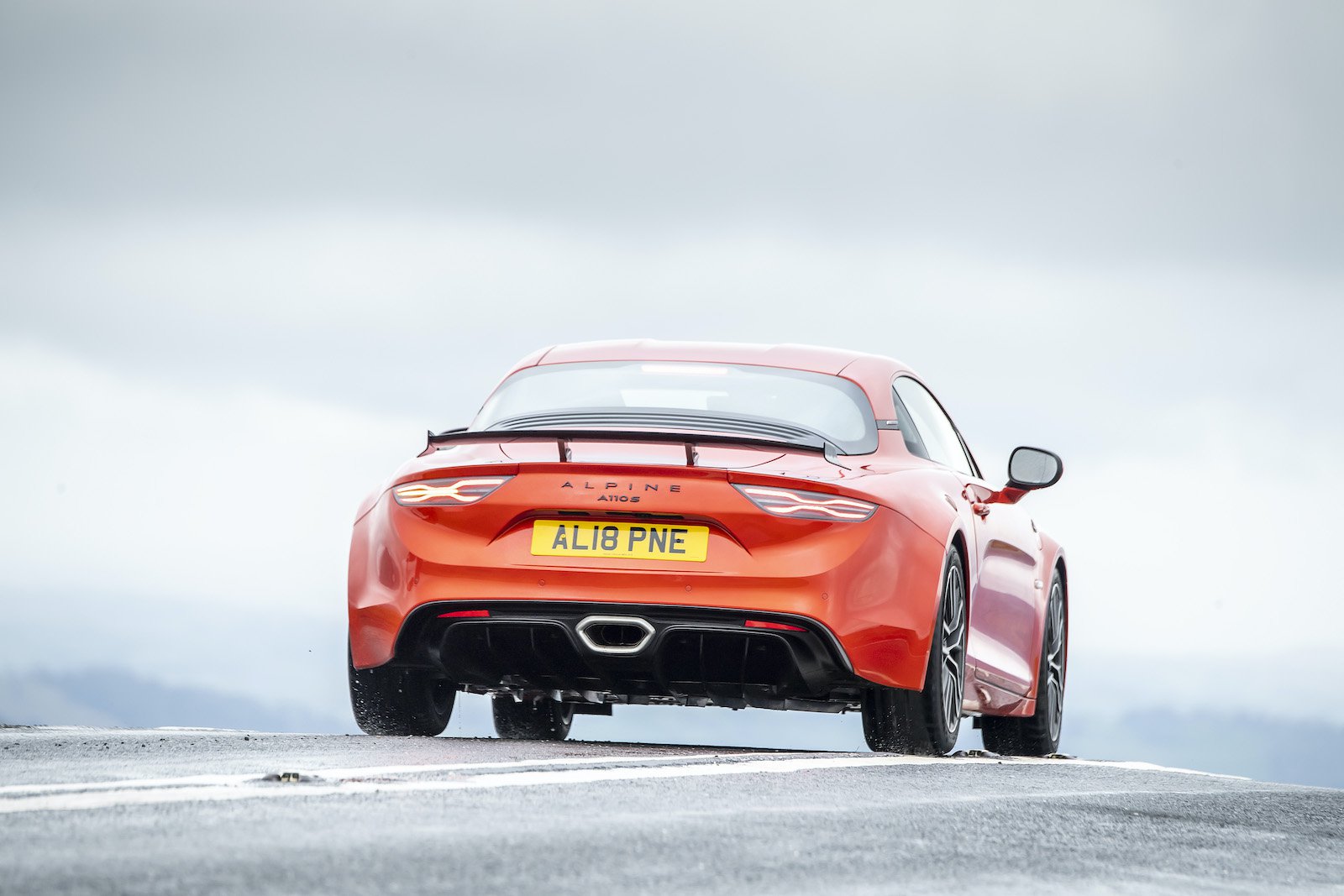