Every A6 Avant has a comfortable driver’s seat with a huge range of electric adjustment (including adjustable lumbar support), so this a great car in which to tackle a long journey. Our only complaint is that your left leg is forced over to the right more than feels natural by the A6's bulky centre console.

The climate control is adjusted via a 8.6in touchscreen, which is positioned quite low down on the centre of the dashboard. With its main menu always on display, instead of having to share real estate with numerous other menus, it’s more intuitive than the Volvo V90’s similar arrangement. However, we reckon the traditional buttons and knobs of a BMW 5 Series Touring and Mercedes E-Class Estate (not to mention older Audi models) make things easier still.

Seeing out of the front of the A6 Avant and over its bonnet is no problem, and relatively slender windscreen pillars do little to interrupt your view out at roundabouts and junctions.

True, the rear screen is shallower and more steeply raked than that of the E-Class Estate, but parking is still relatively easy thanks to the front and rear sensors and a reversing camera that come as standard.

Entry-level Sport trim models have powerful LED headlights while S line models get even more sophisticated Matrix beam headlights that can adapt their light output to suit the conditions; you don't even need to worry about dazzling other drivers. 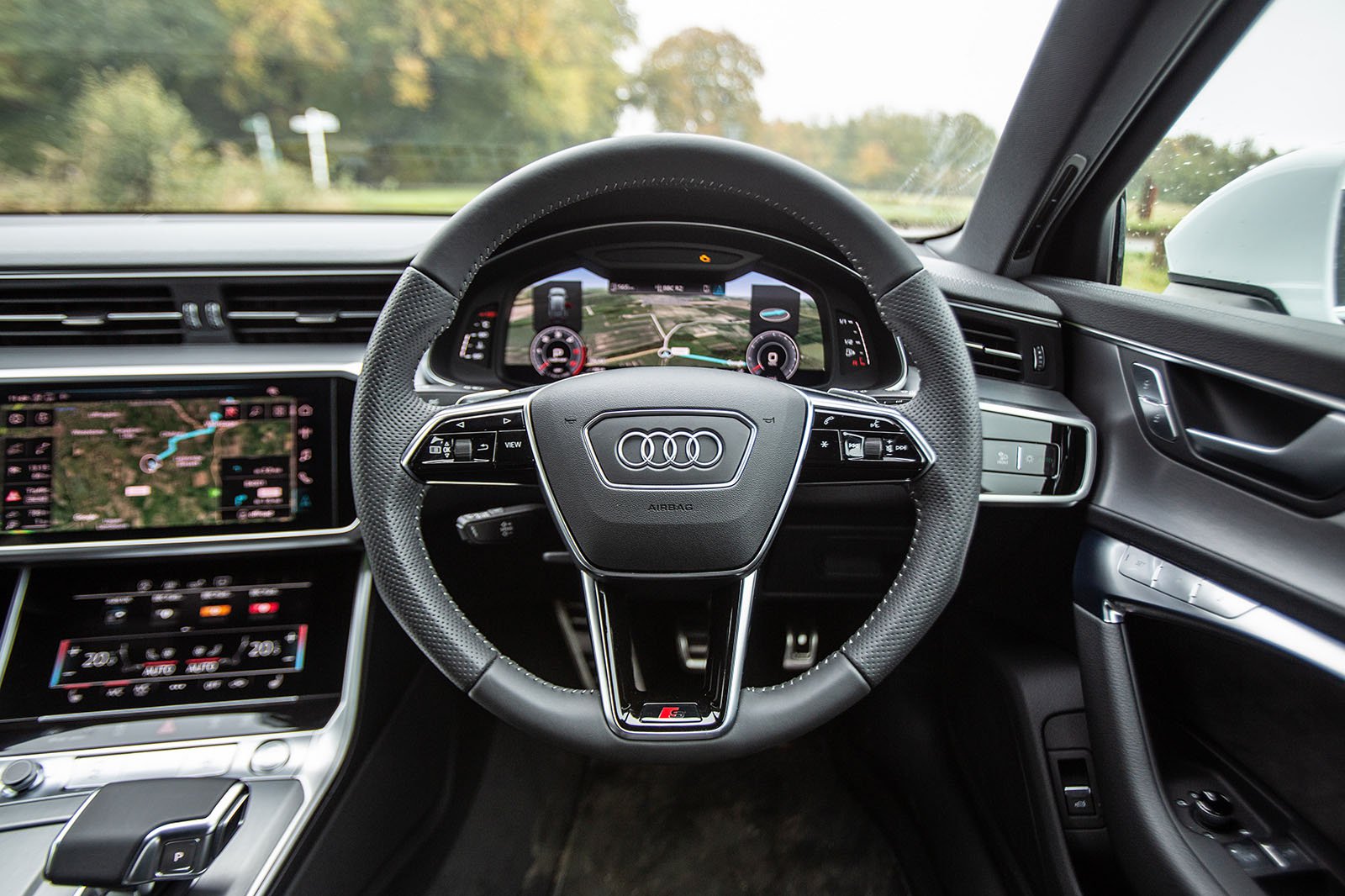 A second touchscreen is positioned directly above the climate control panel, and gives you access to the stereo, phone and sat nav.

With menus that are logically laid out, it’s an arrangement that works well when the car is stationary. However, the screen is distracting to use when driving; switching between menus and finding the correct area of the screen to touch requires you take your eyes off the road for longer than is ideal.

It’s worth considering the optional Technology Pack (standard on range-topping Vorsprung trim), which not only increases the size of the screen from 8.8in to 10.1in, but also brings a voice control system that recognises natural speech instead of insisting that you learn specific commands.

Audi is famous for the quality of its interiors and the A6 Avant does nothing but reinforce that reputation.

Not only does the dual-touchscreen layout provide plenty of visual wow factor, but the interior is backed up by ambient lighting, plush-feeling materials and a standard of assembly that’s second to none.

There aren’t many traditional buttons, but those you do get all click precisely and satisfyingly.

The standard V90 is more comfortable to drive but, for those w...