Broadly speaking, the BMW 5 Series Touring is priced in line with its closest rivals, the Audi A6 Avant, Jaguar XF Sportbrake and Mercedes-Benz E-Class Estate. The 520d is by far the most popular version, mainly due to its mid-fifties official average fuel economy and competitive CO2, which equate to a lower band of company car tax than the E220d Estate. And the 520d is RDE2 compliment, so you won't need to pay the 4% diesel surcharge.

Then again, the 530e Touring plug-in hybrid is the best for company car users, with fantastic tax breaks that cut your company car tax rate by roughly a third. And if you can keep the battery charged and make use of its electric range you’ll save a fortune on fuel. Just remember that if you don’t charge the battery and you're running on the petrol engine alone, the average fuel economy will be a lot lower than the diesel.

The desirability of the BMW badge helps keep other costs down. Resale values are among the best in the class, so if you're a private buyer you'll get back a decent chunk of the list price when you part exchange. Leasing and PCP finance rates are usually highly competitive, too, and discounts are available if you're prepared to haggle. Or, to avoid haggling altogether and still get a hefty discount, check out our New Car Buying service.

Entry-level SE trim is the one we’d go for. It’s the cheapest and still comes with plenty of luxuries. These include leather seat trim, heated front seats, dual-zone climate control, ambient interior lighting, cruise control, a powered tailgate, an auto-dimming rear-view mirror, 17in alloy wheels (18in on the more powerful engines), along with the infotainment system, LED headlights, the front and rear parking sensors and the rear-view camera we mentioned earlier.

M Sport trim is extremely popular, thanks largely to its more aggressive body styling and bigger alloys. You don't get a lot of extra substance for the added cost, apart from sports front seats, privacy glass and a much stiffer ride courtesy of the M Suspension. A Pro Pack can be added to M Sport models that adds even more visual garnish, including 20in wheels, black rather than chrome exterior trim and blue M Sport brake calipers. On more powerful versions, it also adds adaptive suspension that improves the ride. 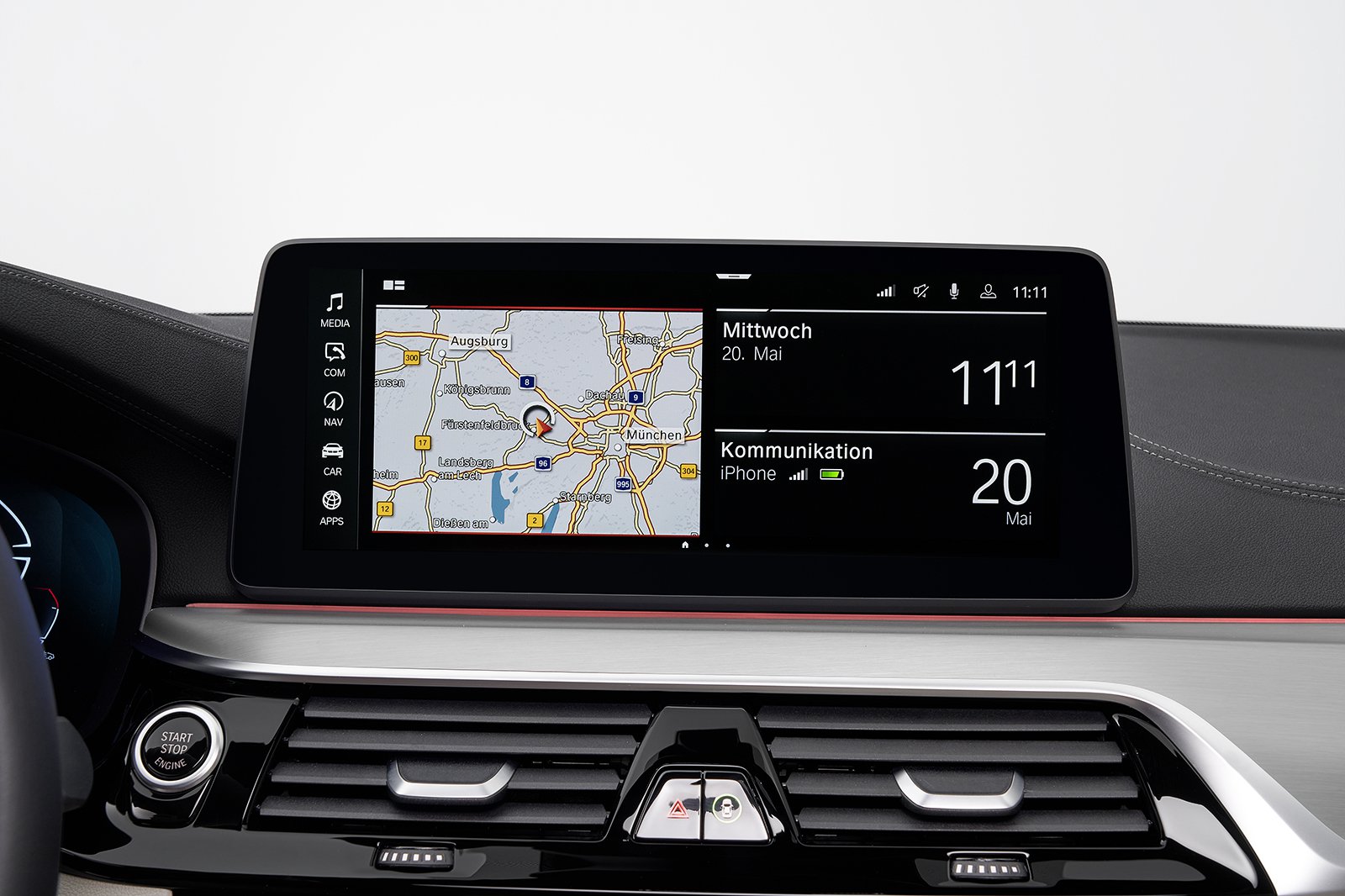 In the 2020 What Car? Reliability Survey, BMW finished 9th out of 31 manufacturers. Lexus was at the top of that list, but that result put BMW well ahead of Audi, Jaguar, Mercedes and Volvo. The 5 Series (in saloon form) performed even better, finishing near the top of the Luxury car class in third place, ahead of the E-Class, XF and Volvo V90.

And if something does go wrong, all 5 Series' come with a three-year, unlimited-mileage warranty, which is similar to the cover provided by most of its rivals.

All versions come with a minimum of six airbags and a host of electronic driver aids, including stability control. Autonomous emergency braking (AEB), with pedestrian detection, is also standard to reduce the chances of you accidentally running into the car (or person) in front. E-Call emergency phone response is also standard, which dials up the emergency services after an accident if you don't respond. Optional safety kit includes lane-departure warning, blind spot monitoring, automatic high-beam assist for the headlights, a driver fatigue detector and speed limit recognition. It's all part of the Driving Assistant Professional package, which also includes adaptive cruise control.

In 2017 the 5 Series scored the full five-star Euro NCAP rating for safety, but it got a poor score for driver leg protection and weaker scores for child chest protection than either the Mercedes E-Class or Volvo V90. Pedestrian protection was deemed better with the 5 Series, though.