If you are a self-confessed M car fanatic, you’ll probably know that the 3.0-litre straight six under the X3 M’s bonnet is a true M-fettled engine and shares very little with the same-capacity six that’s fitted to the X3 M40i. It churns out 503bhp: exactly the same amount as that of the Alfa Romeo Stelvio Quadrifoglio and Mercedes-AMG GLC 63S.

However, and a little disappointingly, the X3’s engine is the least savage of all these. It doesn’t have the bombastic soundtrack of the GLC, nor does it offer quite the alert throttle response of the Stelvio. It still makes the X3 M mighty fast, though, pulling from low in the rev range all the way up to its 7200rpm redline, and its cultured six-cylinder howl is anything but unpleasant.

The eight-speed automatic gearbox fitted to the X3 M Competition hesitates very slightly when setting off, but it's much better than the frustrating F-Pace SVR in that respect. Once on the move, it shuffles gears almost imperceptibly when left in its Efficiency mode. We actually wish there was more ferocity to the shifts when you set it to its most aggressive driving mode; this would better suit the engine’s crazy power output. Still, using launch control, the car will dismiss the 0-62mph sprint in 4.1sec, but that’s broadly in line with what the competition can achieve. Just bear in mind that the Stelvio Quadrifoglio and GLC 63S were both even faster against the clock when we tested them.

Every X3 M Competition provides various driving modes that control the engine response and steering weight, as well as how stiff the suspension is. Unfortunately, it doesn’t offer quite enough adjustment in the latter category to rectify the car’s biggest failing: it’s simply too firm for British roads.

It fidgets almost continuously over craggy roads and there’s noticeably more vertical movement over bigger undulations than you’ll encounter in a regular X3, even when Comfort mode is engaged. It's especially bad in an urban environment; sharp-edged bumps will have you wincing when the suspension does little to soak up the impact. It can be quite loud inside, too. The M-specific side mirrors whip up considerable wind noise, and the standard-fit 21in wheels kick up quite a racket as their wide tyres pummel the road surface. The Macan is a generally more refined performance SUV.

The M car fanatics we acknowledged earlier might willingly put these flaws aside on the promise of sublime handling, but there’s mixed news on that front, too. Despite BMW’s claims that it should feel just like an M3, the X3 M just can’t conceal its two-tonne weight and higher centre of gravity.

Yes, it does resist leaning over rather well, but it never feels as agile as a Stelvio in the bends, or as involving. Sure, the steering is precise but there's precious little communication from the front wheels. However, that clever 4WD system can be flicked to a Sport mode that sends more power rearwards should you want to play the hooligan. But, while it's a bit of a giggle to feel two tonnes of SUV slide around beneath you, it's merely a party trick that doesn't make up for the X3 M's shortcomings. 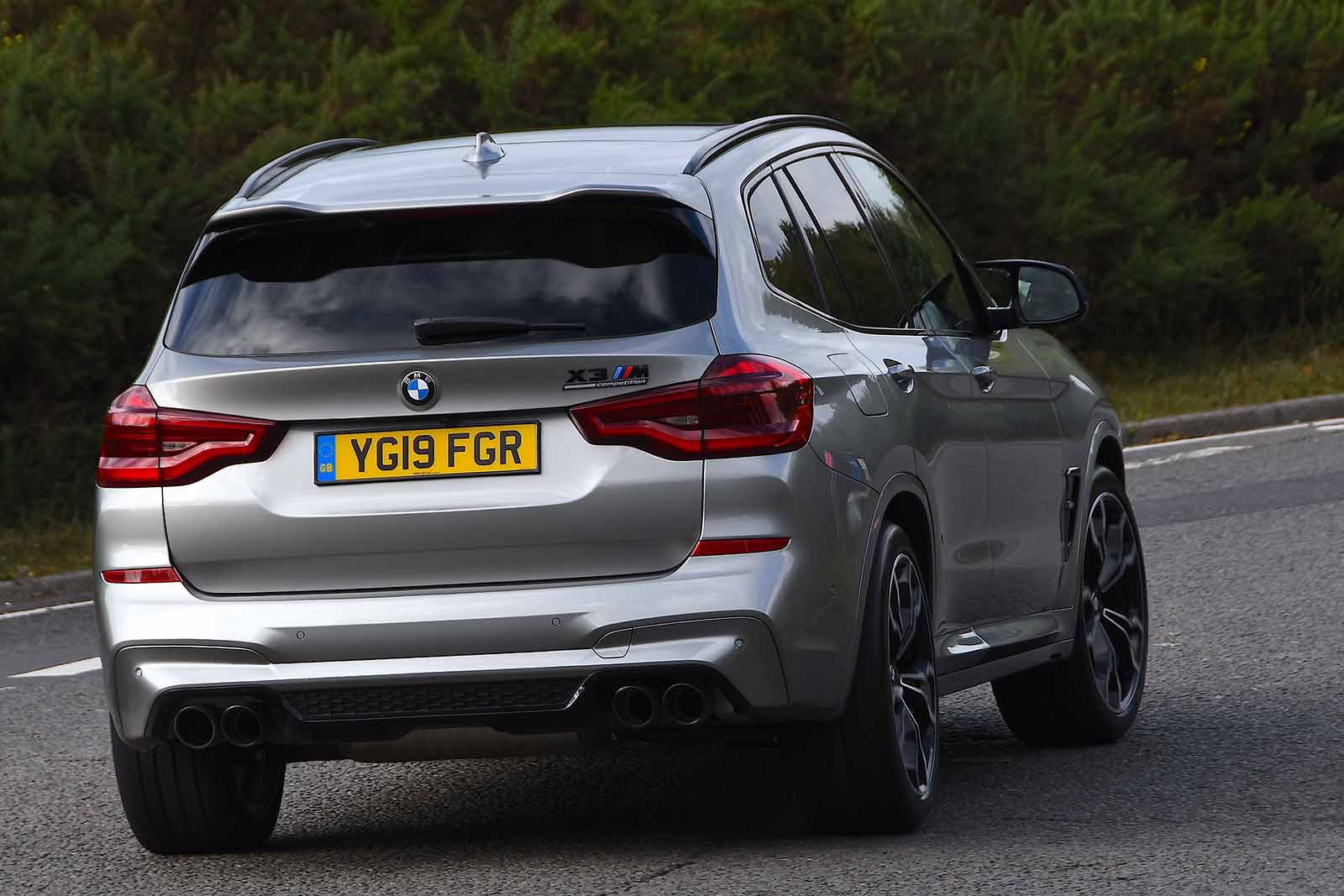