DS dug out all the mood boards when coming up with the concept for the 3 Crossback. In fact, it’s been likened to a French boutique, a designer handbag and even the DS Auto Salons – in other words, a posh showroom, and not one of those with an inflatable man flapping away on the forecourt.

The extravagant exterior design is matched by a similarly striking interior. The dashboard has an unusual layout, adopting a tessellation of diamond-shaped, touch-sensitive buttons and controls. Indeed, look around the interior and the diamond motif is everywhere, from the air vents to the speakers. Diamonds are a… yeah, you get it.

Does it work in practice? It's certainly a pain that most of the buttons aren’t old-fashioned push-switch affairs, because, being touch-sensitive, half the time it's hard to work out when you’ve pressed them. In the end, they prove almost as distracting to use as a touchscreen while driving.

Speaking of which, the infotainment system is a bit disappointing. It’s laggy and generally a fiddly to operate, and if you think you can avoid using it, you can't; that's where the temperature controls are sited. At least there are some key features, even on the cheaper models, such as the 7.0in screen (10.0in on Prestige trim), Apple CarPlay and Android Auto smartphone integration and DAB radio. The standard digital instrument display ahead of the driver is small but crisp; the T-Cross and T-Roc have larger digital displays with better functionality, but these are often optional.

The materials used are a bit hit and miss. On upper trim levels, there are plenty of soft-touch materials around the dashboard, but these disappear quickly as soon as you move down a level. Window controls and the parking brake are housed around the gearlever but are surrounded by silver-painted plastic that looks more like the bottom of a Ferrero Rocher chocolate packet then French premium design. Everything feels pretty robust, but quality is a far cry from the standards of the Audi Q2 and Mini Countryman.

As for the driving position, there’s plenty of adjustment and plusher trims get massaging seats and adjustable lumbar support. However, the driver's seat is pretty narrow and not very supportive in corners while the slightly domed bases leave you with a numb bum after an extended period behind the wheel. Room for your left leg is also limited due to a wide centre column that, on manual cars, traps your foot as you move it past the clutch pedal.

Visibility is poor for the class. The 3 Crossback's wide front pillars and the kink in the side windows inhibit your view around corners and to the sides, while the thick rear pillars block out much of what's behind. At least rear parking sensors are standard, and at night the adaptive LED headlights available on higher trims are good. 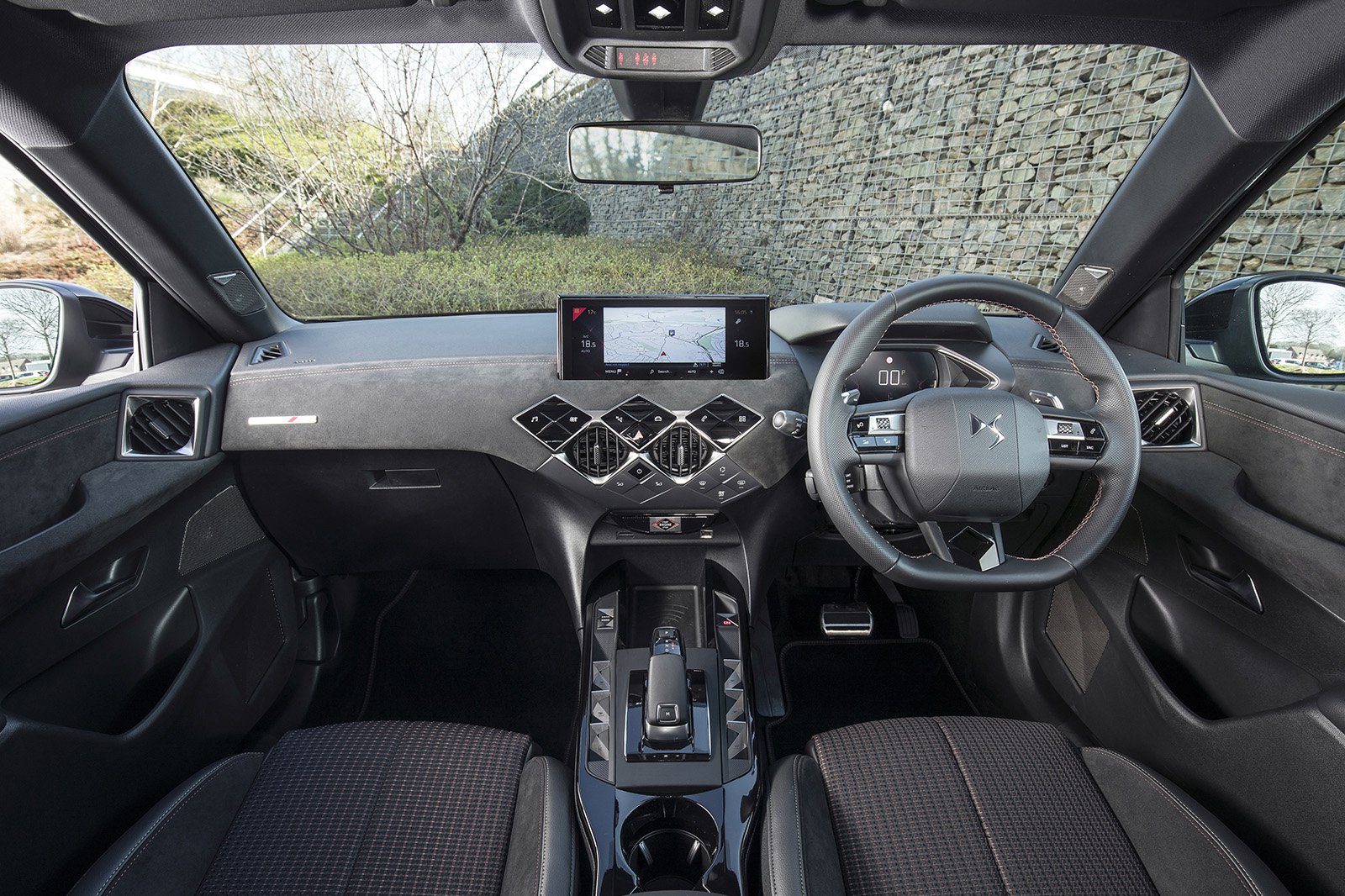