Choosing an engine for the Genesis GV80 isn’t hard because there are just two: one petrol and one diesel. The petrol, a 2.5-litre turbo, packs a hefty 300bhp and can hit 60mph from a standstill in 7.7 seconds. That’s a perfectly respectable time, but there are much faster versions of the Audi Q7 and BMW X5.

We’ve yet to try the petrol engine in the GV80, but we have sampled it in the G80 saloon – and it needs revving quite hard before it delivers its best performance. That's not an ideal trait in a car designed to waft its occupants around peacefully, which is why we suspect the 3.0-litre diesel is the better buy.

That’s despite the GV80 coming with something called Road Preview Technology, which is essentially a camera that scans the road ahead and primes the suspension to deal with such as potholes, speed humps and other obstacles. Frankly, the system doesn’t seem to work very well – potholes still send an uncouth thwack through the interior.

You’re jostled around annoyingly at urban speeds, so if comfort is a priority, we'd say that the Genesis GV80 probably isn’t the car for you.

The GV80 corners well enough for a luxury SUV and is more agile than a Land Rover Discovery. We’d prefer a more pronounced build up of steering weight when turning into corners on faster roads, but the relative lightness is welcome in urban environments. 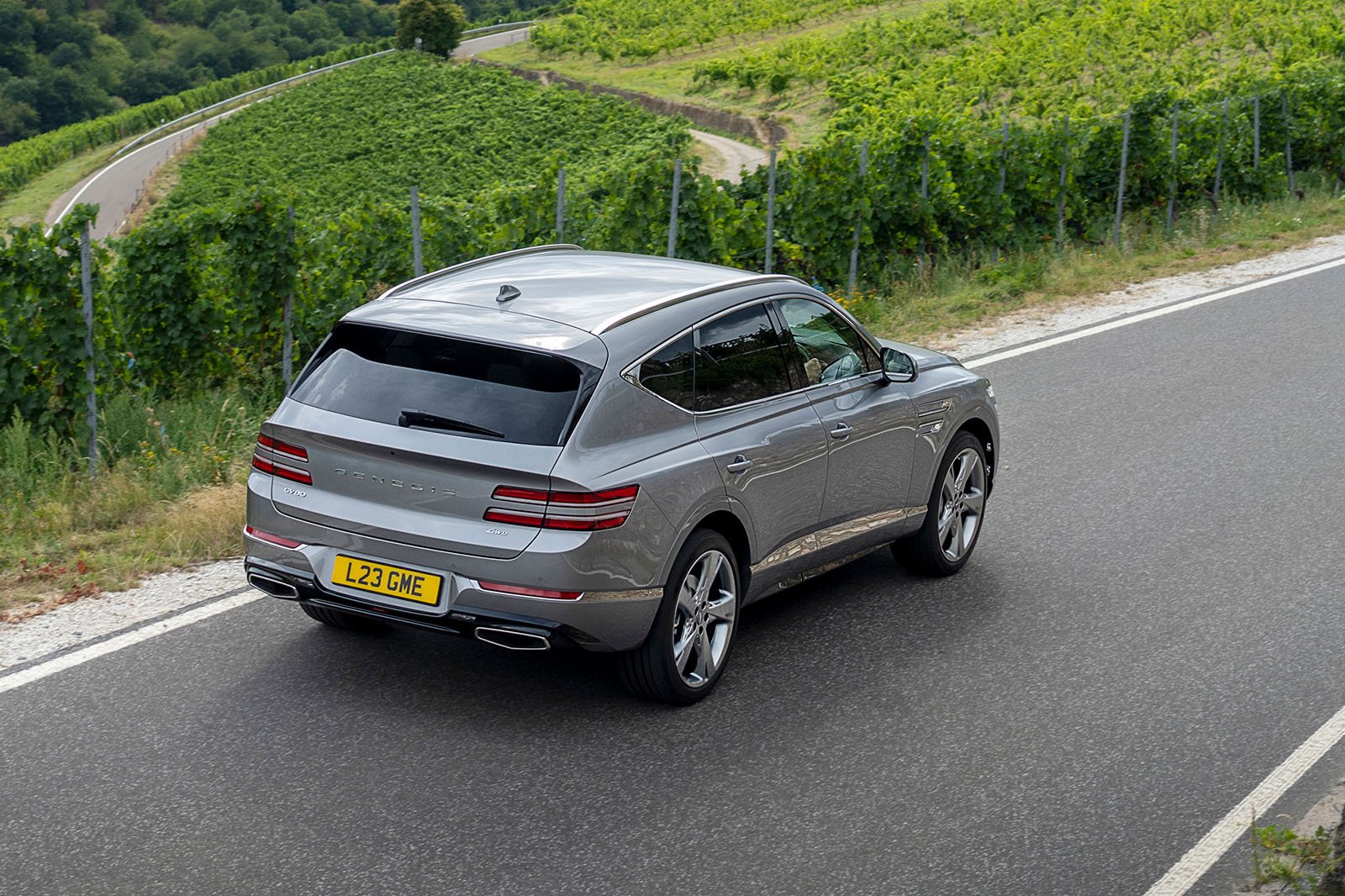