The HR-V looks quite expensive next to alternatives such as the Seat Arona and Suzuki Vitara, but most trim levels are cheaper spec-for-spec than the premium Audi Q2.

The CVT automatic gearbox is worth avoiding if you’re after the best in economy; it works the engine hard most of the time and causes it to use more fuel. The fact that it can only be chosen in conjunction with the petrol engines doesn’t help matters.

Entry-level S trim ticks the boxes for all the basics, but isn't over-endowed with kit. Climate and cruise control, 16in alloy wheels and automatic lights come as standard, but our favourite trim is SE. For not a lot extra it lifts the cabin with a leather gearlever and steering wheel, as well as rear electric windows and more active safety tech.

The range-topping Sport not only gets visual garnish such as dual exhaust pipes, a sporty bodykit, LED headlights and dark red leather/black fabric seats, but also gives you the more powerful turbocharged 1.5-litre petrol engine that's so much more enjoyable to use than either of the other options. However, it looks mighty pricey next to the Seat Arona FR and Volkswagen T-Roc R-Line. 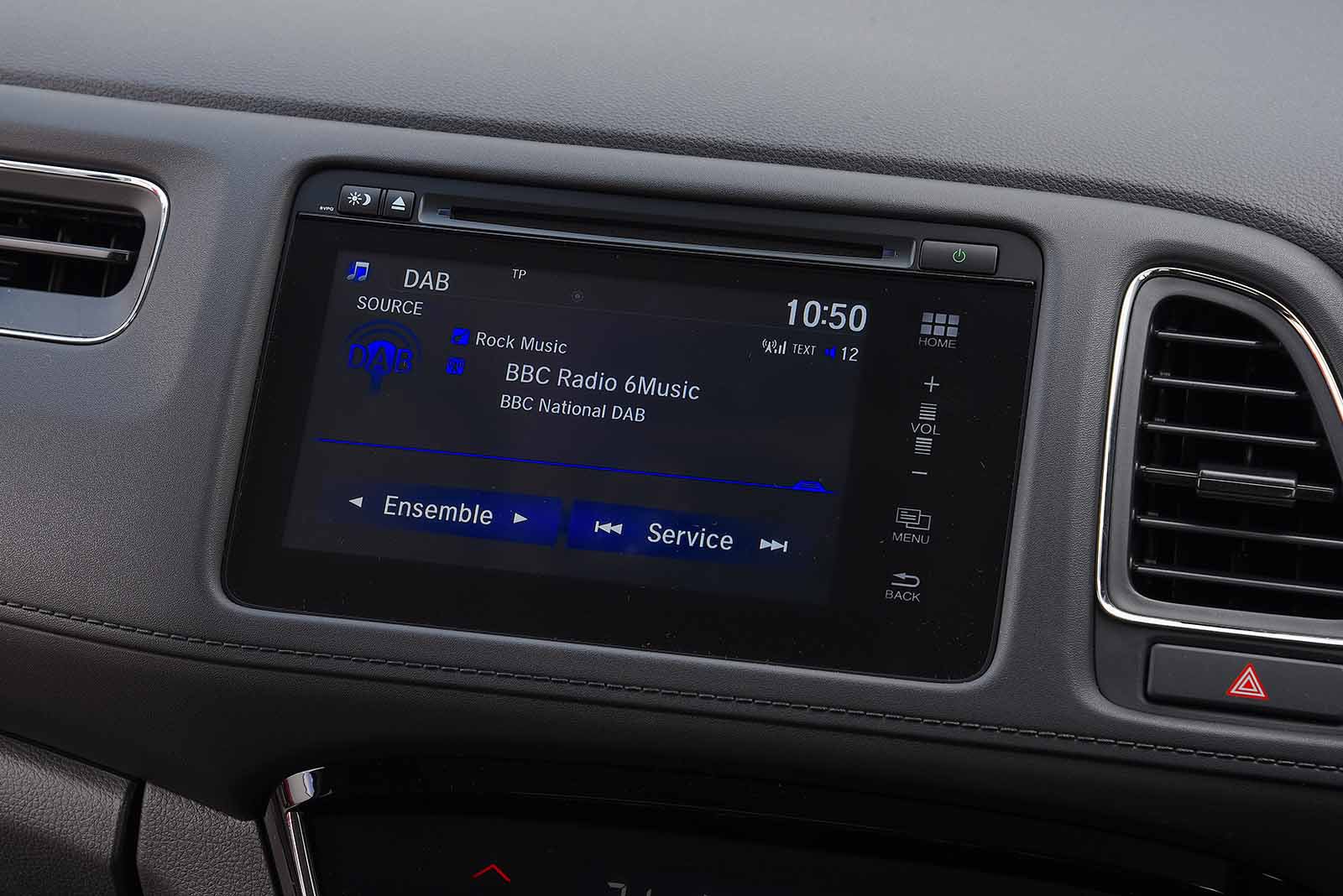 Despite Honda's good reputation for reliability, the HR-V performed poorly in the 2019 What Car? Reliability Survey. It finished 15th out of a total of 18 small SUVs and was beaten by cars such as the Suzuki Vitara, Nissan Juke and Renault Captur.

As a manufacturer, Honda performed a little, placing 10th out of 31 brands. This is behind Suzuki, but ahead of Nissan, Seat, Volkswagen, Renault and Audi.

Honda includes a three-year, unlimited-mile warranty with all of its cars. Also included is a five-year exhaust rust warranty, as well as a three-year body corrosion, 10-year chassis corrosion, and 12-year structural corrosion guarantee.

You get an impressive amount of safety equipment with the HR-V. Automatic emergency braking (AEB) is standard on all HR-Vs, and mid-spec SE versions and above also get lane-departure and forward-collision warning systems, headlights that switch between dipped and full beam automatically, and road-sign recognition. An alarm and engine immobiliser are standard across the range.

Euro NCAP gave the HR-V a five-star safety rating, partly thanks to its impressive list of standard safety features. However, the organisation’s testing regime has become more rigorous since it was tested back in 2015. As a result, five-star rivals that were evaluated more recently, such as the Volkswagen T-Roc, should prove even safer.