The HR-V’s driving position isn't particularly lofty, which means it feels more like a high-riding hatchback rather than a proper SUV from the driver’s seat. However, the same is true in many rival SUVs, including the Volkswagen T-Roc and Seat Arona.

The seat is comfortable, though, and there’s enough adjustment to it and the steering wheel to suit drivers or most shapes and sizes. Every HR-V comes with a height-adjustable driver’s seat, but lumbar support adjustment doesn’t feature even as an option.

You’re rarely caught searching for buttons on the dashboard rather than paying attention to the road, although we would prefer dials for controlling the interior temperature rather than fiddling touch sensitive pads.

You get a good forward view thanks to the HR-V’s tall, broad windscreen and thin front pillars. Even though the window-line feels higher than in many rivals, there’s still enough depth to the side windows to ensure decent visibility at junctions and roundabouts, too.

Over-the-shoulder visibility isn’t quite so good, because the HR-V’s pinched rear styling means the rear windscreen is relatively small. Even so, front and rear parking sensors come as standard from mid-level SE trim – our favourite model in the range.

Range-topping EX models get a rear-view camera from the factory, although, disappointingly, you can’t add parking sensors to entry-level S cars at all. 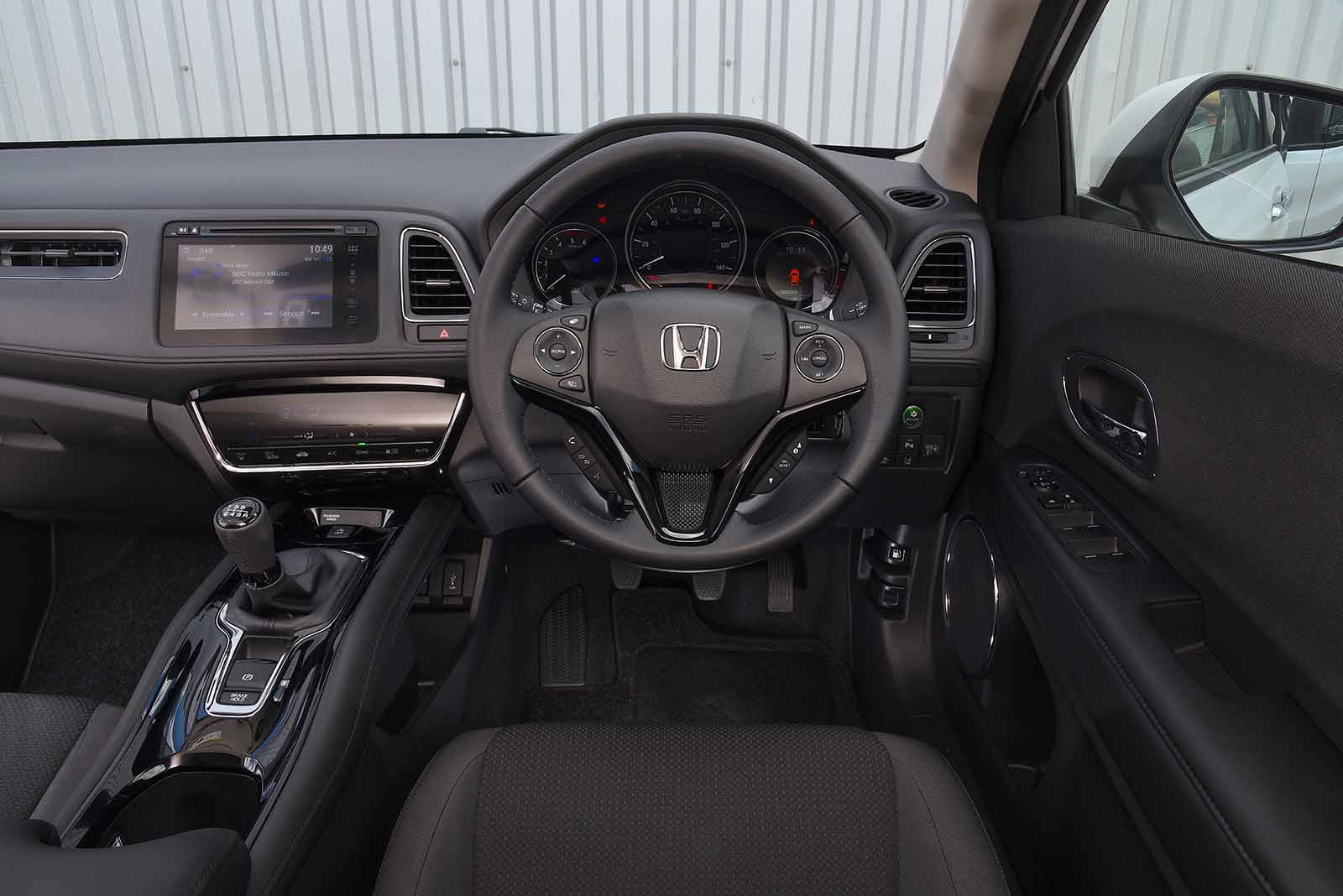 The HR-V falls behind its rivals here. Entry-level S models get a very basic colour screen with shortcut buttons dotted around the outside. You get a CD player, Bluetooth and DAB radio but nothing to really get you excited.

Trim levels from our favourite SE and above get a completely different system  – a 7in touchscreen without any physical buttons around the outside, giving it a cleaner look. Sadly, it's nowhere near as intuitive as the best touchscreens in the class (that of the Volkswagen T-Roc is our favourite), let alone rotary controller-interfaced systems such as that in the Audi Q2.

The Honda system is let down by fuzzy, dated-looking graphics, slow responses and confusing menus with small icons. To make matters even worse, it doesn’t give you Apple CarPlay or Android Auto, either.

While the infotainment is quite disappointing, the HR-V is certainly one of the better cars in this class for interior quality. A good blend of textured materials and well-damped switchgear give the HR-V a relatively classy interior by the standards of small SUVs. Some cheaper-feeling plastics on top of the dashboard and door cards let the side down slightly, but everything feels solidly put together. In short, it's no Audi Q2, but it's classier inside than the Volkswagen T-Roc.

Happily, this is the case from the bottom of the range to the top, but there’s no denying that range-topping cars feel even plusher inside. Their standard leather seats and leather-effect door trims add an extra sense of luxury over the cloth seats of S and SE models. Sport trim gets an honourable mention thanks to its leather-effect dash panels, red accents and cloth panels on the door cards.