It’s a shame that the best HR-V engine is reserved exclusively for the top-spec Sport model. The turbocharged 1.5-litre petrol makes 180bhp and feels anything but slow. It pulls strongly from low in the rev range, endowing the HR-V with the kind of in-gear flexibility that makes for effortless overtakes on country B-roads. It’s also an engine that loves to rev, rewarding you for taking it over 5000rpm. We really like it.

The non-turbocharged 1.5-litre has 128bhp but much less shove than the turbo 1.5. While it has enough power to pootle around town, it’s wholly out of its depth on the motorway where overtakes seem to take ages. You could almost say the opposite about the 1.6-litre diesel; it feels a bit flat at low revs around town but does have enough go to not feel dangerously slow on fast roads.

As mentioned earlier, the diesel is manual only but don’t let that put you off; the manual gearbox has a short, fast action and a mechanical feel that makes it enjoyable to use. A CVT automatic is optional with the two petrol engines, but it proves a bit of a mixed bag in use. It does a good job of keeping the engine revs low at slow speeds, but, as soon as you want to accelerate, it flares the revs and keeps them high as your speed increases. This can can get bothersome on a long journey. Fortunately, the 1.5-litre turbo’s extra power makes this issue far less apparent than is the case with the less powerful engine.

Over large bumps such as sleeping policemen, the HR-V’s body stays nicely controlled and you rarely experience any unnerving body bounce along fast, undulating roads. However, the standard HR-V has a fairly firm suspension so you’re more aware of smaller bumps as they pass beneath the car than you would be in a VW T-Roc.

The Sport model has a tweaked suspension setup with different dampers so it’s even stiffer than the normal HR-V. As a result, it is a little less successful at masking smaller road imperfections than even the normal HR-V. Sharp-edged ruts and potholes can occasionally send a nasty jolt through your seat. The HR-V Sport can prove fidgety at speed on patchy surfaces, too. 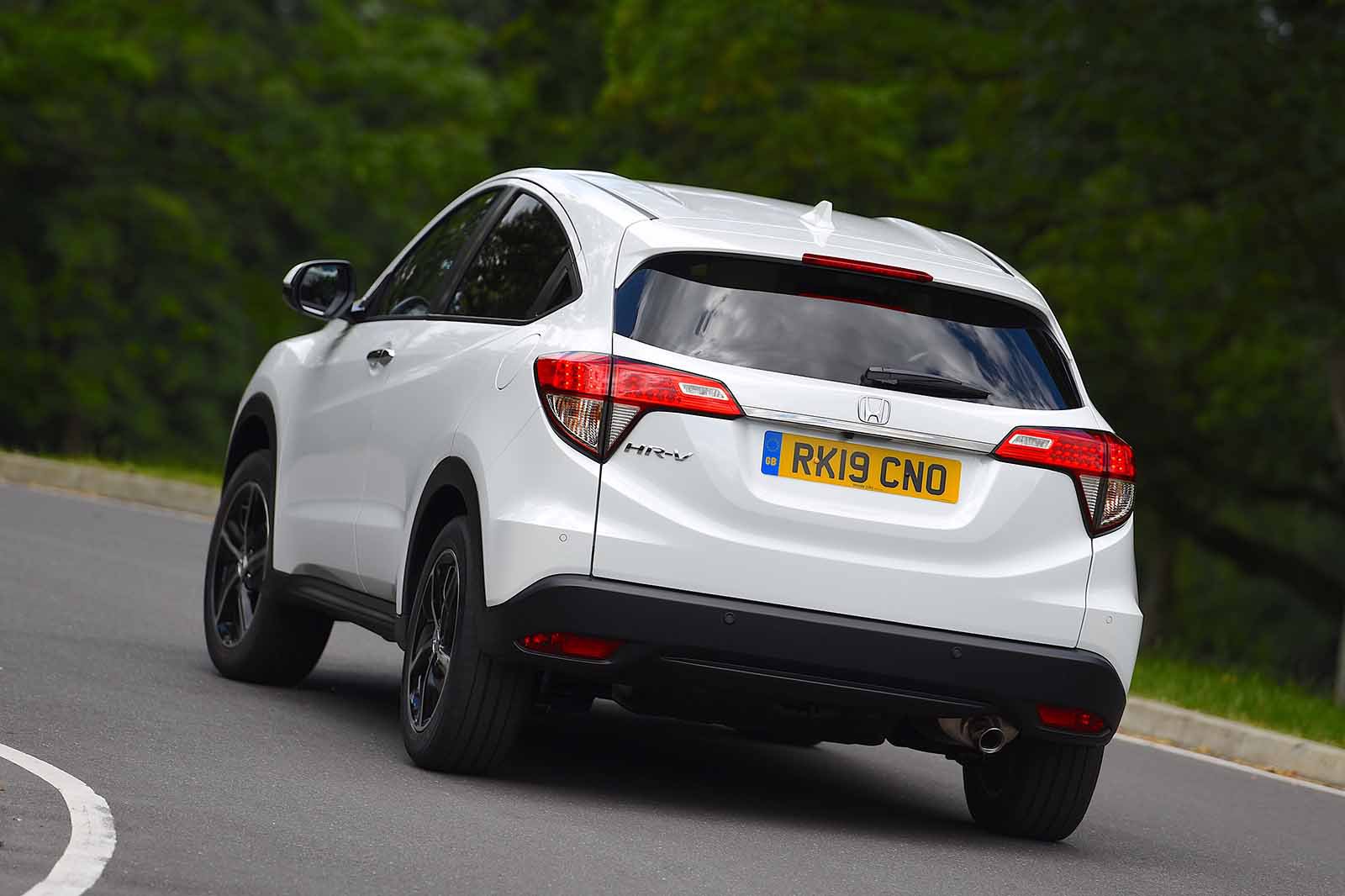 The HR-V is one of the better-handling cars in the small SUV class, but it isn’t perfect.  There’s also a good amount of body lean but it’s quite progressive and manageable by simply slowing down a bit. Although the HR-V's steering is precise and easy to judge, it’s a little too light just off-centre at speed and then weights up noticeably with a little lock on. Conversely, at parking speeds it’s actually pretty heavy just off-centre.

Meanwhile, the range-topping Sport, with its own unique, much firmer suspension set-up, is the sharpest HR-V to drive – just don’t expect it to feel as sporty in the bends as the Audi Q2 or Seat Arona. Despite its name, Honda has clearly focused on the Sport remaining an uncompromised family car rather than a ‘hot’ SUV. It’s certainly a better handling car than the Renault Captur, though.

The turbocharged 1.5-litre petrol engine is the quietest and smoothest in the range. With more low down grunt than the non-turbocharged version, there’s no need to rev it as hard and it fades into the background at speed. This can’t be said for the diesel – an engine that is gruff and intrusive when you accelerate and that vibrates noticeably at a cruise.

The optional CVT automatic gearbox does nothing to keep noise levels down; as we mentioned above, it often causes the engine to stay at high revs under even moderate acceleration.

Meanwhile, no matter which engine you choose, tyre noise is noticeable – particularly on coarse surfaces. On the other hand, wind noise in the HR-V isn’t too bad.