The F-Pace is available with six different engines, all of which employ all-wheel drive and an eight-speed automatic gearbox. The mild-hybrid 3.0-litre ‘Ingenium’ six-cylinder petrol engine (badged P400 MHEV) is impressively quick; thanks to 394bhp ,its 0-62mph time is just 5.4 seconds. However, a Porsche Macan S is still a more involving drive due to the F-Pace’s inconsistent accelerator response and occasionally dim-witted eight-speed gearbox.

For company car drivers, the P400 will be somewhat overshadowed by the similarly priced P400e plug-in hybrid; on paper it’s just as quick as the P400, but pumps out significantly less CO2 and is officially capable of 33 miles of electric-only driving. As we’ll discuss in more detail later, this will make the P400e significantly cheaper to run.

We suspect, though, that for private buyers, the sweet spot in the range will be the mild-hybrid 201bhp 2.0-litre diesel (badged D200). When we sampled this engine in the Jaguar XF Sportbrake, it proved impressively punchy from low revs and plenty quick enough to whisk you up to motorway speeds without any fuss. A cheaper, less powerful D165 version of this engine is also offered, as is a six-cylinder diesel, but we have yet to try them.

We've tried both the standard 'passive' suspension and the more sophisticated adaptive set-up, called Adaptive Dynamics. The latter comes as standard on the D300, P400, P400e and on all versions in the range-topping HSE trim.

The passive set-up is firm around town – with the larger optional alloy wheels exacerbating the problem – and while things improve with speed, the ride is still a bit busy on the motorway. On the plus side, there's very little of the wallowy body bounce you might associate with old-school 4x4s along undulating country lanes.

The adaptive set-up is better, though. Switch it to its most comfortable setting and it's noticeably more supple than the passive suspension, although there’s still a firm edge over battered city streets. 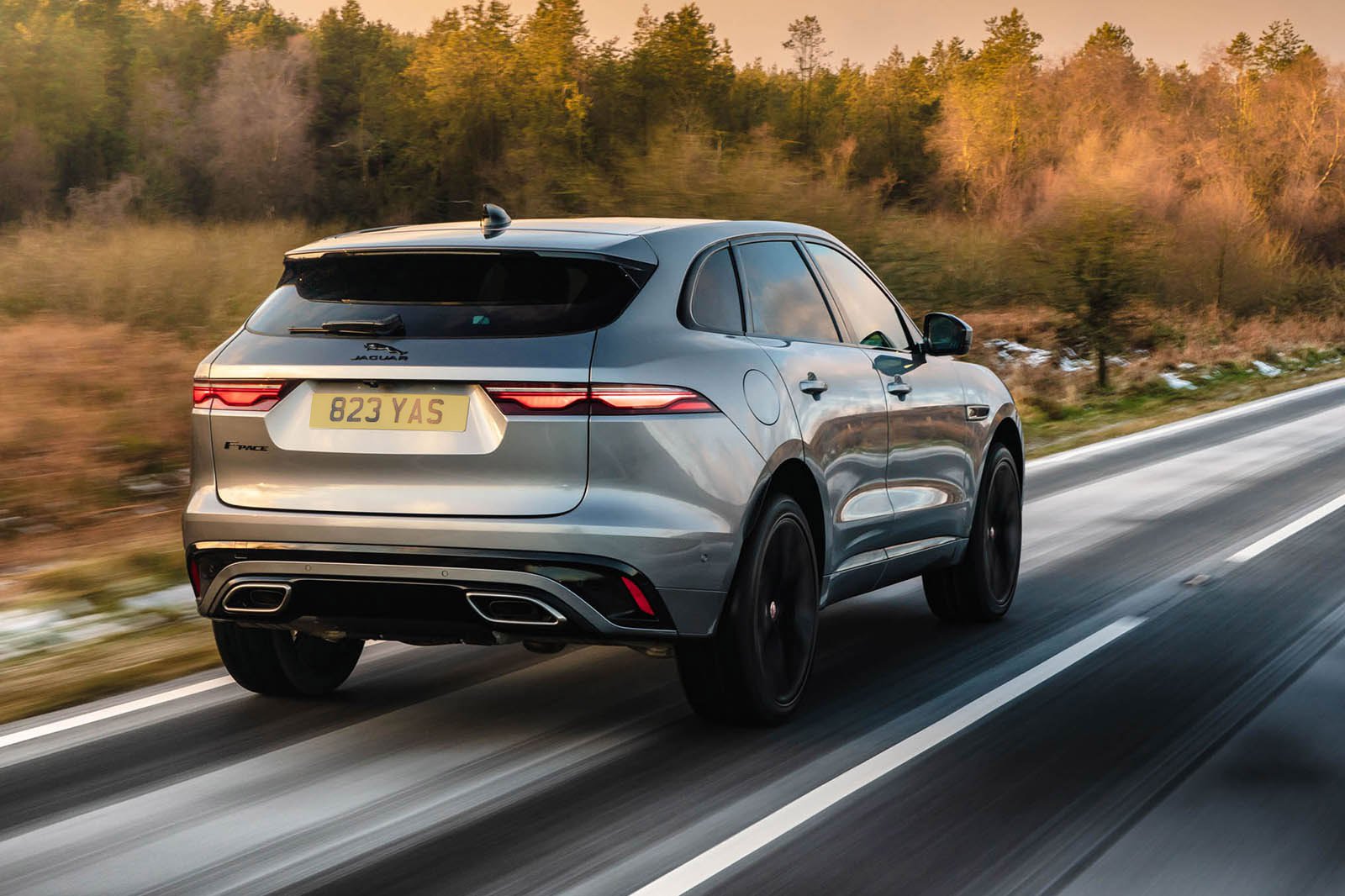 If you want your SUV to scythe through bends more like a hot hatch on stilts than an old school 4x4, you’ll love the Jaguar F-Pace. It’s the way it flows through fast bends that impresses most; the F-Pace may be lighter than most of its rivals, but it's still a 1.8-tonne SUV (two tonnes in the case of the P400e) and yet genuinely feels as agile as many hatchbacks.

It’s only through really tight corners and sudden direction changes that you remember you’re driving something a bit taller. Even then the steering is always precise, building weight at just the right time and with the right consistency to reward you for your efforts.

On versions with adaptive suspension, engaging Dynamic mode tightens up the handling even more, but doing so is best left for super-smooth roads. R-Sport models stay flatter in corners thanks to their lowered, stiffened sports suspension. The only other SUV that handles as well is the pricier Porsche Macan.

The 3.0-litre six-cylinder P400 petrol engine is smooth and subdued when you’re just pootling about, but put your foot down and you’re treated to an intoxicating six-cylinder howl. It’s certainly a more characterful soundtrack than the one produced by the Porsche Macan S.

We’ve yet to sample the D200 2.0-litre diesel in the F-Pace, but in the XF we found it to be quiet both around town and at a cruise. Neither will be as hushed as the P400e, though, especially when mooching along at town speeds in its near-silent EV mode.

Less positively, there is still quite a bit of road noise and the odd clonk from the suspension along poorly surfaced roads, although higher-end models with the Meridian sound system feature noise-cancellation to mitigate some of this. The standard eight-speed automatic gearbox can frustrate with its tendency to dawdle during shifts.