To make things simple, there’s only one model and it comes with a 64kWh battery. Officially, this will manage up to 280 miles between charges. With 201bhp, it’s brisk, too. Like the bigger Kia e-Niro, it feels urgent from the moment you put your foot down and continues to pull consistently up to motorway speeds. 0-62mph takes just 7.6sec, which is the kind of pace that will match the fastest Nissan Leaf and completely outgun an Volkswagen e-Golf or Renault Zoe. Indeed, it’s as rapid as all but the quickest petrol or diesel-powered Seat Atecas. It’s all too easy to trigger the Soul’s traction control when pulling out of T-junctions and on to fast moving roads, though, because all that power is sent to its front wheels alone.

Naturally, being electric, Soul EV’s pace is cloaked in serenity. Its motor emits nothing more than a faint murmur when pushed — the Soul EV is even quieter than the e-Niro in this respect — and the Soul EV is a far more tranquil travelling companion than any equivalent diesel SUV. You’ll notice some road and wind noise at 70mph, but the suspension thudding noticeably over bumps is the most prevalent audible intrusion around town.

The brakes are pretty progressive, which isn’t something you can say of all electric cars. That’s because their regenerative braking systems, which top up the battery while the car slows down, can make their brake pedals feel inconsistent, leading to jerky stopping. The Soul EV’s brakes, though, are almost as progressive as those of any regular car. You can vary the amount of regeneration using paddles on the steering wheel, and when the system is set to maximum you can stop the car pretty effectively simply by lifting off the accelerator. Cleverly, the Soul can automatically increase the regenerative braking effort if it senses traffic slowing in the road ahead, further helping to recharge the battery and making for a more relaxed driving experience.

Speaking of suspension, the ride is quite a bit more comforting than that of the Hyundai Kona Electric, but firmer than the e-Niro. The Soul controls its body movements well over undulating B roads and takes the sting out of potholes. That said, it’s still choppier than the rather more sophisticated ride you’ll experience in the Volkswagen e-Golf; the Soul fidgets slightly at all times, even on smooth roads.

Electric cars tend not to handle as deftly as the best conventionally powered rivals, primarily due to weight — their big batteries are heavy, and more weight nearly always equals less agility. So, if you want an SUV that handles sharply, for now at least, we’d suggest sticking with petrol or diesel rivals such as the Seat Arona or Ateca.

Even next to other electric cars, such as the e-Niro or e-Golf, the Soul EV rolls a little bit more through twists and turns although this is by no means disconcerting. The steering is quicker than you might expect, too, although you soon get used to it and it doesn’t make the car feel too nervous on the motorway. Placing the nose of the Soul in bends is easy, too. 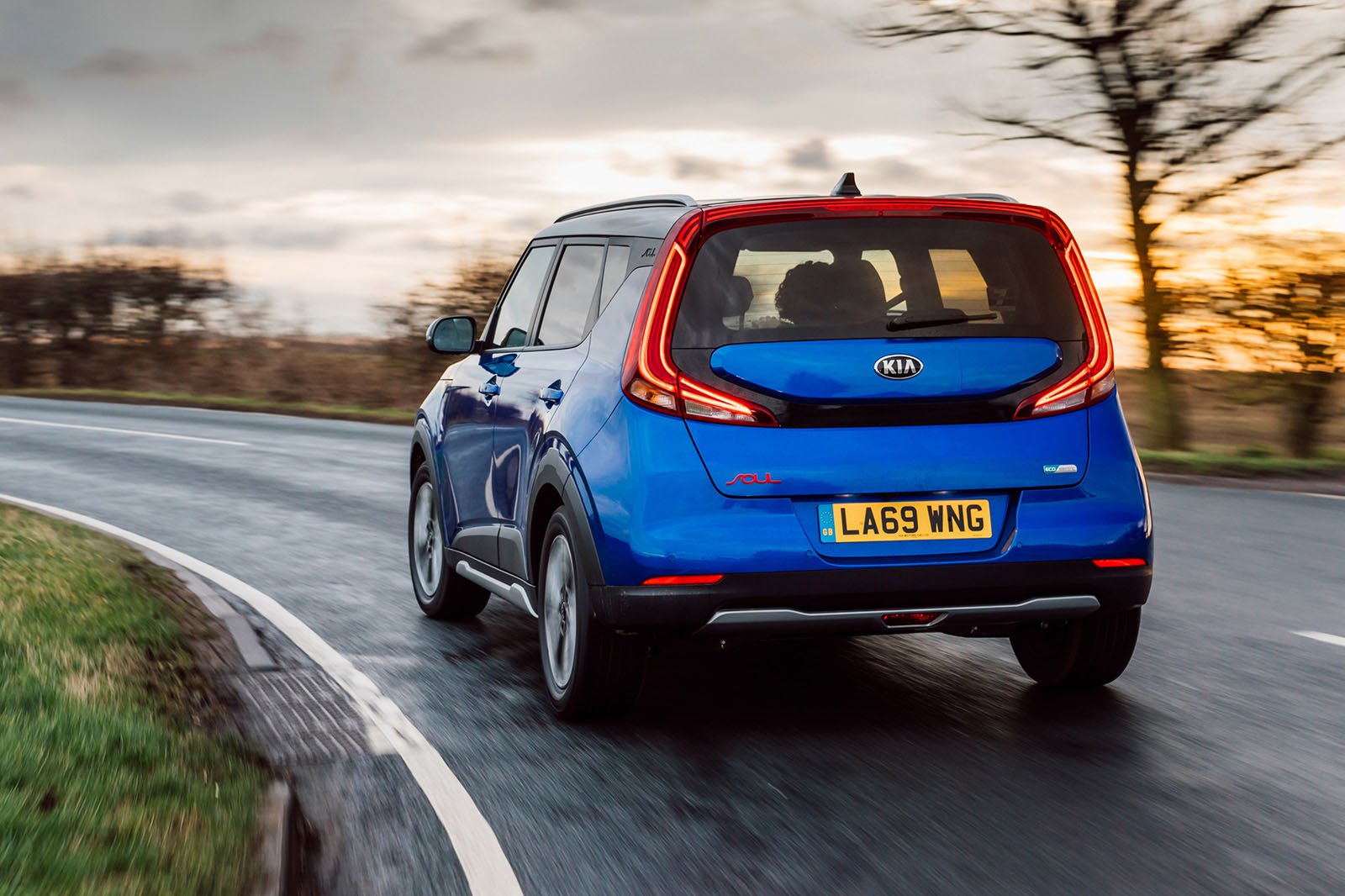