The LC Convertible isn't available with the 295bhp 3.5-litre V6 petrol-hybrid engine you can get in the Lexus LC coupé, just the 5.0-litre V8. But who needs choice when the lack of it forces you down the route of a naturally aspirated V8 that plays a tune like this?

Seriously, if you enjoy the sound of a big-capacity petrol engine, you’ll love it. It’s smooth and woofly when you’re boulevarding, but when you hit the accelerator hard and rev it out past 7000rpm, it takes on a highly tuned, racing timbre. It sounds sensational – more thrilling than the BMW 8 Series Convertible and less contrived than the Jaguar F-Type Convertible.

The 10-speed automatic gearbox occasionally gets confused and hesitates, but more often than not it’s slick and quick with the changes, especially on the downshifts in manual mode.

If you want a real driver’s car, our advice is to aim for the more nimble 911 or the smaller BMW M4 Competition Convertible but the LC feels spry next to the Bentley Continental GT Convertible and the 8 Series. The steering has a natural weighting and predictable rate of response as you wind on the lock.

If you pop the driving mode to Sport, it stiffens the adaptive suspension just the right amount for bumpy UK roads and removes the loose body float. The LC turns in to corners keenly and feels light and grippy enough to throw around gamely.

Compared with its four-wheel-drive rivals – such as the Continental GT Convertible and the 8 Series – it's not as locked down on the traction side as you power out of bends, but if you enjoy something more playful, we think you’ll enjoy the rear-wheel-drive LC’s liveliness.

In Comfort mode, the ride has a slightly fidgety feel on rippled sections of motorway – a bit like in a 911 – but it isn't jarring. Any really nasty callouses, on faster roads or around town, are dealt with cleanly, so overall it’s a comfortable car.

What’s really impressive for a car with a soft, canvas roof is the lack of hullabaloo – well, engine noise aside. Even that settles into the background at 70mph, and there’s next to no road or wind noise compared with the Aston Martin DB11 Volante and 911 Cabriolet. 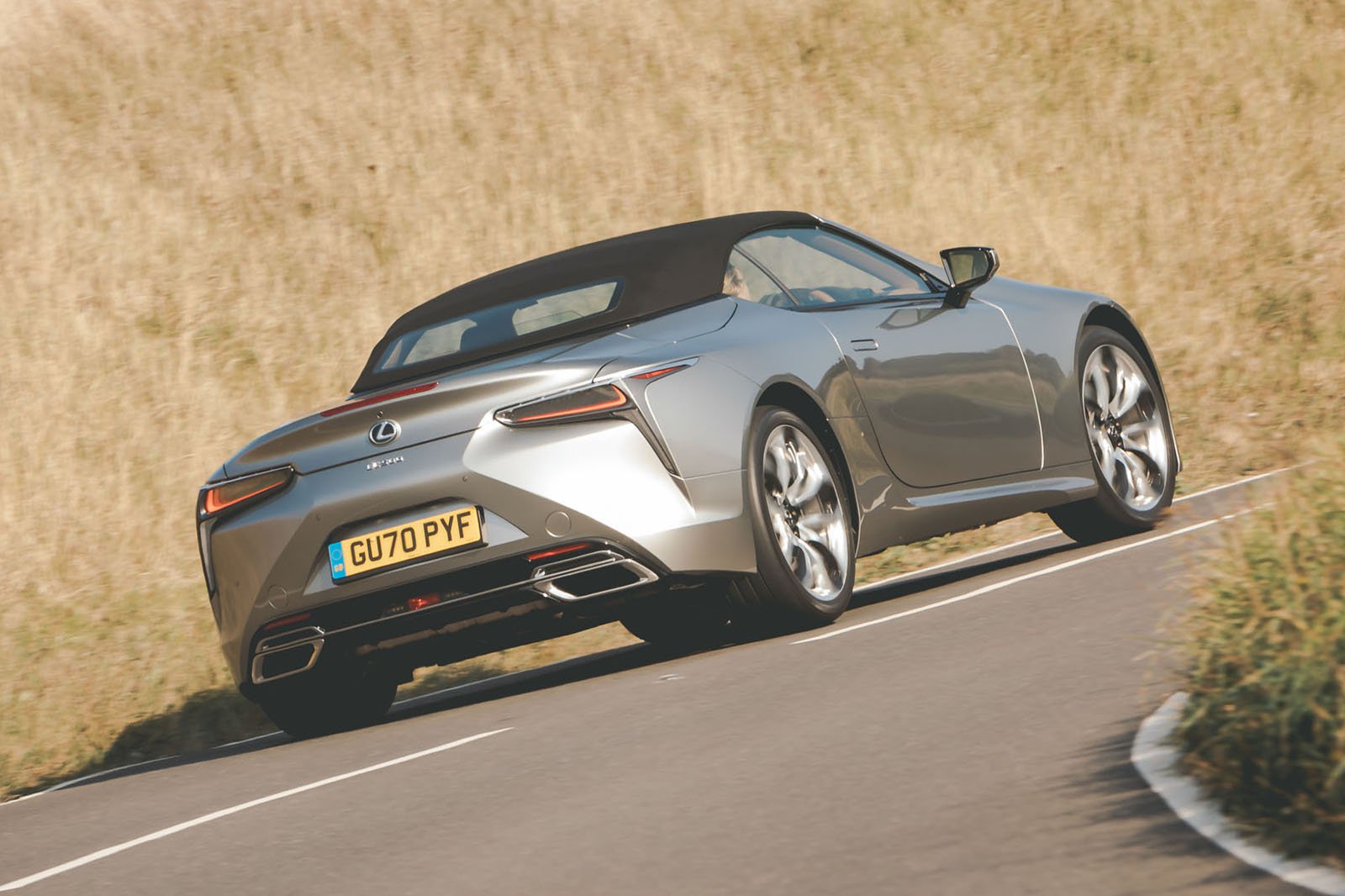