Dominated by its twin, glossy, widescreen displays, the GT 4-door’s interior will, for the most part, remind you of Mercedes’ higher-end saloon cars. Inevitably, that means a slightly chintzy mix of gloss black plastic and knurled chrome. Thankfully, buyers are given the option of open-pore wood, glossy carbon fibre or matt carbon, all of which look a fair bit classier.

While we’re on the subject of class, the GT’s dashboard is finished in Artico (read man-made) leather as standard. Whilst it’s not offensive, it does look a little cheap in such an expensive car. Thankfully, a quick raid of the options list replaces the Artico with real hide of a much finer grain.

Of course, interior style is a matter of taste. More concerning is how closer inspection reveals a few creaky panels and stitching that doesn't line up where the doors meet the dashboard. There are also plenty of cheap-feeling plastics around, including a visually dominant centre console finished in fake aluminium — or silver-painted plastic in layman's terms.

The driving position is high for a sports car, or a Panamera or Aston Martin Rapide for that matter, and feels similar to the E-Class on which it is based. There's also quite a lot of transmission tunnel encroachment to the footwell area, which takes some adjusting to after the Panamera's largely excellent cockpit. Still, there’s tonnes of adjustment, so, whether you’re built like Danny DeVito or Arnold Schwarzenegger, you’ll be able to get comfortably seated. The sports seat's deep side bolsters and supportive cushions are great, and there's lumbar adjustment on all versions.

The centre console features an array of individual toggle switches and buttons that control the car’s drive modes, air suspension, active exhaust, stability control and more. Each switch or button has its own small display, to indicate which state the function is in. They make it easy to flick between the many and various settings by obliging you to look away from the road only briefly – the Panamera's touch-sensitive buttons are far harder to operate on the move.

If that isn't handy enough, the steering wheel gets a rotary dial for switching between the drive modes, as well a couple of configurable buttons to which you can assign your choice of settings. These are spot-on in terms of usability, but returning to the quality theme briefly, feel ever so cheap.

The infotainment system uses a 12.3in touchscreen that sits next to the 12.3in digital instrument screen. Both are clear with good graphics, but their operation could be easier. You can control the infotainment screen through a central touchpad or another touchpad on the left-hand spoke of the steering wheel. In that respect it is the same as the latest A-Class. However, the GT doesn't share the A-Class's most up-to-date software, and, as a result, it doesn't work as smoothly. The touchpad feels less well synched to the screen, so you struggle to hit the icons you want, and there's lots of lag after you've selected a command. Mostly the menus are pretty easy to navigate, though, and it's a far better system than you'll find in the Rapide.

Visibility isn't as bad as you might imagine for a coupé, and you get standard front and rear parking sensors, a rear-view camera and bright adaptive LED headlights. 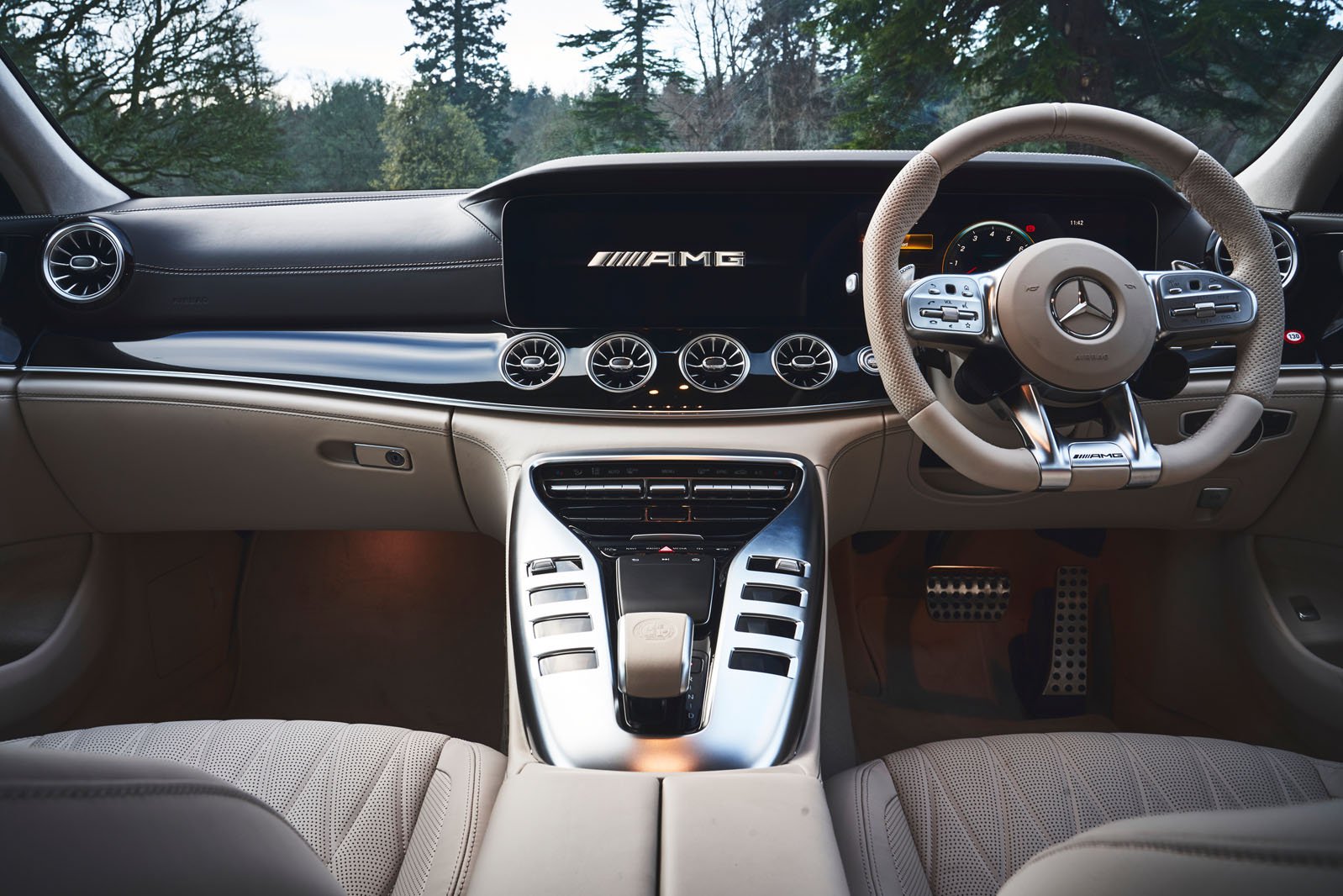