AMG’s fabulous 4.0-litre V8 has been tweaked to produce 630bhp for the top-level GT 63 S derivative, backed up by 664lb ft of torque. Now, there was a time when 0-60mph in around seven seconds was worth bragging about. But the GT 63 S will bang out that speed in a mere 3.2sec; in 7.2sec it's doing 100mph, and we know that to be true because we've tested it.

For the record that's just a little faster than a Porsche Panamera Turbo S E-Hybrid. Deploy The GT 4-door's highly effective launch control software — this synchronises its engine's output perfectly with the traction available from its 4Matic four-wheel-drive system — and it’s not even tricky to achieve those acceleration figures time after time.

Then there's the noise. While the Panamera's V8 makes a mellifluous woofle, AMG's V8 — while achieving its nuclear power station levels of energy output — emits a sound that's something akin to maniacal thunder. That’s not a criticism, by the way, it’s quite joyous.

The non-S GT 63 might make do with ‘just’ 577bhp, but still feels crushingly rapid on the road and sounds just as mighty. Unless your name is Chuck Yeager, you’ll probably find it more than fast enough.

That said, the engine's power delivery becomes quite docile under a light throttle and it's a doddle to drive smoothly when you're not embarrassing supercars away from the lights. The nine-speed gearbox works slickly through its gears in auto mode, and the only issue arises when nudging the car backwards and forwards into a tight parking spot — it tends to lunge in either direction, rather than allow you to tickle it carefully those last few centimeters. In manual mode the changes are brilliantly fast, and the brakes (either the standard steel or optional carbon ceramic variants) are powerful but oh-so easy to meter.

It weighs more than two tonnes, but this five-metre-long behemoth is still much lighter than a Panamera Turbo S E-Hybrid — of course it is, the Panamera has its hybrid system's batteries weighing it down. As a result, the GT 4-door feels quite a bit lighter and nimbler than the E-Hybrid (less so relative to non-hybrid versions of the Panamera). Okay, it leans a little more when you really push it on a track, but on the road you barley notice this and can simply delight in the GT's hunkered-down feel.

If you switch its adjustable air suspension to either Sport or Sport + modes the vertical body movements, over even tortuous humps taken at high speed, are beautifully controlled for a car of its mass. And there's no shortage of fun here, either. Its four-wheel drive system delivers added playfulness compared to the Panamera's, which feels technically very proficient but not that exciting. In the GT 4-door you can revel in the feeling as the rear end squats and squirms when you prod the accelerator with enthusiasm out of turns, or you can switch the GT to full rear-wheel-drive mode — if you’re determined to smoke it like a deranged joyrider.

The only slight issue is its steering. While it gives you a decent sense of connection to enable you to place the car easily, it's not as consistent as we'd like in either its weight build up or gearing through bends.

So, the 4-door lives up to the 2-door GT’s reputation for ferocious performance, but does it deliver the comfort that's demanded by luxury saloon car buyers? No, it's nowhere near supple enough to compete with the likes of a regular S-Class, or even performance versions, such as the S63. In fact, the GT 4-door rides more like the two-door GT. We're not to saying it's an intolerable boneshaker, or that it crashes harshly over calloused town roads, but it is firm enough that rippled motorways have it bobbing up and down like a sugar-fuelled child. This is an area where the suppler Panamera proves calmer and more cosseting.

An area where the Panamera outshines the GT 4-door more significantly is road noise. Now, don't think that as a compliment towards the Panamera; compared to a limo, it too is pretty raucous at 70mph. But the GT 4-door is something else entirely, with unacceptable roar from the tyres on the motorway and consistent loud twangs from the suspension over sharp bumps. It is quite unacceptable for a car that aims to be a luxury grand tourer costing way north of £100k. 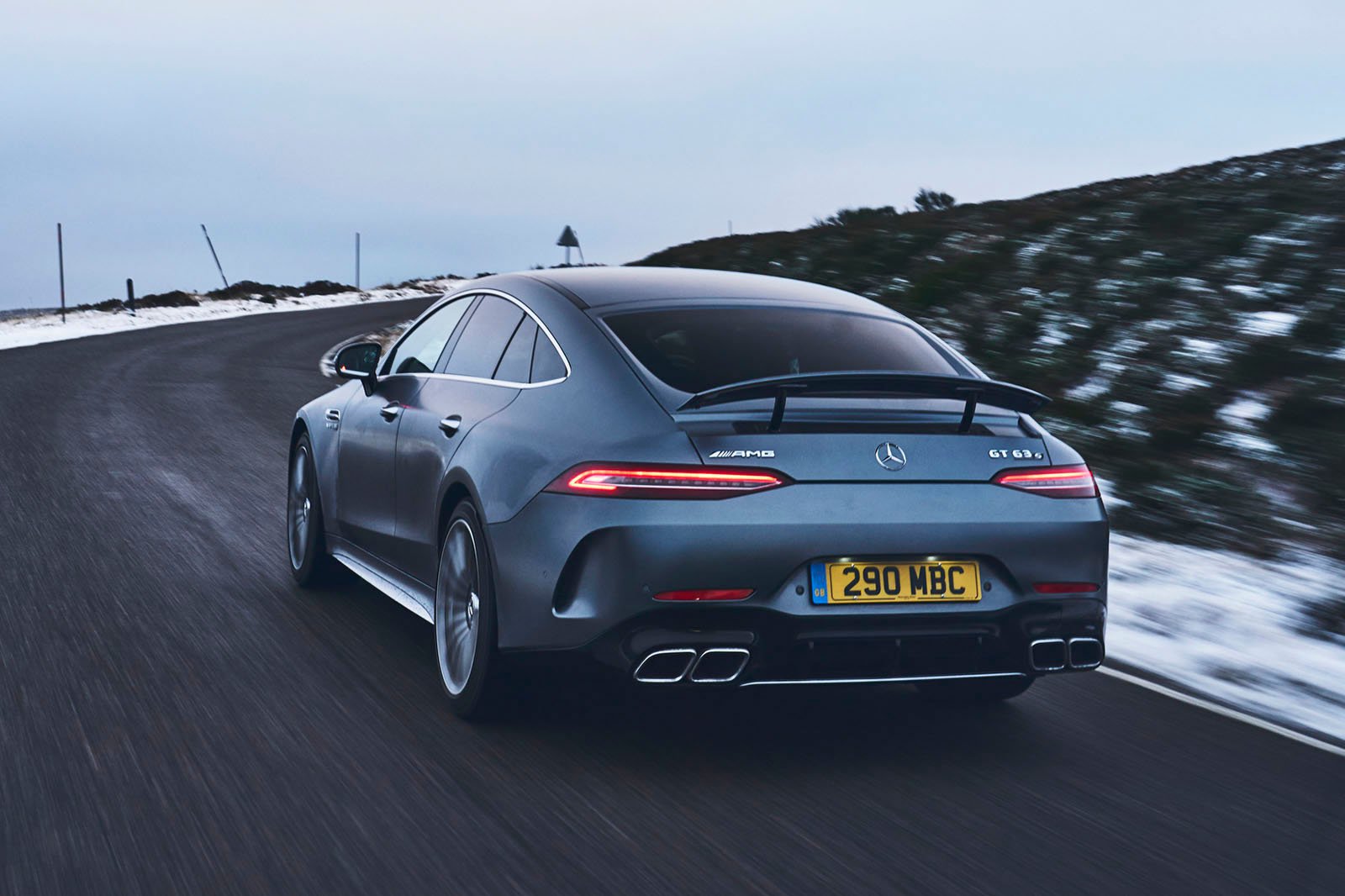