Despite its coupé roofline, there’s plenty of head room up front, especially if you avoid the panoramic sunroof. There’s sufficient interior width to avoid having to cozy up to your passenger too closely, and the driver’s seat has enough movement to accommodate very long or exceedingly stumpy legs.

The front door pockets are big enough to hold a small bottle of water and a selection of travel snacks, and there’s plenty more storage elsewhere. Look under the central armrest and you’ll find a usefully large cubby, while the tray in front of the infotainment touchpad is perfect for a phone or wallet.

While front seat passengers have plenty of head, leg and elbow room, those in the back aren’t so lucky. Leg room is plentiful, but that dramatic roof line seriously eats into head room; you’ll be rubbing against the headlining if you’re over six feet tall. There’s no doubt the Audi RS3 is certainly better for head room. Meanwhile, the boot may be significantly bigger than the A45 hatchback’s when it comes to sheer capacity, but a high load lip and much smaller aperture harm its practicality. 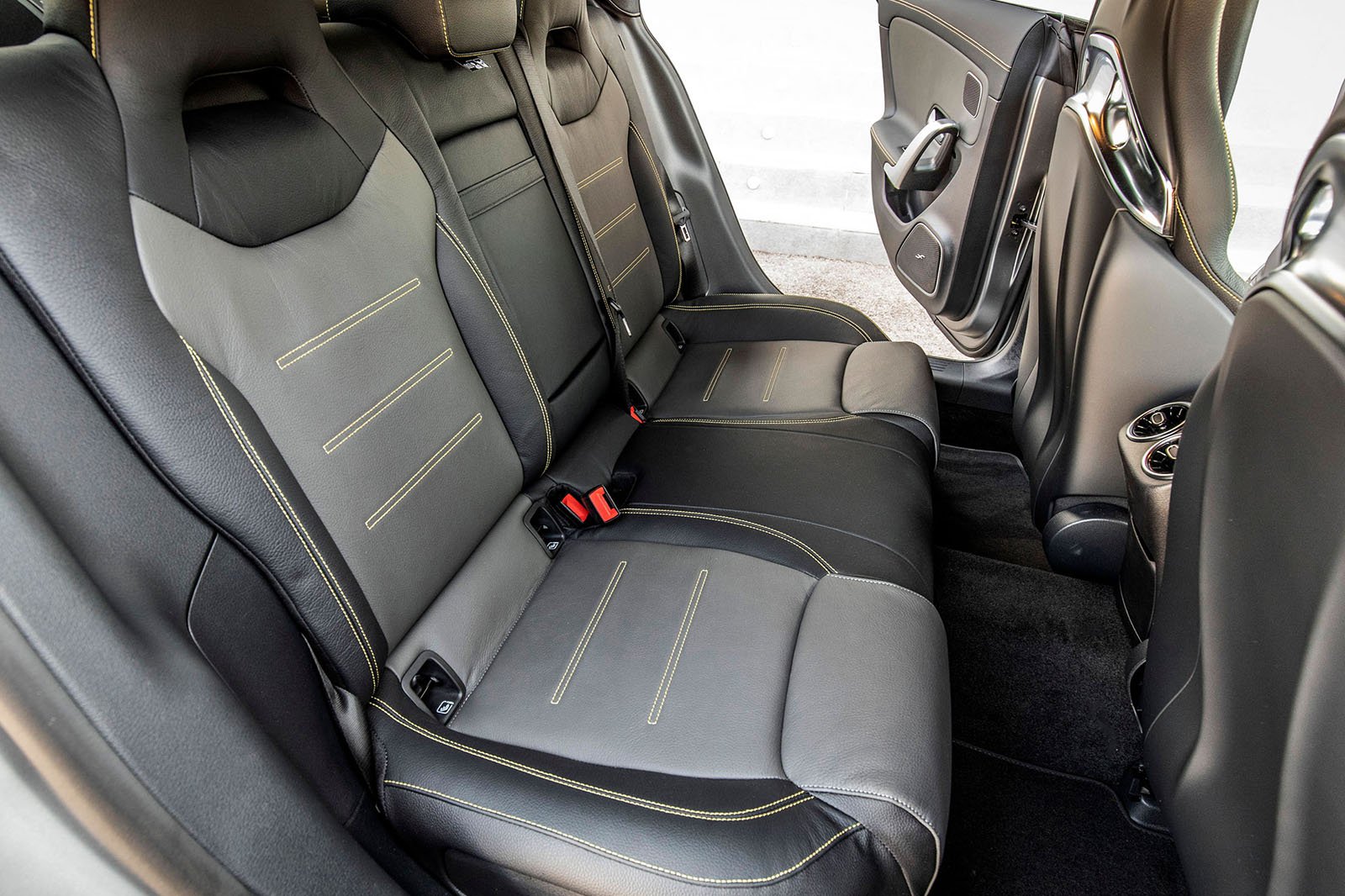