Looking at its list prices, the GLB is competitively pitched against its premium seven-seat rivals, such as the Discovery Sport, as well as the best large five-seater SUVs, such as the Audi Q5. If you’re not looking for a posh badge, then there are more affordable SUVs that can sit seven such as the Peugeot 5008.

There are benefits to the premium badge of the GLB, though, such as lower expected depreciation. This helps its PCP deals to look quite tempting when compared with those for non-premium alternatives.

Our preferred engine – the 220d – compares favourably with rivals for official fuel economy. The GLB can average 48.7mpg, compared with 40.4mpg for the Discovery Sport in D180 diesel form. We’ve yet to properly test the real-world economy of the GLB, though. 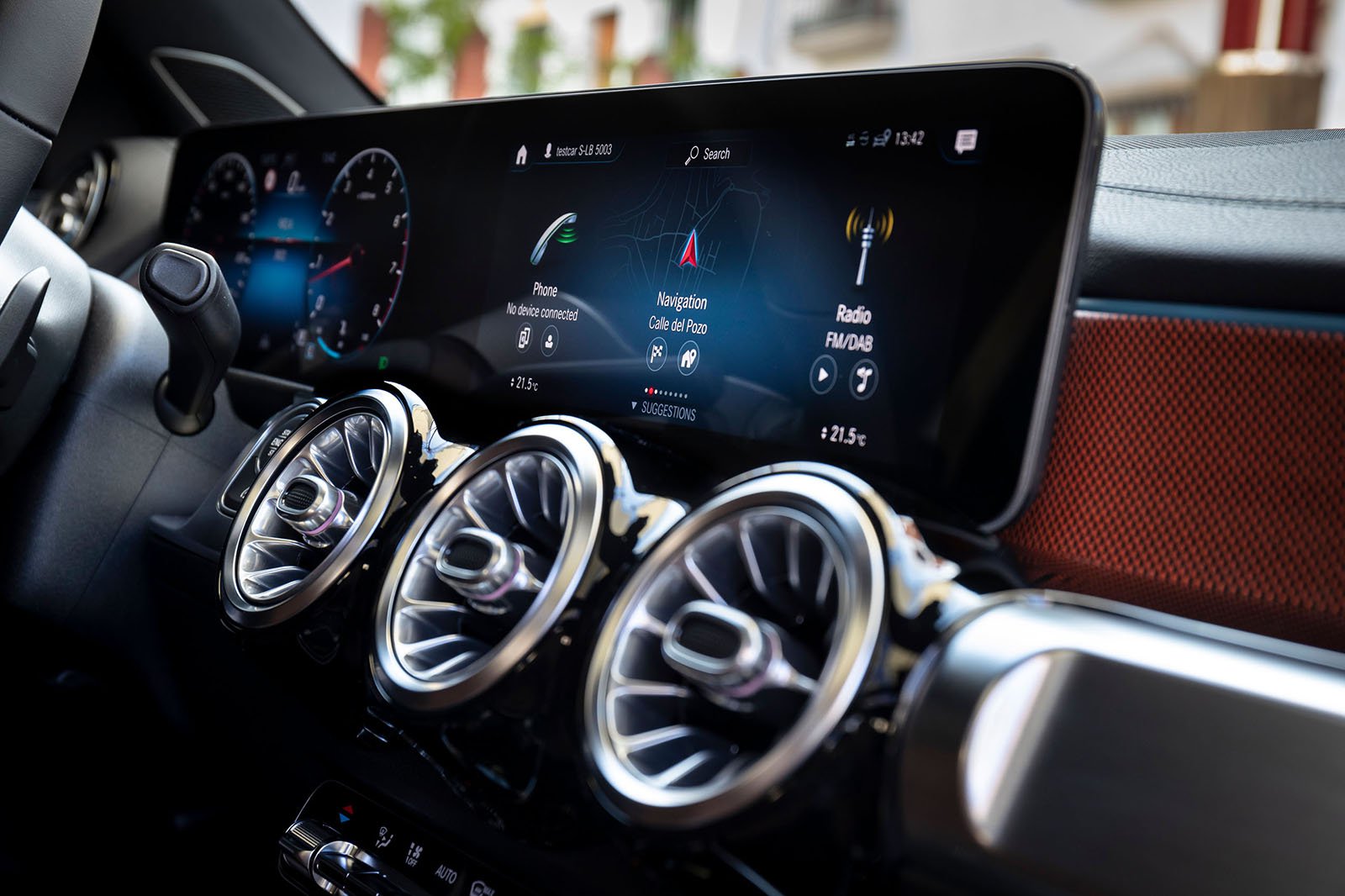 With Sport, AMG Line, AMG Premium and AMG Line Premium Plus trim levels to choose from, there’s certainly no shortage of choice.

Sport is effectively the entry-level model but it still covers all the basics, with dual-zone climate control, artificial leather upholstery and heated front seats alongside the previously mentioned 7in instrument and infotainment displays and sliding rear seats. Moving up to AMG Line brings a more aggressive exterior look; there’s a different grille design and reshaped bumpers that include bigger air intakes, and there are large exhausts at the back. Inside, you’ll find sport seats and a different multi-function steering wheel.

If you want our favourite engine, the bigger infotainment screens and the clever augmented sat-nav we mentioned earlier, you’ll need to go for the AMG Line Premium. That also gets you ambient lighting inside and an improved sound system, but prices start to creep up at this point. Even more costly, though, is AMG Line Premium Plus trim which is so well equipped that it leaves barely any options unticked on the configurator. Among the highlights are a panoramic sunroof and electrically adjustable front seats with memory.

The GLB is too new to feature in the 2019 What Car? Reliability Survey, but it’ll need to be more dependable than its Land Rover Discovery Sport rival; the latter placed second from the bottom of the large SUV reliability table. As a brand, Mercedes finished in 24th place out of 31, which isn’t overly encouraging but still ahead of Land Rover, which came last.

In terms of warranty you get three years with unlimited mileage, which is pretty much standard for class. For extra peace of mind you also get Mercedes roadside assistance in the UK and across Europe. If you want the best warranty a seven-seater SUV can offer, the Hyundai Santa Fe’s lasts for seven years.

Tested by Euro NCAP in 2019, the GLB received five out of five stars for safety and is among the safest seven seaters out there. The rival Land Rover Discovery Sport received it’s full five stars in 2014, at which time the tests were less stringent than they are today.

Handy aids such as automatic emergency braking and lane-keeping assistance are standard on every GLB. If you want blind-spot monitoring, though, you’ll only find it as standard equipment on the top trim level, where it joins a traffic sign recognition system that tells you the current speed limit. Neither of these aids are optional on lesser models. The third row of seats has Isofix mounting points for the secure mounting of child seats, as do the outer two seats of the middle row.

All GLBs come with a Thatcham-approved alarm with immobiliser, but it has yet to receive a safety rating. 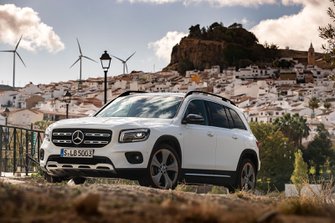 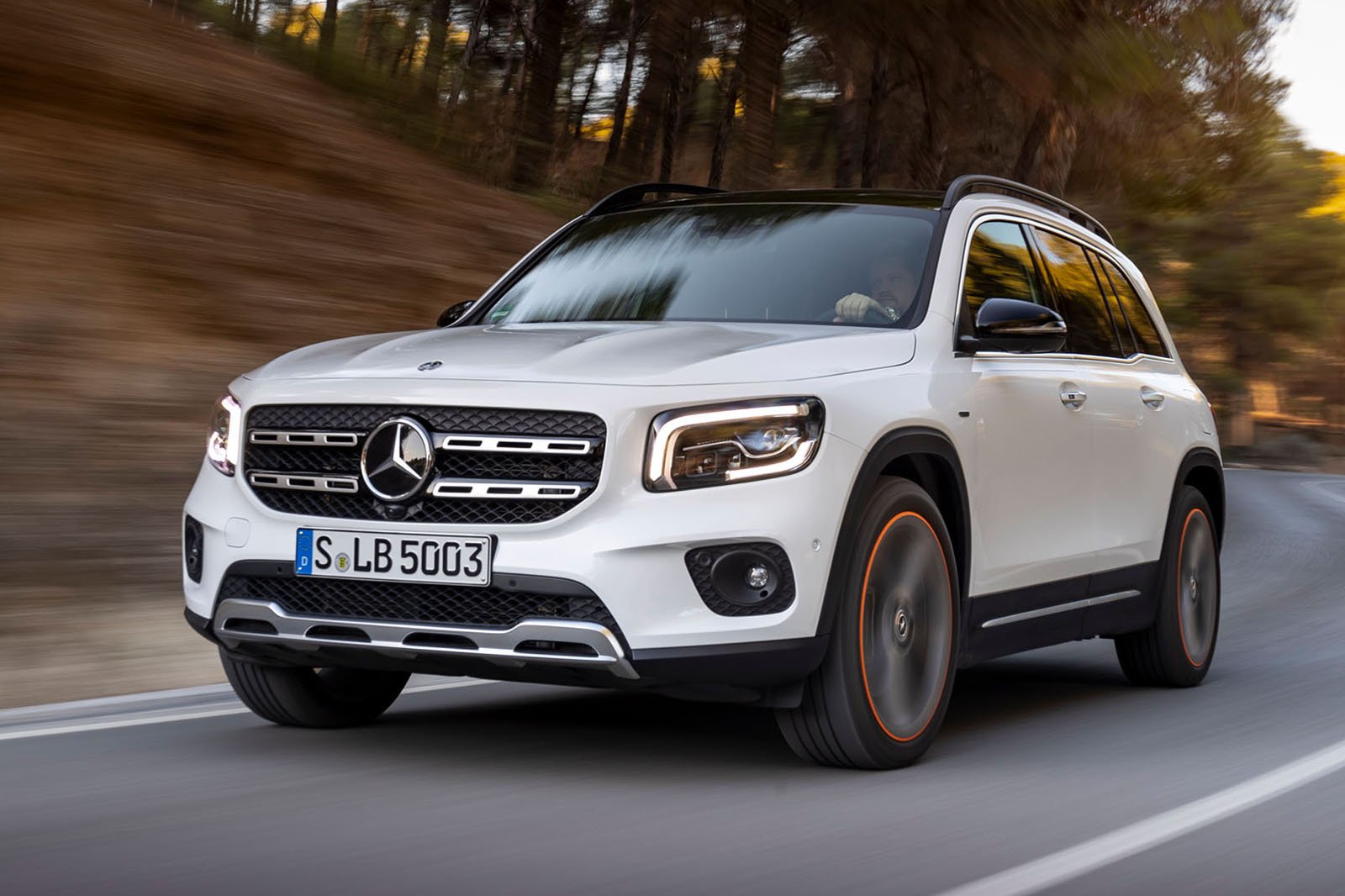 Classy, roomy and well equipped; it's a strong optio...