The entry-level 1.3-litre petrol (badged GLB 200) has a seemingly healthy 161bhp and is dandy when you're just pootling around town. But since as most of its power arrives high up in the rev range, you'll be stretching its legs up hills or with seven people on board, and its standard seven-speed automatic gearbox doesn't react very quickly when you ask for a quick burst of power.

The gutsier diesels have a more responsive eight-speed auto 'box and are altogether better suited to the GLB. We prefer the 187bhp 220d over the 148bhp 200d (both are 2.0-litres), because its muscularity is a perfect fit for the GLB’s bus-like accommodation. It can get from 0-62mph in 7.6sec, which is much quicker than a Land Rover Discovery Sport D180 can and on a par with the BMW X3 20d. It pulls strongly between 1500rpm and 4000rpm and can tow a caravan along without much difficulty, too.

The most powerful engine is the 302bhp 2.0-litre turbocharged petrol in the AMG 35. That can hit 0-62mph in just 5.2sec, aided by its standard-fit launch control system and four-wheel drive.

The GLB is a comfortable large SUV in the main. There's enough give in its suspension to breeze you over speed bumps, and it's tripped up only by particularly deep or sharp callouses. So, catch a pothole and it thumps, but tolerably, and there's less body float than you get in a Land Rover Discovery Sport over peaks and troughs. On the motorway, it rocks you gently from side to side a little more than an Audi Q5, but that's the case with most tall SUVs, and it's not enough to make you queasy or querulous.

The AMG 35 comes with its own adaptive suspension, which you can soften or firm up on demand. It's still wafty enough in Comfort mode, but really firms up if you switch to Sport. 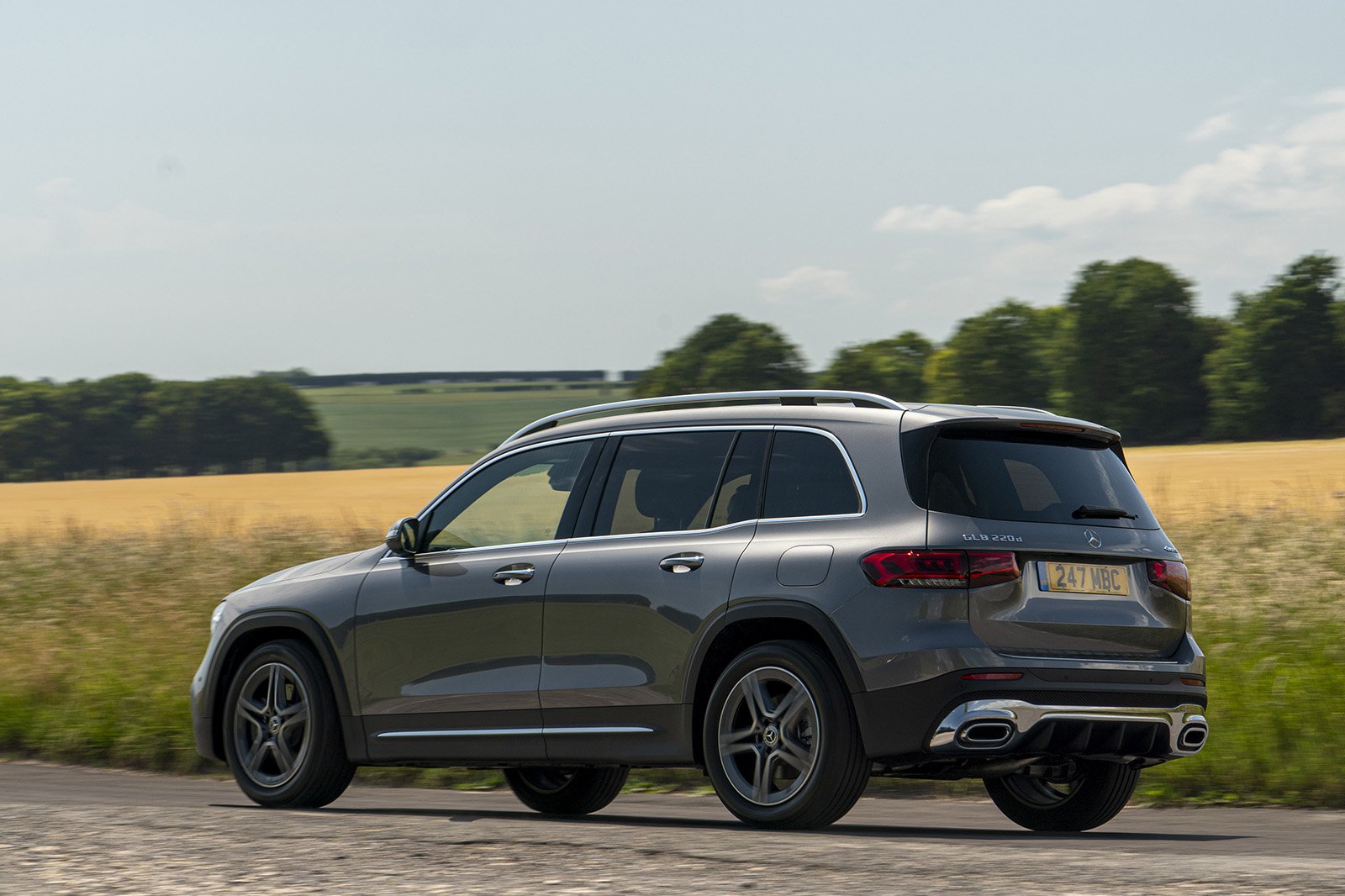 If you’re searching for outright fun behind the wheel, an Alfa Romeo Stelvio or BMW X3 would serve you better. The GLB isn't quite as wallowy as a Discovery Sport, but it's nearer that than the sharpest handling cars in the class, with quite noticeable body lean when you push on down winding roads.

That said, it has enough composure that it's not alarming to drive spiritedly, and the steering, while slow, is accurate and weights up with enough conviction to deliver a degree of confidence. There's more outright grip than a Discovery Sport generates, too.

The lowered and stiffened AMG 35 disguises its mass and height better, but it's still not as agile or as hunkered down as many other sporty SUVs.

All of the engines are hushed when you're cruising along the motorway, but the 200 petrol is coarse when you work it hard, which you often need to do. The diesels aren't as screechy at high revs, but they do rumble away in most situations; not in an irritating way, but more so than a Q5 40 TDI.

The AMG 35 its deliberately noisier, although it isn't particularly entertaining to listen to, in part because some of what you hear on the inside is augmented via the speakers.

There's quite a bit of suspension noise in the GLB, and its door mirrors whip up wind noise at high speeds. Road noise on coarse surfaces is also fairly pronounced so, overall, if you like a bit of peace and quiet, you'll enjoy a Discovery Sport, Q5 or X3 rather more.