So far we’ve only driven the range-topping GLC 63 S, although we doubt the ‘regular’ version will feel too different. Thumb the V8’s starter button and it grumbles menacingly into life, making clear the level of firepower under the bonnet. But slide the GLC into drive and you’ll soon find the engine is happy to slip into the background during cruising conditions.

Indeed, at 70mph, the main thing bothering your eardrums will be the wide tyres roaring over coarse road surfaces. It’s also worth mentioning that, while the ride is largely comfortable thanks to tight body control over undulating roads, you’re left in no doubt that this is a performance car when you go over scarred surfaces, even in comfort mode. Not only do you feel it patter around, the suspension makes plenty of thumping noises, too. Even so, it’s comfier for the most part than the Stelvio Quadrifoglio.

A good bootful of accelerator pedal soon wakes the V8 up, pulling well from low down in the rev range and really getting going as the needle passes 3000-3500rpm From here it provides acceleration that is downright shocking, all the way up to the 7000rpm limiter. The noise is tremendous, too,

The engine is certainly well paired to the gearbox. Although it can sometimes be hesitant to accelerate from a standstill – assuming you’re not using launch control – it kicks down keenly on the move and shifts smoothly. Sportier modes have it holding gears for a little too long, but you do get sharper shifts. Of course, you can always change gear manually using the paddles.

The handling impresses. The steering may be a bit inconsistent in its weighting and response, unlike the laser-guided Stelvio Quadrifoglio, but you soon learn to place the nose of the GLC 63 accurately enough. Air suspension is standard and can be stiffened, should you fancy some spirited cornering. This not only limits body lean, but also keeps the car’s hefty mass better in check over rippling roads.

Most people can pretty much stop reading about the driving impressions here. You see, while the GLC is good fun up to a point and will even let you slide around a little at low speeds, it all falls apart on track. The problem is the stability control system; it’s fine within the limits of grip, but start to lean against these and you’ll feel it grabbing the brakes to keep you on the straight and narrow.

It's far too keen to intervene and is therefore counter-productive if you know what you’re doing. It’s unlikely that the vast majority of road-only drivers will ever get up to this point, but it’s disappointing when you consider the Porsche Macan and Stelvio Quadrifoglio don’t have these nannies cutting in all the time.

However, the GLC 63’s biggest issue is that it always feels like the big, heavy brute that it is. Where the Quadrifoglio and Macan shrink around you, the GLC feels almost like a muscle car in comparison. Of course, for many the hilarious straight line speed and glorious noise will be enough, but for those that like the challenge of a good set of corners, our aforementioned rivals will put a much bigger smile on your face. 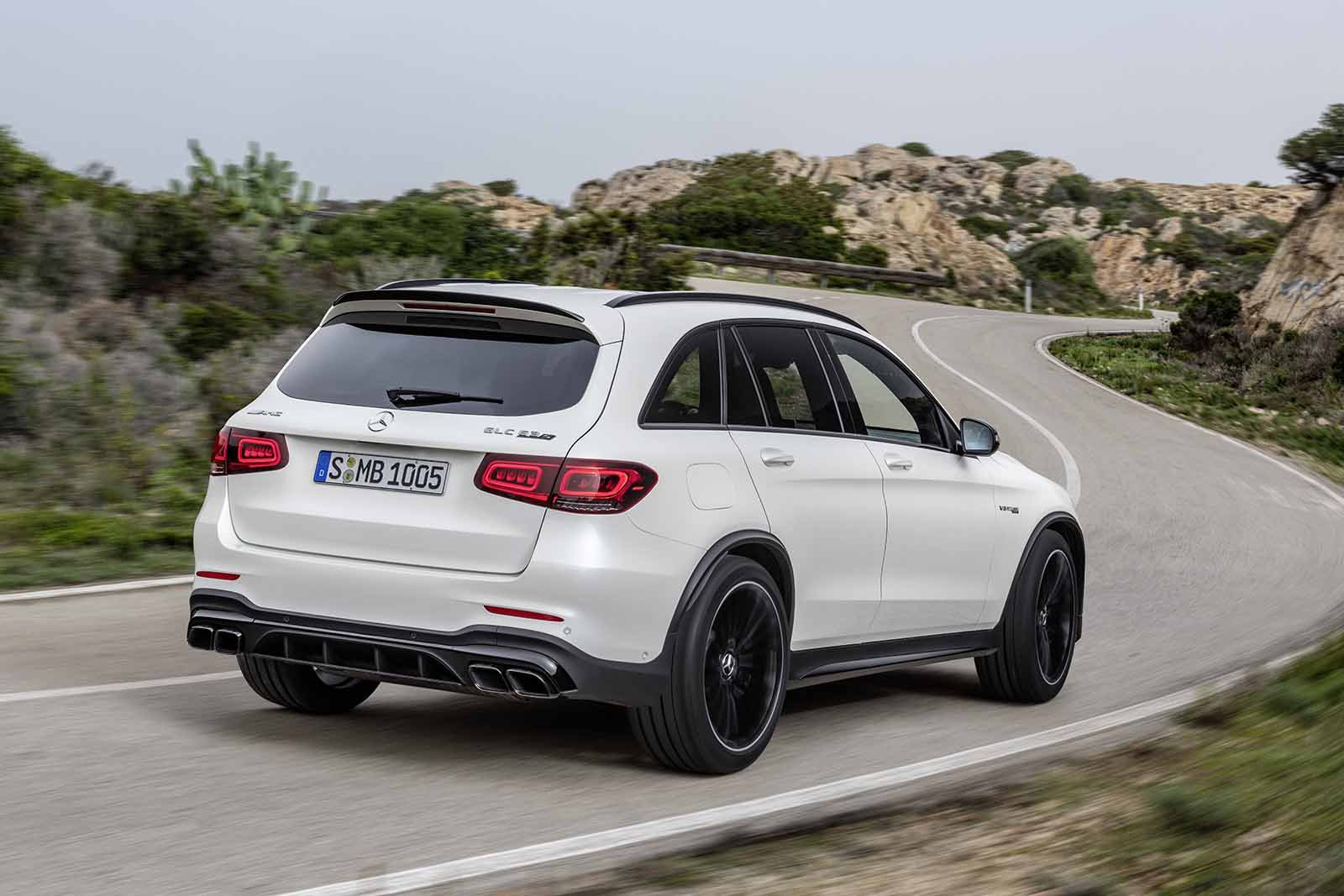