How the GLC 63 does in this section depends entirely on what version you’ve picked. For maximum practicality, you can have it in the upright SUV format as the regular GLC, while those that want something more distinctive can choose the more streamlined GLC Coupe.

However, things are identical in the front. The GLC 63’s exceedingly supportive front seats slide back a very long way, so even seriously tall drivers won’t complain about the amount of leg room on offer. There’s plenty of front head room to accommodate anyone long in the body, too, although the panoramic glass does reduce this by a few centimetres.

As in many rivals, there’s a chunky transmission tunnel on the floor that middle seat passengers have to straddle, so neither bodystyle of GLC 63 is the best choice if you plan to carry three adults in the back on a regular basis. Both have good-sized door pockets, though, which provide enough space to stow a couple of small bottles of water.

Folding down the GLC 63s’s rear seats is really easy; you flick a switch in the boot (or another in the rear passenger compartment) and the seatbacks drop down automatically. The rear seatbacks also split 40/20/40, rather than the usual 60/40 arrangement, which means two rear passengers can each enjoy a full-size seat while you carry a long, narrow cargo, such as a pair of skis, for example.

The GLC 63's load bay is widest at the very back of the car, which means you can slot in long, narrow items, such as a set of golf clubs, easily enough. Folding down the rear seats leaves a virtually flat extended load bay with no annoying steps or ridges.

All models come with powered tailgate, retaining nets on the boot floor and a lockable compartment under the floor itself. Well-appointed as it is, though, the regular GLC 63’s boot is smaller than many of its key rivals while the Coupe’s is smaller still. The Stelvio Quadifoglio beats both 63s in that respect. 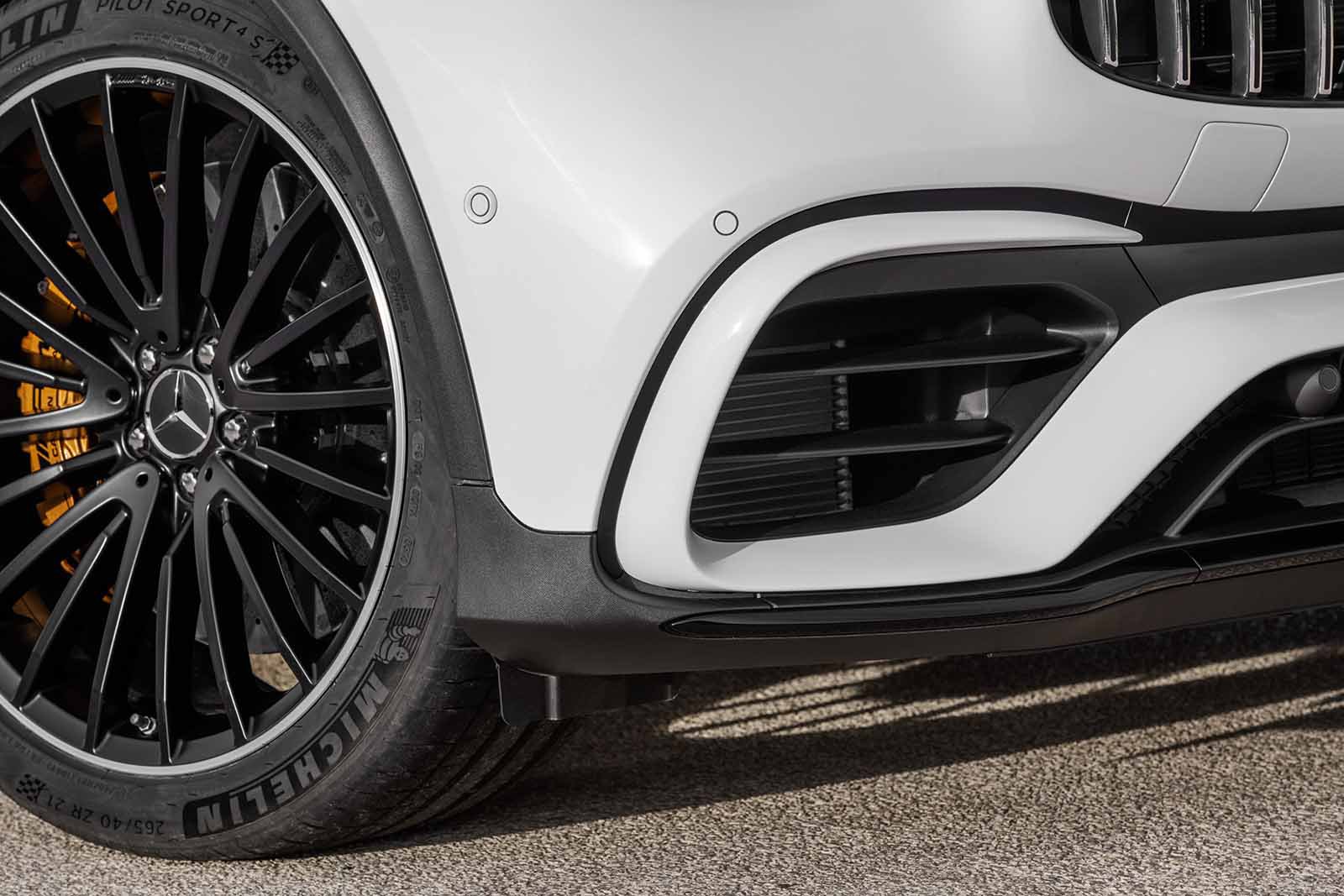