Volkswagen has waited seven years to facelift its Amarok. Do the changes keep the pick-up competitive in this ever-improving class?... 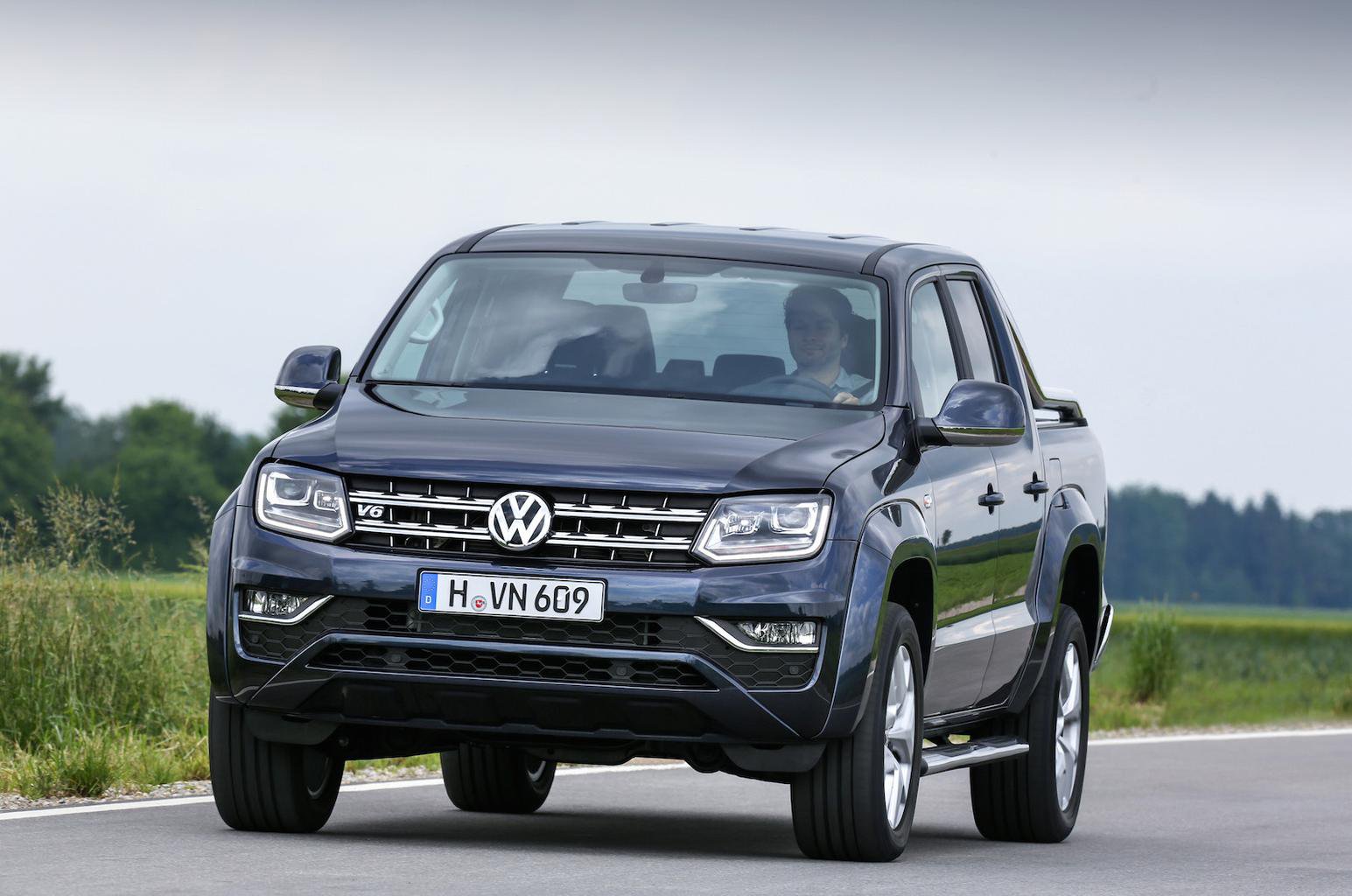 When the Volkswagen Amarok was launched in 2009 it immediately became the most distinctive - and arguably most desirable - double-cab pick-up truck on the market. It has stayed that way pretty much ever since, right up to the introduction of this facelifted version.

Seven years is a long time to wait for a facelift, but even so visually not a great deal has changed on the Amarok’s outside; there are new bumpers, and that’s your lot. The bigger changes come inside and under the bonnet. Recently introduced pick-ups, such as the Nissan Navara, were making the Amarok’s cabin feel its age, so a newly designed dashboard brings, Volkswagen hopes, a more car-like experience inside.

The engine change is meant to bring a more refined experience, too: curiously, while most manufacturers are busy downsizing, the Amarok’s old 2.0-litre engine has been replaced by a 3.0-litre V6 diesel. VW says Amarok buyers wanted more power, and fair enough, instead of the 161bhp that the 2.0 made, this new V6 makes 221bhp at launch – though lower-powered versions, with 161bhp and 201bhp will also join the range.

At launch, too, the Amarok will only come with permanent four-wheel drive and an eight-speed automatic gearbox, as befits a car that is mostly sold in its top-spec form: eight out of 10 Amaroks are sold in the highest trim level. Later, two-wheel drive and part-time 4wd, plus a manual gearbox, will be optional lower down the range 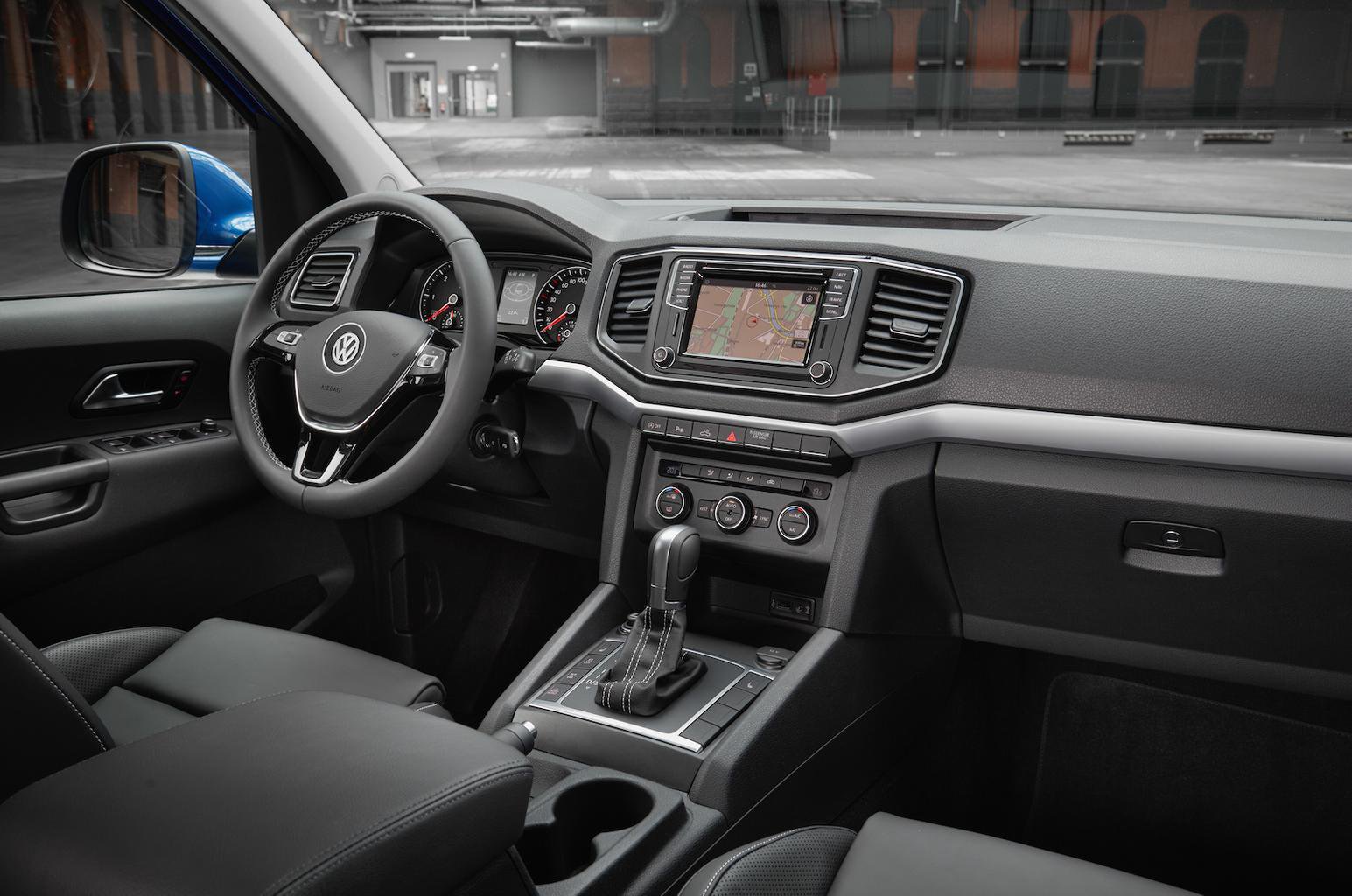 Volkswagen says that a lot of Amarok buyers move across form large SUVs and 4x4s, but if you do it’s worth bearing in mind that the Amarok is a commercial vehicle. It has bulky leaf springs for suspension and what’s known as a live rear axle – a solid beam – so it lacks the sophistication of a good contemporary 4x4 on the road.

But that’s to be expected, really: after all, this is a car that has a payload of more than one tonne in its flat bed. And that being the case, the suspension is relatively impressive: some pick-ups are incredibly bouncy when they don’t have a load in the back because the springs are so stiff, but the Amarok is pretty comfortable. 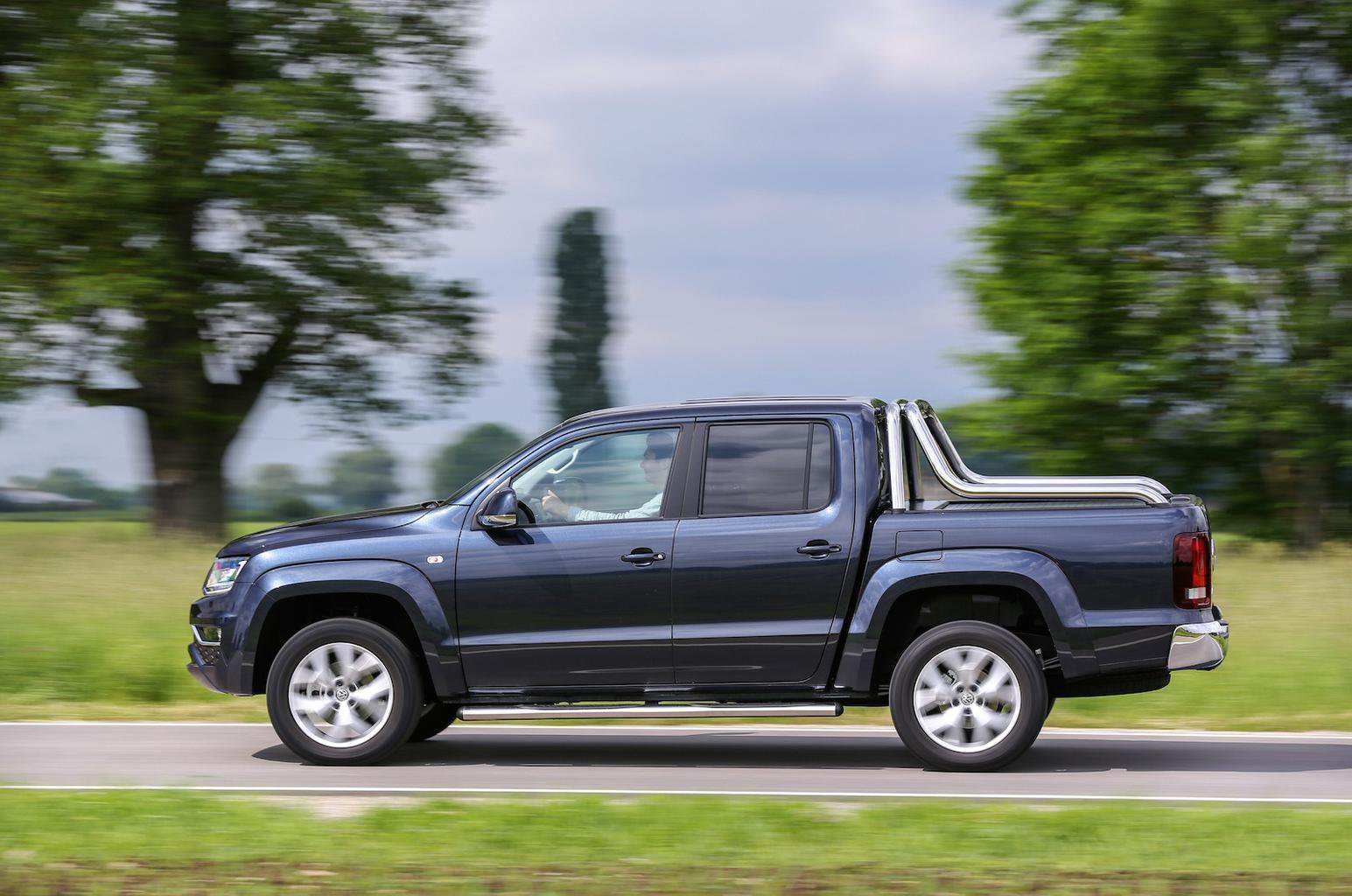 From inside you can occasionally feel a shimmy through the seats and steering wheel over big bumps. Like most pick-ups, the Amarok has a separate ladder chassis underneath, on which the body is mounted, rather than having an all-in-one monocoque chassis. The separate frame is rugged and strong, but it doesn’t feel as sophisticated as a regular large SUV.

VW claims a 0-62mph time of 7.9sec for the new Amarok, but to make decent progress you’ll find yourself revving it more than you’d expect for a big, 3.0-litre V6 diesel. It’s not as smooth than similar V6s in the Volkswagen Group’s other cars, but the automatic gearbox it’s mated to is really slick.

It’s quite a climb up into the Amarok’s cabin, but once there you’ll find it has a far more car-like environment than the pre-facelift model, thanks to a clean and ergonomically sound new dashboard layout. The driving position is also good, and there’s ample room in the front for really tall drivers.

Space in the back is rather more limited. It’s wide enough for three people, but adults will find knee-room at a premium if there’s a tallish adult in the front.

That’s the inevitable result, of course, of making sure the rear load bay is big enough to hold a pallet whichever way around you turn it. The vast load bed comes with a number of securing hooks, and myriad options of load bay liners, and roller or hard top covers. 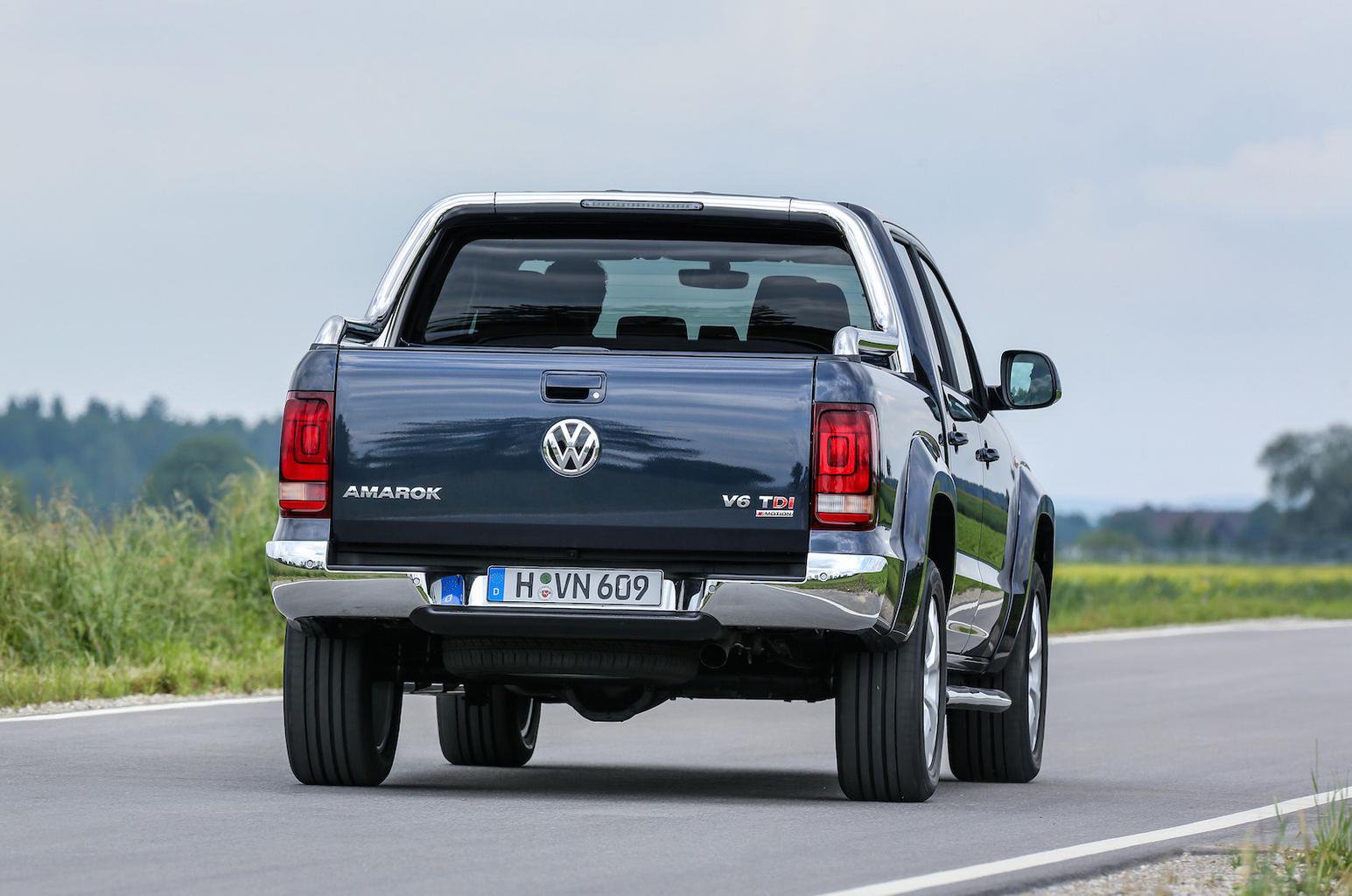 VW hasn’t yet announced the maximum load capacity for the Amarok, but it will be at least a tonne – which will see it eligible for beneficial tax terms as a commercial vehicle and make it competitive with rival pick-ups. This larger engine also means the Amarok's braked towing limit stands at a similarly competitive 3.5 tonnes.

On the top Highline model that’ll be the first available and the biggest seller, there’s a big central touchscreen incorporating satellite navigation, which is easy to navigate, and helps lift the interior ambience. Perceived material quality isn’t up with the best estates or 4x4s: the plastics feel more like they belong in a Polo than a Passat, for example.

Volkswagen has realised that, as with SUVs, the upper limit on price and desirability that was perceived to exist probably doesn’t. So by the time you’ve got a top spec Amarok and put some options on it, you could be looking at a car that’ll cost you well over £35,000 (after VAT).

But given the vast majority of Amarok owners pick the top model, it’s not surprising it thinks that the range could be pushed further upmarket. To that end, it has probably the most distinctive pick-up around, now with a smooth powerful engine – though one that uses less fuel, according to the official drive cycle, than its four-cylinder predecessor – and has what’s most likely the best-perceived, almost-premium badge of any rival.

As we write, the Amarok is still a fair few months away from arriving in the UK, so whether it looks like great value compared with a Nissan Navara or the new Toyota Hilux will be unknown until VW confirms prices. But, if you’re looking for a pick-up that meets the obvious commercial vehicle requirements yet adds a hint of showroom desirability that some of its rivals lack, you could do a lot worse.