We drive the DS 3 Crossback E-Tense to find out if it's the electric SUV to go for...

How do you remain relevant as a car maker in this day and age? Simple: you either offer an SUV or an electric car. It could be a stroke of genius, then, that the DS 3 Crossback E-Tense is both of those things.

You get the same choice of trims as you do on the regular 3 Crossback minus the entry-level one. You’d need to be a self-confessed DS fan to notice that the badge on the bonnet is different, and the rest of the exterior is pretty much unchanged. Look under the skin, though, and you'll find some thoroughly modern electric technology.

The E-Tense finds itself in some very capable company. It’s priced similarly not only to the Hyundai Kona Electric but also our 2019 Car of the Year, the Kia e-Niro. It’s fair to say, then, that DS has big ambitions for its first electric car. 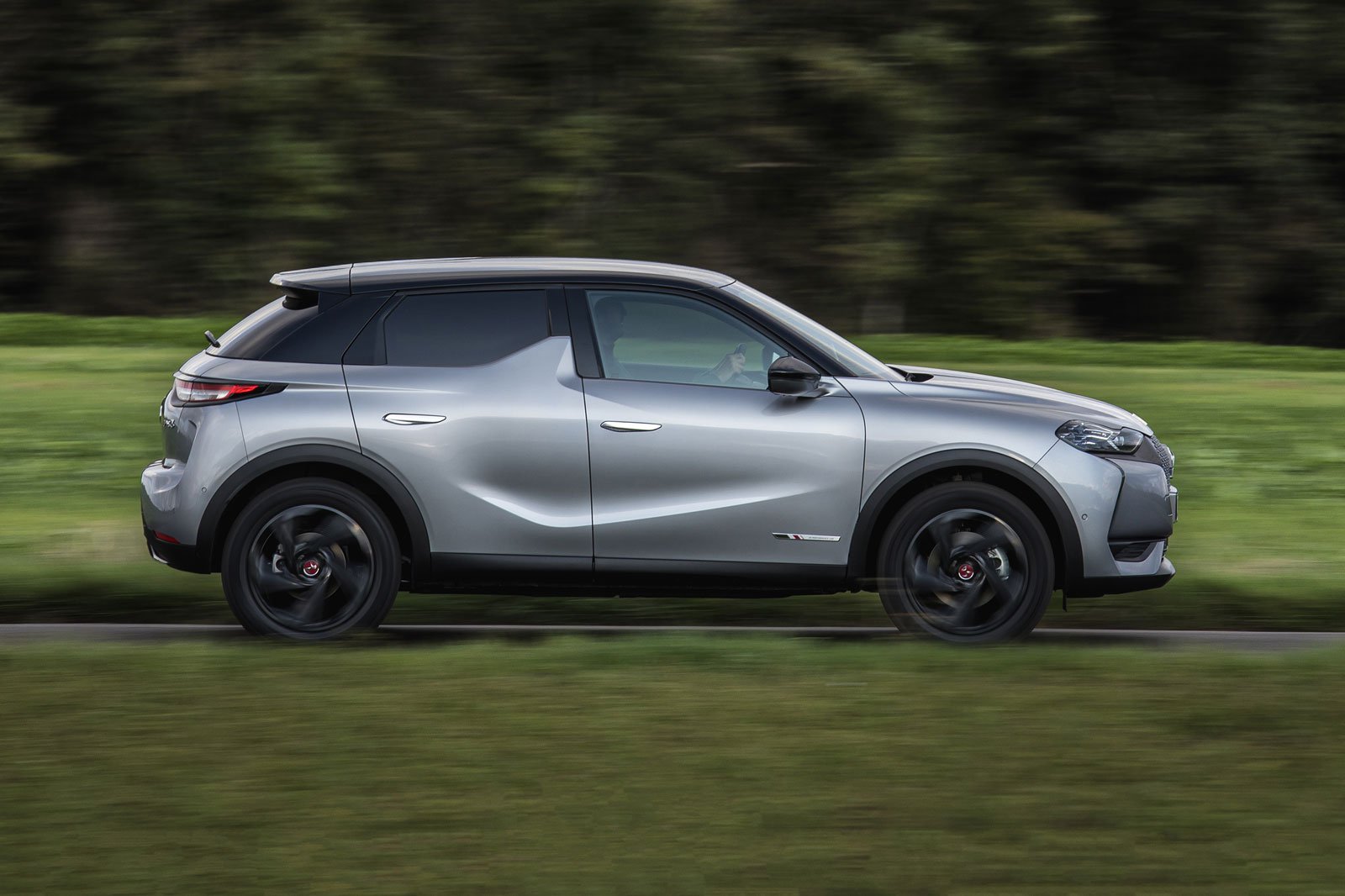 If you look at it solely from a performance point of view, the E-Tense isn’t up there with those aforementioned rivals. It packs 134bhp, which is some way off the 201bhp produced by the Kia and Hyundai, so unsurprisingly acceleration is more restrained. Still, 0-62mph in 8.7sec will be quick enough for most people and acceleration up to city speeds is surprisingly nippy.

When it comes to electric cars, a better benchmark of performance is how far you can travel between charges – and there’s mixed news on that front. The 50kWh battery is smaller than some rivals', so you won’t get as far as you can in the e-Niro, but the E-Tense can still officially manage a very respectable 200 miles between charges.

In the real world, it’s more likely that 180 miles will be an achievable target, although we will of course be putting the E-Tense through our Real Range tests when we get hold of an example back in the UK.

If you’ve never driven in an electric car, you’ll be really impressed by the lack of engine noise and vibration, which is good, because the diesel-engined 3 Crossback is a real rattler. In fact, there’s more sound deadening in the E-Tense than in non-electric versions, so it’s even quieter at a cruise.

That said, you can hear some wind noise from around the windscreen pillars at  motorway speeds. Speaking of which, they are fairly chunky, and this combined with small rear windows makes seeing out much harder than in the e-Niro.

In other respects, the E-Tense isn’t great to drive. There’s precious little feedback coming through from the steering wheel and a considerable amount of body lean in corners, so driving the E-Tense in a spirited manner isn’t a rewarding experience, even though grip levels are reasonable. You get two levels of regenerative braking that charges the battery when you lift off the accelerator, but even the stronger mode doesn’t allow one-pedal driving like in the Nissan Leaf. The brake pedal feel is inconsistent, so it'll take some getting used to if you’ve not driven an electric car before.

Ride comfort is a mixed bag, too. When you first set off, you’ll notice a pleasing floatiness to the suspension that leads you to think it will be uber-comfy, but encounter any obstacle with a sharp edge, such as a pothole, and there’s a nasty shudder through the car. At faster speeds, you’re jostled around in your seat more than you are in the e-Niro, too.

Charging is another important issue, and the E-Tense can get from 0-80% (for about 150 miles of range) in just half an hour. However, that’s only if you can find a 100kW public rapid charger; there are a fair few of these in Europe but only a handful in the UK at the moment. Charging the battery using a 7.4kW home charger takes around seven and a half hours. 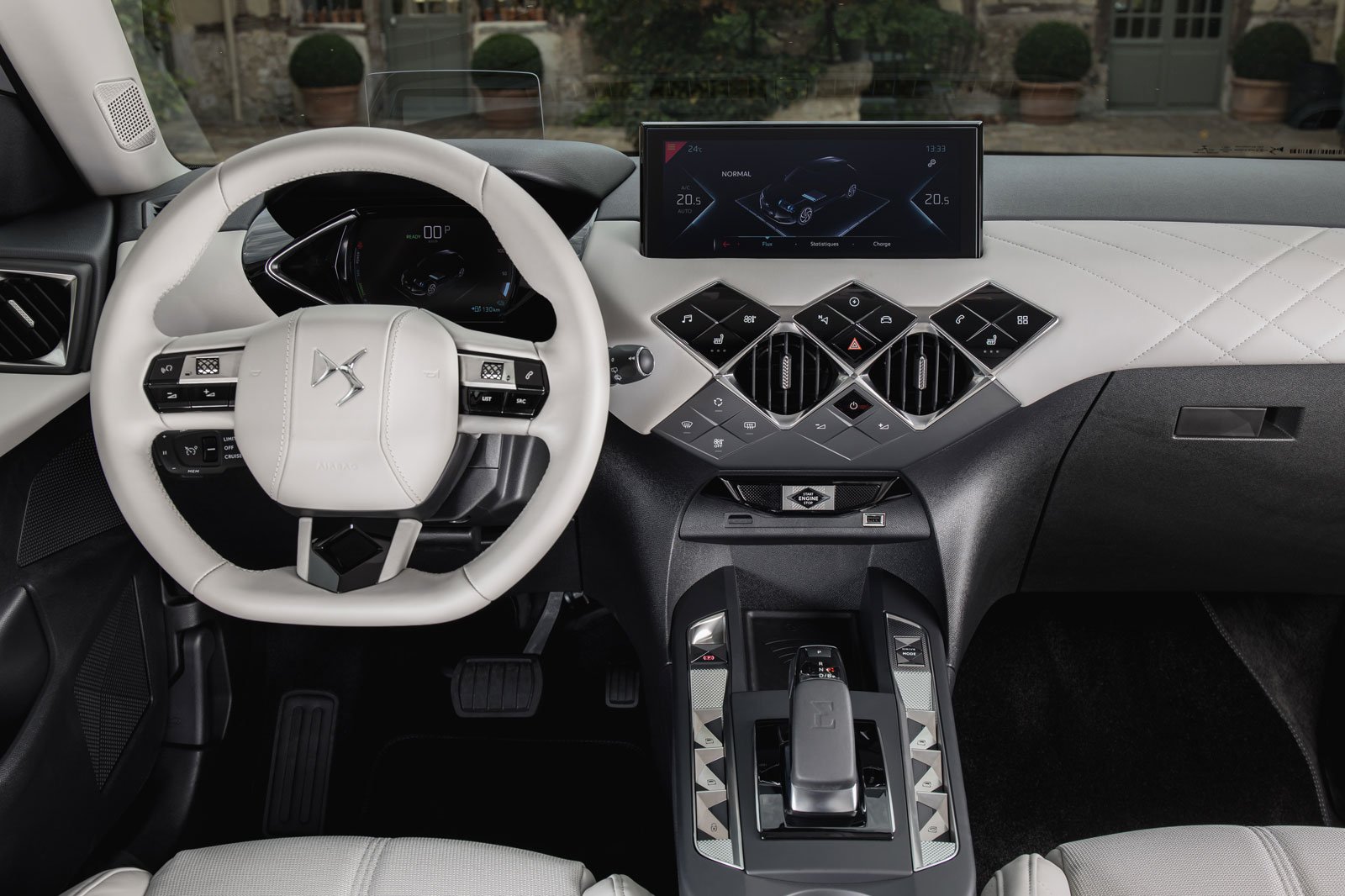 The E-Tense's extrovert exterior is matched by an equally eye-catching interior. The upside of that is that it makes the e-Niro’s interior look as interesting as a caretaker's cupboard. The E-Tense also skips the most basic trim level, so you get plenty of luxury, such as lashings of faux suede, a perforated leather-wrapped steering wheel with contrasting stitching, Apple CarPlay and Android Auto smartphone mirroring and dual-zone climate control.

What’s not so good is the confusing dashboard layout, which includes touch-sensitive icons that you’re never quite sure you’ve pressed. The touchscreen infotainment system is also quite slow to respond, and the fact that it hosts the climate control makes it a real faff to change the temperature on the move. You’ll eventually get used to these quirks, but there’s no doubt that the e-Niro’s interior is far more user-friendly.

Space for passengers and luggage isn’t up to e-Niro standards, either, with less room in the back and a smaller boot. For more information on how it stacks up for space and practicality, head over to our in-depth 3 Crossback review. Or to see how much you could save on a small SUV, such as the 3 Crossback, without any haggling, check out our New Car Buying service.

The best electric cars in 2021

All the electric cars coming soon