Saloon and Sportbrake estate versions of Jaguar XF luxury car have been given new interior, tweaked styling and updated engines as part of mid-life refresh...

The Difficult Second Album is an enduring concept in pop mythology. Young bands often wow everyone with their debut efforts, so the story goes, only to struggle to recapture the magic when asked to do it all again a few years later. And if there’s an equivalent in the car world, it’s the Jaguar XF.

When the original version of this Audi A6 and BMW 5 Series rival went on sale in 2007, it moved Jaguar design on at least two decades and was so good to drive that we named it Car of the Year. However, while the second-generation XF, which arrived in 2015, was a better car than the first in many ways, the improvements weren’t big enough given how much rivals had upped their games in the preceding years. 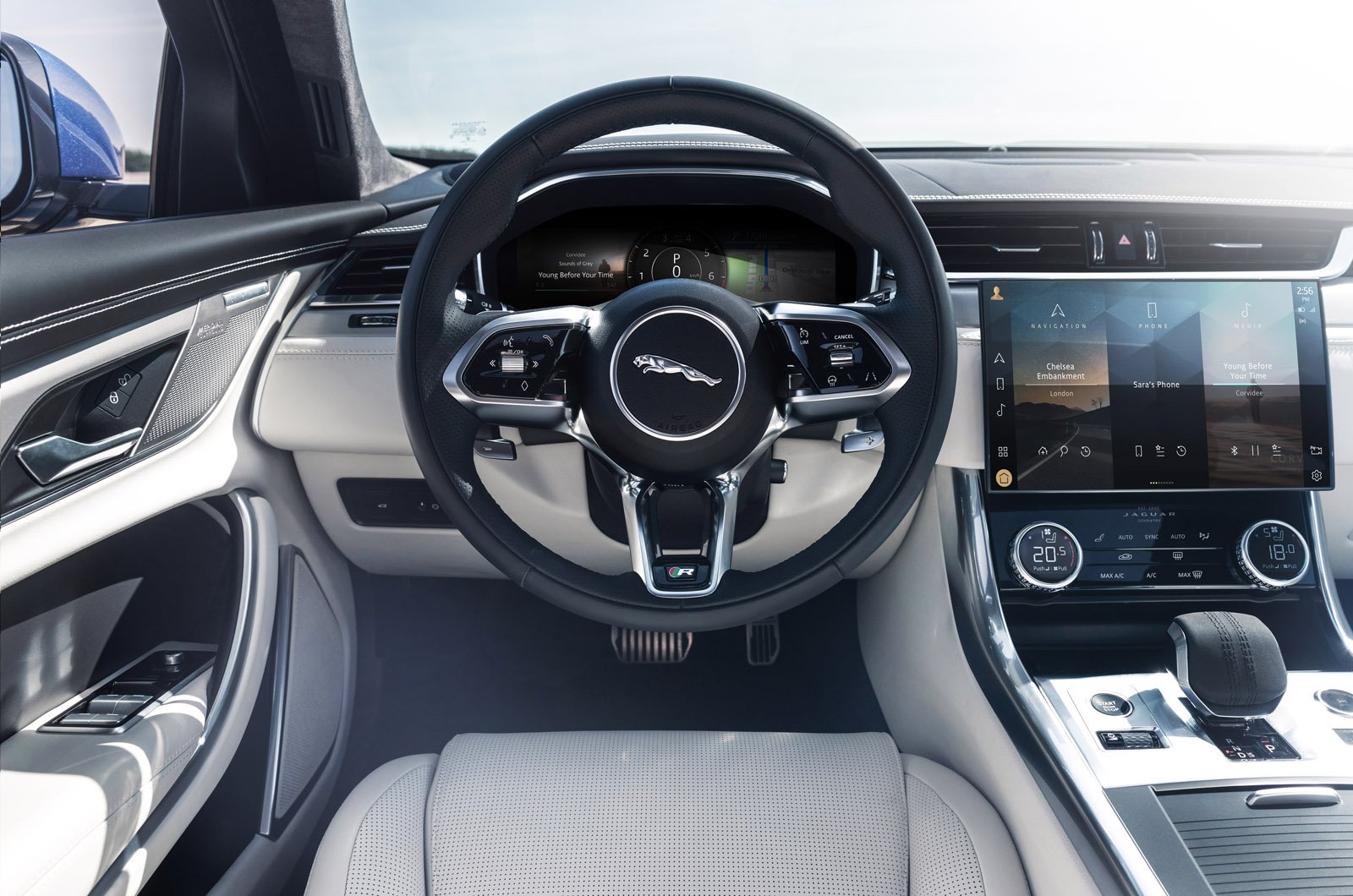 The interior, in particular, was a real letdown, so it’s perhaps not surprising that it’s been completely binned as part of this mid-life update, with the XF instead featuring the fixtures and fittings from the recently refreshed F-Pace SUV.

Particularly eye-catching is the huge, 11.4in touchscreen, which replaces a 10.2in item, and is gently curved so that it mirrors the shape of the dashboard. But at least as important is the fact it runs Jaguar’s new Pivi Pro infotainment software, which we’ve found to be far more responsive than anything the brand has offered previously. 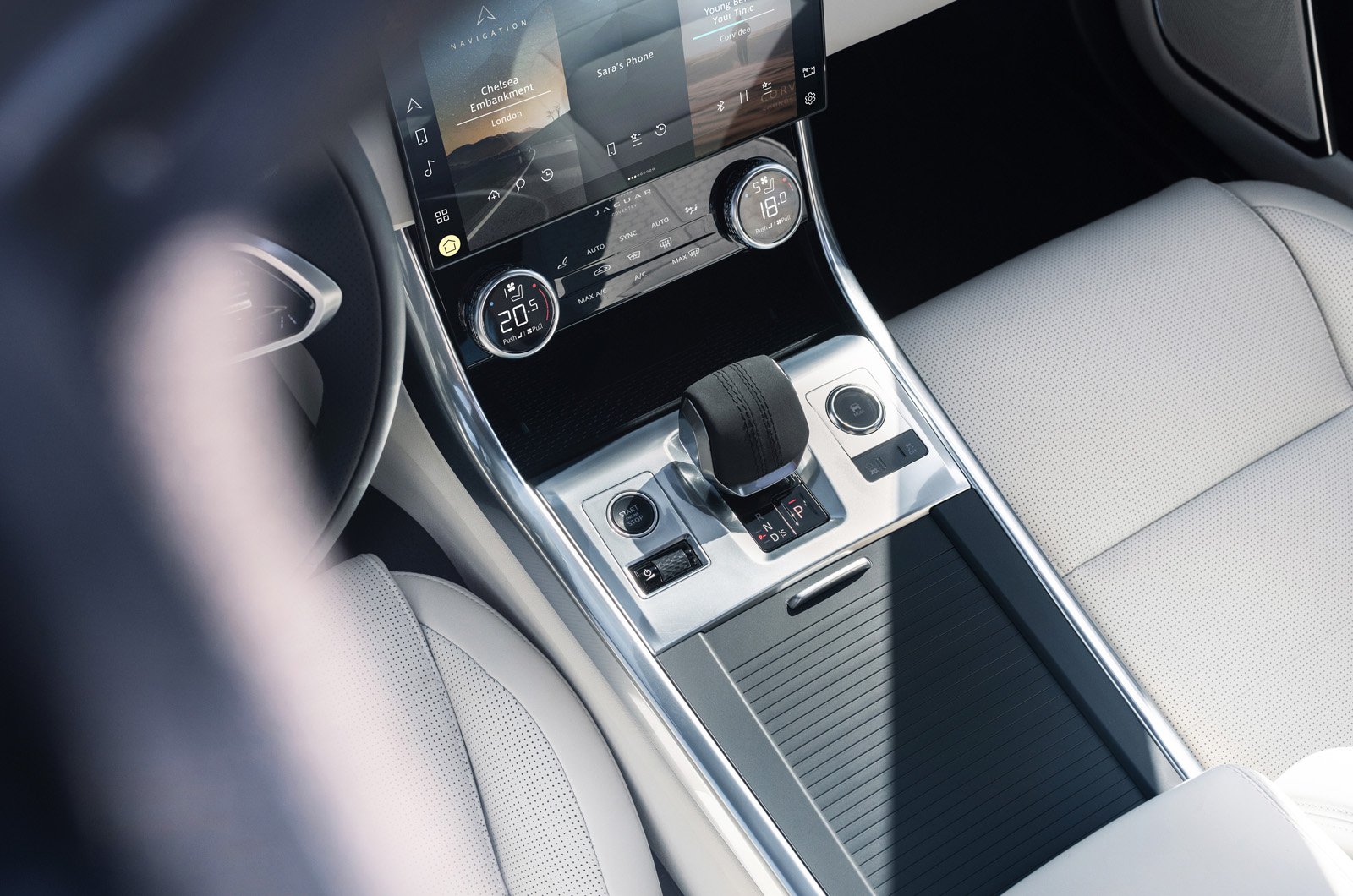 There’s also a second screen, below the main one, through which you operate the car’s air-con. And Jaguar has responded to criticism of the materials used in the XF, with the hard, scratchy plastics of old all banished in favour of leather-wrapped surfaces, and genuine wood or metal trim.

Exterior changes, meanwhile, include a larger, more intricate front grille, slimmer headlights and reshaped bumpers that are designed to make the car look wider. However, the rear lights have simply been darkened, instead of completely restyled in the way that the F-Pace’s were. 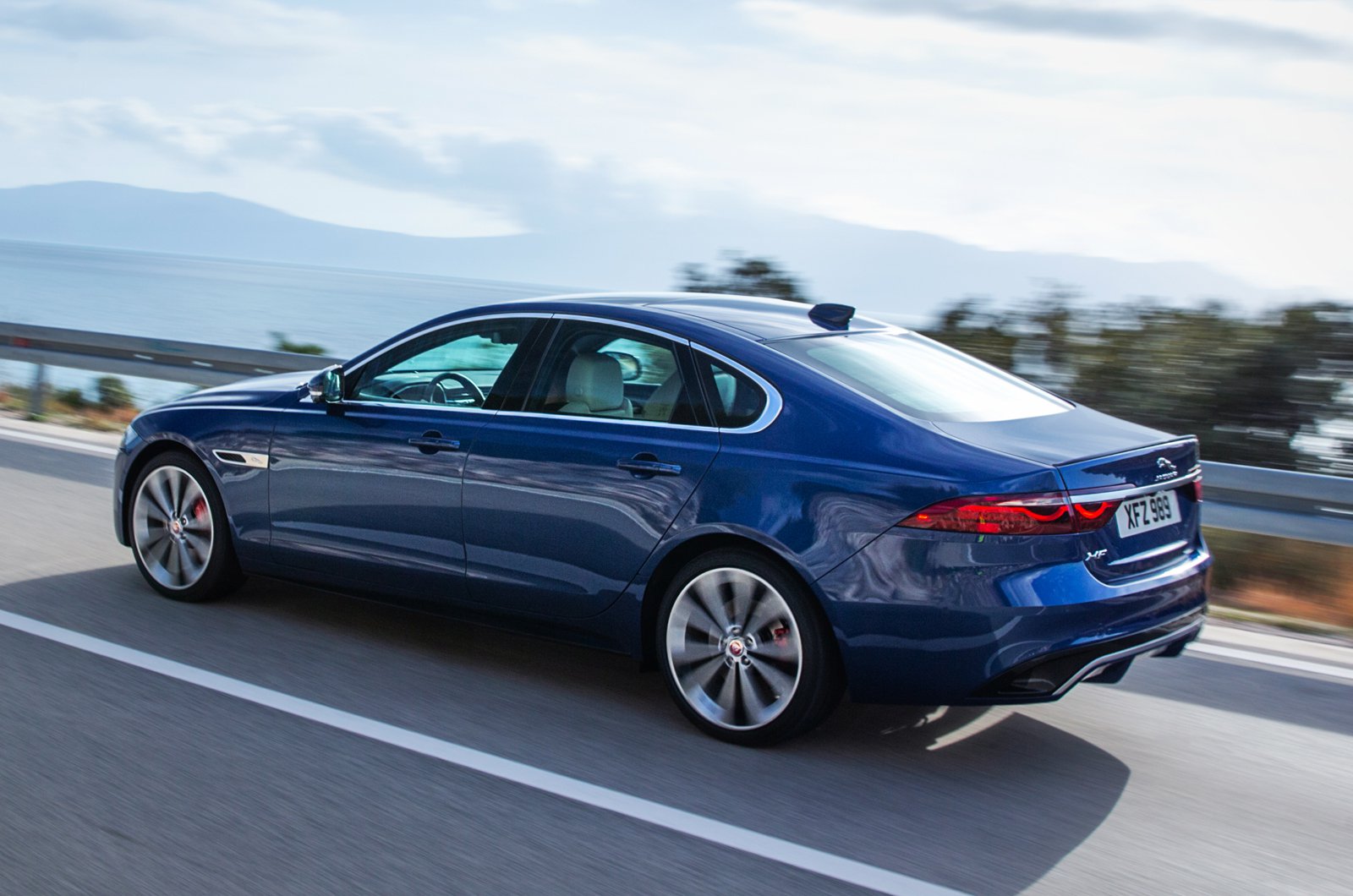 The XF also misses out on the plug-in hybrid engine option that’s now available in the F-Pace, but there is an updated 2.0-litre diesel, which features mild hybrid technology to boost efficiency. Producing 201bhp, it emits 130g/km of CO2 and averages up to 54.2mpg in official tests, whereas the equivalent figures for its predecessor were 146g/km and 50.9mpg, even though that had just 178bhp. An eight-speed automatic gearbox is standard, while-four-wheel drive is an option (albeit one that increases fuel consumption).

Completing the line-up are two 2.0-litre petrol models, producing 247bhp and 296bhp. The former is rear-wheel drive and averages up to 35.2mpg, while the latter gets four-wheel drive and is said to accelerate from 0-60mph in 6.5sec.