With a focus on the track, the limited edition Audi RS4 Avant Competition is faster and handles better than the normal RS4. But should you snap one up or stick to the standard car?...

We doubt few people have ever climbed into a 444bhp Audi RS4 Avant and thought: “you know what, I don’t think this is fast enough”. Even so, Audi maintains that there is a small minority of RS4 owners that want their car to be faster and more capable at their local race track. This is where the RS4 Avant Competition comes in.

While it might look a lot like the standard RS4 Avant on the outside, its engine’s brain has been rewired with track-driving in mind and it now provides faster gear changes, a faster 0-62mph sprint time and a higher top speed. In fact, despite sharing the same engine as the standard car, the Competition feels even faster.

It’s not just a one-trick pony, though; Audi has also equipped the RS4 Avant Competition with plenty of new equipment to make it faster in the corners; it now comes on stiffer coilover suspension that includes new anti-roll bars and adjustable dampers. 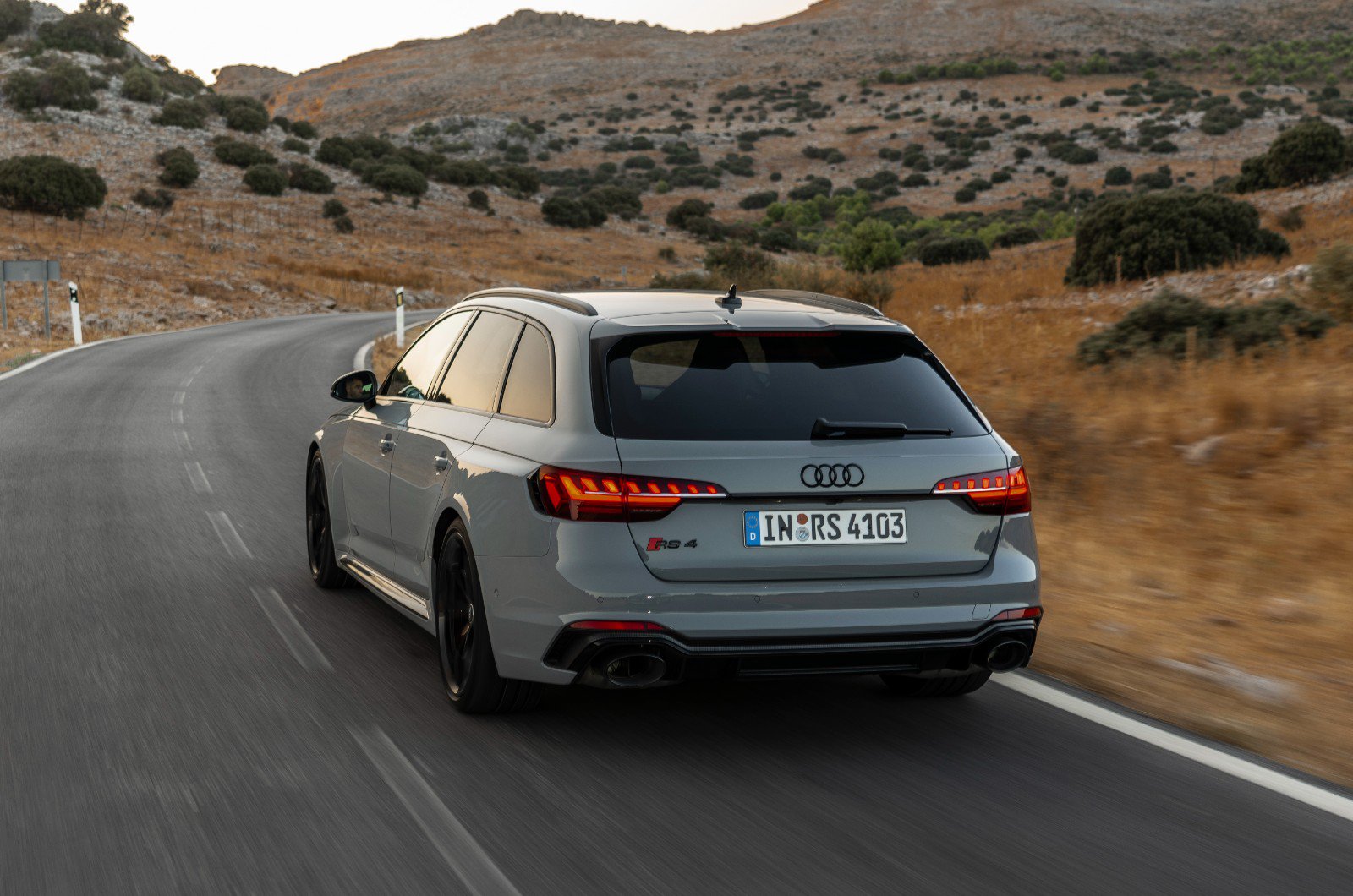 Of course, arguably the best bit about the RS4 has always been its everyday usability when it isn’t at the track and that hasn’t changed. Just like all other versions, the RS4 Avant Competition is just as happy taking your family to B&Q as it is lapping the Nurburgring.

Like the sound of that and fancy one for yourself? You’ll have to be quick if you want a piece of the action: UK units are limited to just 75 and plenty of those slots have already been filled.

So, should you head straight for the RS4 Avant Competition, or just stick with the standard RS4 Avant? Read on to find out.

Since the RS4 Avant Competition is based on the standard car, you still get the same 444bhp 2.9-litre twin-turbocharged V6 that feeds all of its power through an 8-speed automatic gearbox and to all-four wheels.

The difference, as we’ve already mentioned, is the way that it decides to use all of that power. For example, the software controlling the gearbox has been updated, so that now it changes gear even faster. As a result, the 0-62mph sprint time has been dropped to just 3.9sec, matching the more powerful Alfa Romeo Guilia Quadrifoglio.

Granted, given that the drop is just 0.2sec, it’s not massively noticeable, but you will notice how aggressive the gear change now is, dropping you into each gear with a thud reminiscent of a racing car. Considering Audi decided not to put a double-clutch gearbox in the RS4, it’s incredibly impressive how quickly it changes gear.

Our only slight demerit of this new update is that the only way to make the most of the changes is to be in Dynamic mode. The issue here is that, unless you’re going hell for leather, the gearbox tends to hunt through the gears, switching up and down and not settling in a gear for very long.

As has always been the case with the RS4, thanks to the quattro system, it has the uncanny ability to track through any corner with unimaginable pace. The Competition takes this ability one step further with 10mm lower coilover suspension (which can be easily lowered another 10mm), three-way adjustable dampers and stiffer anti-roll bars that give you extra stability and control.

When you combine that control and grip with the specially-tweaked steering rack, that’s more responsive than the standard car’s, you end up with an RS4 that fills you with confidence and is very easy to drive quickly. 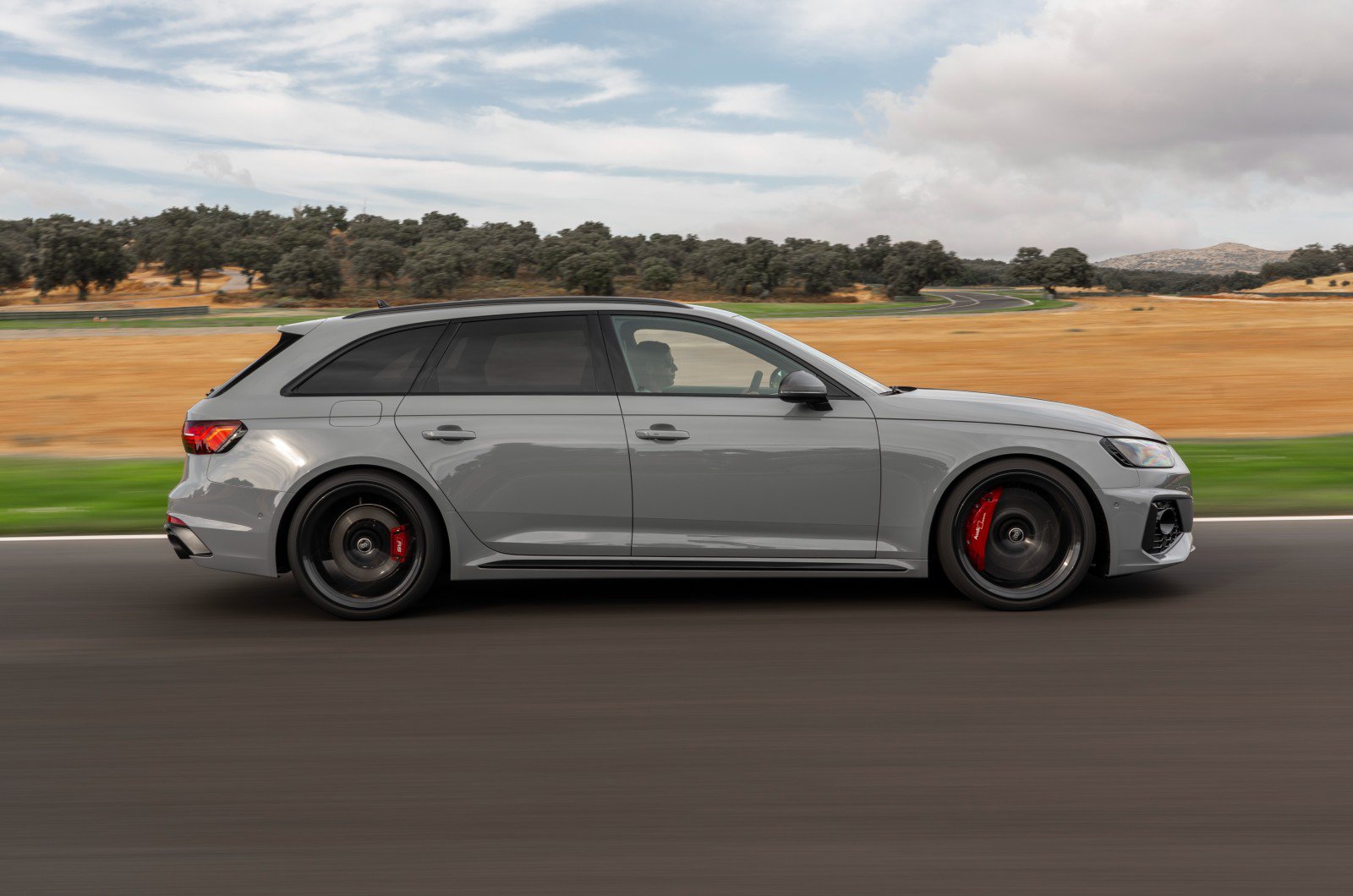 You’d expect that all of these lap-time focused changes would make the RS4 Competition a nightmare on the road, but they actually make for a big improvement over the regular car. That’s because, where the standard RS4 tended to suffer with pitching and rolling through corners, the Competition's stiffer set-up remains almost constantly flat.

Of course, that does also mean that the ride is firmer than rivals, including the Alpina B3 Touring, but sophisticated damping means that the RS4 remains comfortable, soaking up road imperfections and small potholes well. As you might expect, it will thud through large potholes, but that’s the plight of most performance cars.

Save for a few subtle details, the interior remains similar to the standard RS4 Avant. That means that it’s nice (and we mean, really nice), and filled with lots of fancy materials, including aluminium highlights and soft Nappa leather throughout. Indeed, you’ll find it hard pressed to find anything cheap or scratchy.

The main difference inside is the Dinamica-leather and Alcantara covered seats and the Alcantara covered steering wheel. The seats are electrically adjustable (including for lumbar support) and strike a good balance between everyday comfort and support for when you’re exploiting the RS4 Competition’s cornering ability. 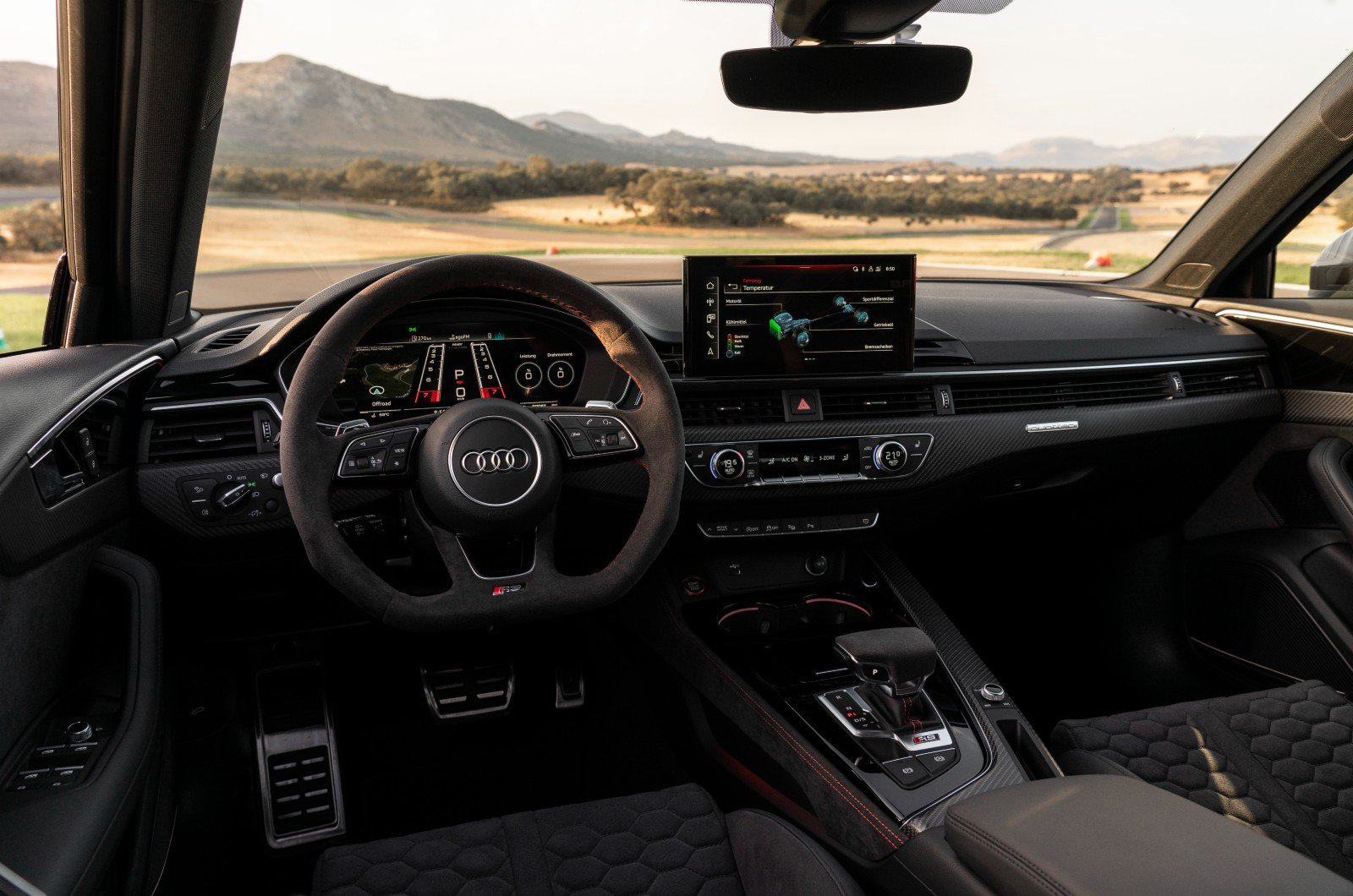 Of course, if you like the idea of a performance-focused car with plenty of space inside, you won’t be disappointed here. The RS4 remains as spacious as the regular Audi A4 Avant, with plenty of head and leg room for six-footers, front and rear, and a large boot.

If you want to know more about the RS4 Avant’s interior and just how practical it is, we have a whole section in our dedicated RS4 review.