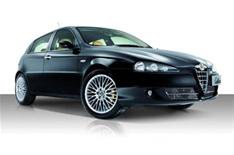 An advert for an Alfa Romeo 147 has been labelled as 'misleading' by the Advertising Standards Authority (ASA).

The ad in the national press had emphasised the special edition Collex13,950 price tag, however the model used to illustrate the advert actually cost 14,450.

Alfa Romeo believed the advert wasn't misleading because the text underneath the car had stated 'All from just 13,650' and that information in the ad's footnote had the price about the model featured in the photograph.