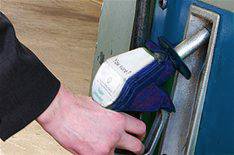 Asda and Sainsbury's say they will cut the price of fuel at their petrol stations from Tuesday.

It says it has cut fuel prices by 14p a litre since April.

Sainsbury's announced on Twitter that it will cut its fuel prices 'by up to 2p a litre' from tomorrow.

According to the AA, the average price of a litre of unleaded across the country is 133.8p, while a litre of diesel costs 139.3p on average.

However, fuel prices are soon set to rise, with a planned 3p per litre increase in fuel duty expected on August 1.