More for you |
Most and least reliable family carsWhat to do if you put the wrong fuel in your carVolkswagen Passat GTE long-term test reviewNew issue of What Car? magazine on sale nowTrue MPG: most efficient SUVs
Home
News
Bentley plans Range Rover-rivalling 4x4
news 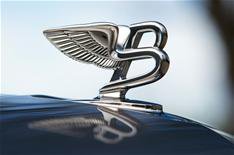 Bentley is preparing an ultra-luxurious SUV to take on the next-generation Range Rover, its chairman Wolfgang Durheimer has revealed.

The Volkswagen-owned company has been eyeing up an extra model, beyond its current line-up of Continental variants and the Mulsanne, as it tries to push its projected 2011 sales figure of around 7000 cars towards its all-time high of 10,000 units.

Durheimer told What Car? that he believes a luxurious SUV would appeal to burgeoning markets in China, the Middle East and Russia.

'There is fresh, "undug" ground on the SUV side,' said Durheimer. 'The Porsche Cayenne Turbo S is good, very attractive, but it can be beaten on craftsmanship. If we could produce an SUV with the interior finish of the Mulsanne, we could have a real success in China, the US and Europe. It could be our biggest seller.

There are discussions ongoing with the [VW Group] board; they are pretty advanced talks, but the project does still need approval.'

When asked if the car would be more expensive than the next-generation Range Rover, which is expected to crack through the 150,000 mark, Durheimer said: 'I don't know their exact figures, but the car would be at the top of the market.'

He revealed that the SUV could use V8 power, but reiterated his belief that Bentley should become the VW Group's centre for the future development of 12-cylinder engines.