With a rise in the use of smartphone sat-nav apps, is it still worth buying a portable sat-nav? We tell you which ones are the best...

Smartphones and in-built car sat-navs are becoming increasingly common and sales of the humble portable sat-nav are dwindling, so much so that John Lewis has recently stopped selling them in store.

But for those who don’t use their smartphone for navigation services and don’t have sat-nav in their infotainment systems, portable sat navs remain the best option. If you do want a sat-nav, then, which is the best ?

We tested all the sat-navs by taking them on a mix of urban and countryside journeys to check out their skills. We examined their functionality, ease of use, build quality and effectiveness. 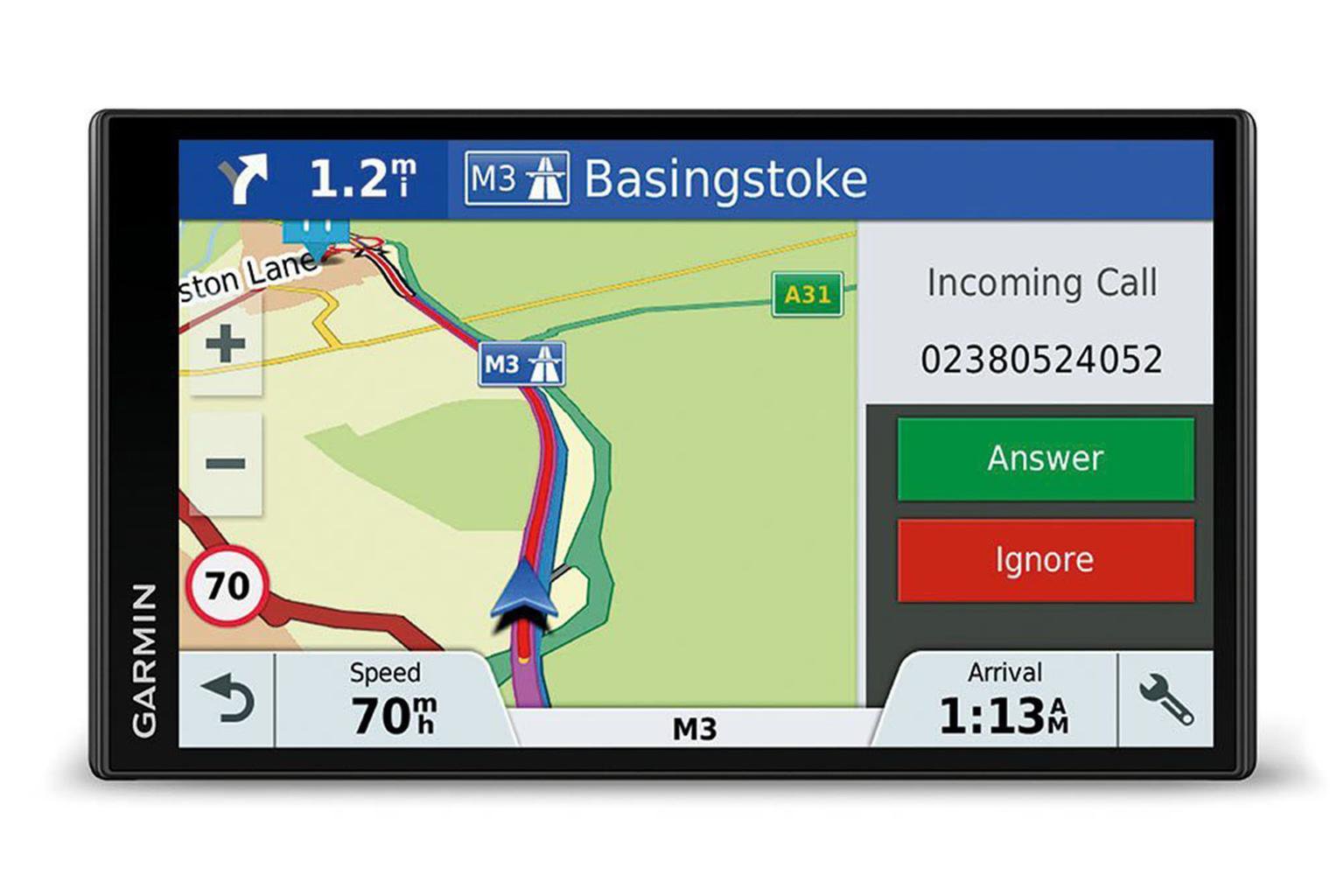 This entry-level TomTom is a no-frills, 5.0in touchscreen sat-nav with lifetime map updates and three months of speed camera alerts, but you have to connect it to a computer to get software and map updates. As standard, it comes with maps of UK and Ireland, and for around £20 extra you can purchase maps for Western Europe, which also includes lifetime subscriptions to updates. The Start 52 offers no extra features such as Bluetooth and wi-fi and it doesn’t have live traffic data. It does, however, have pleasantly crisp graphics that are much better than those offered in Mio sat-navs. 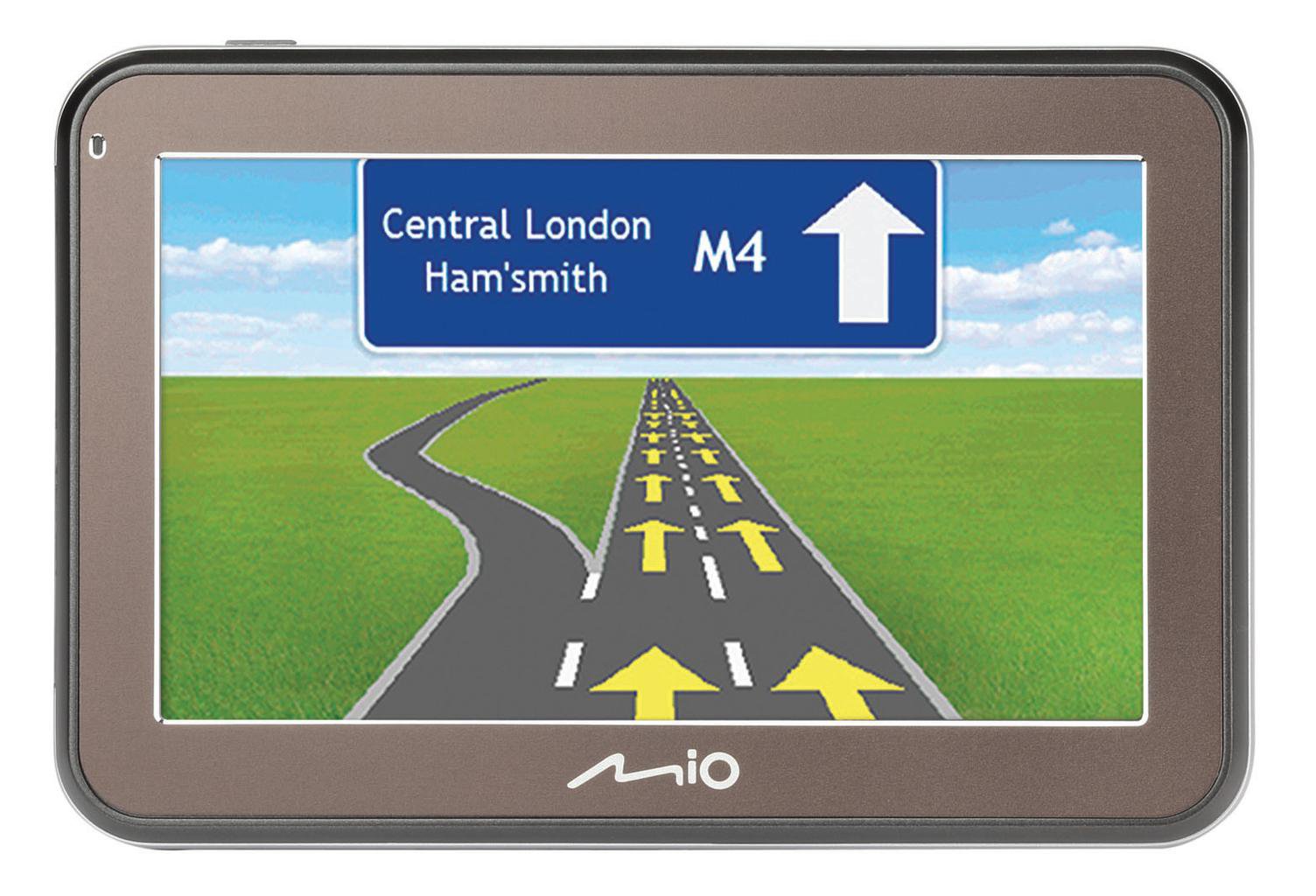 This gets a 5.0in touchscreen and lifetime live traffic data, but it relies on a smartphone connection - and your mobile data - to enable that function. And while this service is quite useful, it still isn’t as effective or reliable at pinpointing traffic problems and navigating you around them as the smartphone app Waze. The VIA 53 also gets lifetime European maps and speed camera alerts. If you do the majority of your time driving in cities and have to have a portable sat-nav, this is the one to go for. 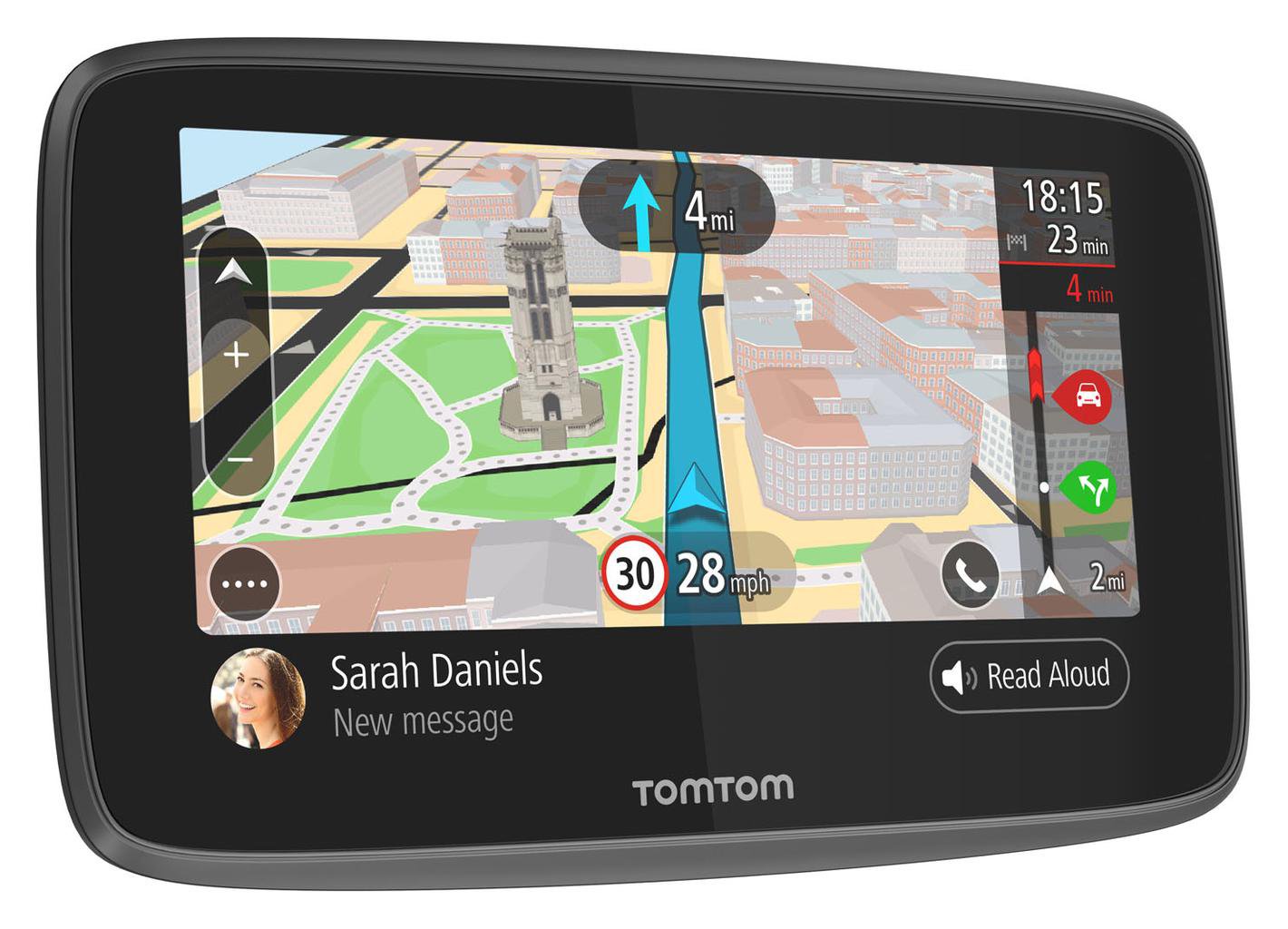 The cheapest sat-nav in our test is also the worst. It has a small 4.3in screen that is roughly only the same size as an iPhone SE's screen. The graphics on the 5400LM are also very pixilated and look old, while the responsiveness of the touchscreen is disappointingly laggy. Being the cheapest, it also doesn’t offer wi-fi or Bluetooth connectivity, although it does helpfully come with European maps. It doesn’t, however, do much to avoid traffic jams, so it's not much use in congested inner cities. It's a light unit, but it feels very cheap, and aside from its low price there is little about it to recommend, so it’s worth upping your budget to something else if you can. Mio also offers more expensive models in its range, such as the Spirit 7500 LM and 8670 LM, but these don't do enough to justify their prices.

A good-value sat-nav that gets lifetime live traffic updates and live parking information via a smartphone app, as well as Trip Advisor reviews on hotels and restaurants. It's all a bit clunky to use, though, and not very intuitive, and if you have a smartphone you'll probably rarely use the Trip Advisor function on the Garmin. The parking information is quite inconsistent, too. At least the routes it provides are good, even if it isn't quite so brilliant at avoiding traffic, and it's a real bonus that it includes European maps as well. 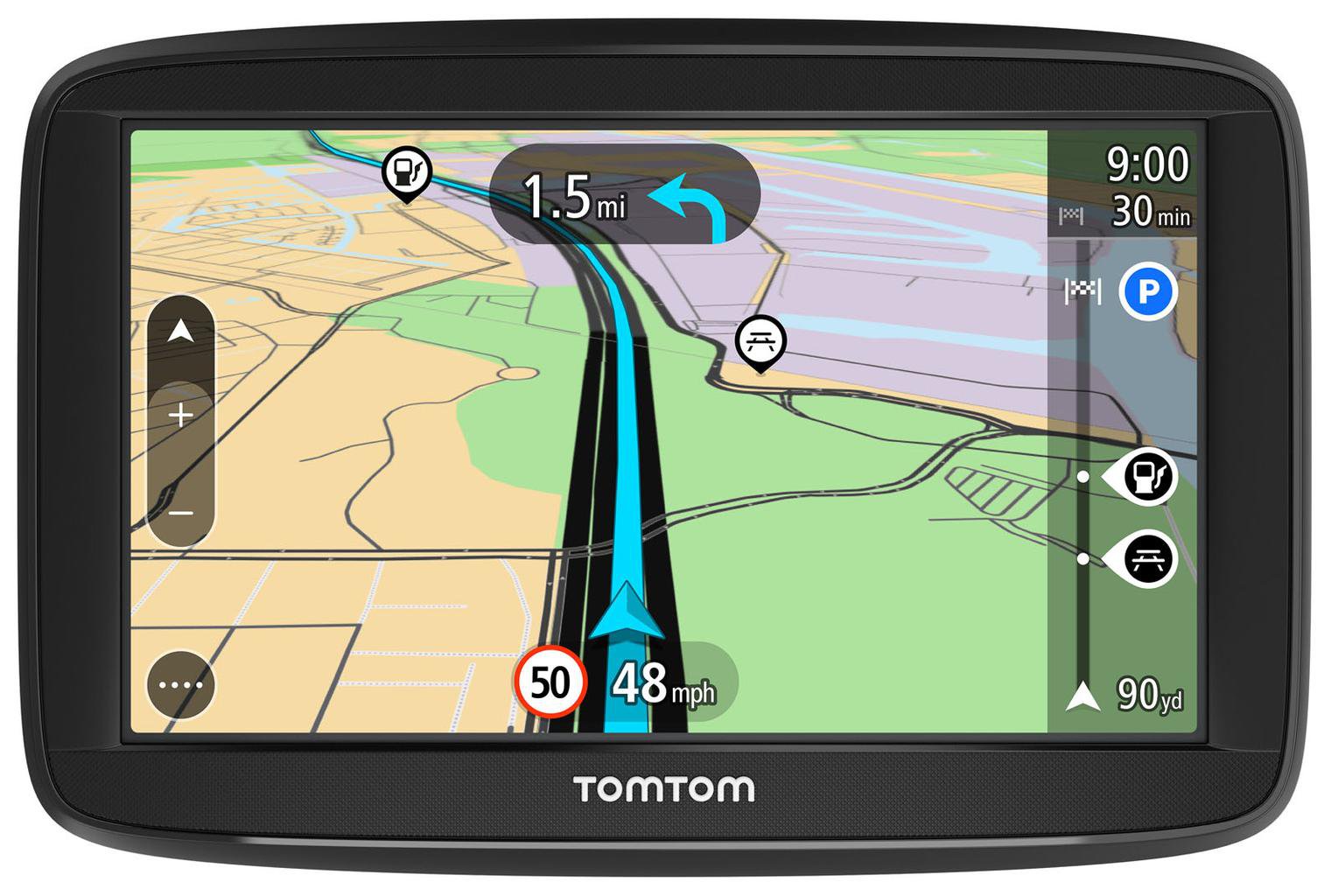 This Garmin sat-nav has a big 6.95in touchscreen – the biggest screen in this test – that offers very clear graphics and easy-to-follow directions, although it doesn’t look quite as slick as the TomTom's display. The Garmin has wi-fi capability, so it can download updates and maps without the need to connect to a computer. It gets lifetime live traffic updates, but they aren’t quite as accurate as the TomTom's. Similarly, while the Garmin offers European maps, similarly priced TomToms offer world maps.

Read on to find out what the best sat navs are

Deal of the Day: Nissan Pulsar

How the 2014 Nissan Pulsar will beat the VW Golf