There have been a few scary stories about the new Ultra Low Emissions Zone (ULEZ) that's coming in April, but our top 10 list proves you can still drive a diesel SUV in London on a budget... 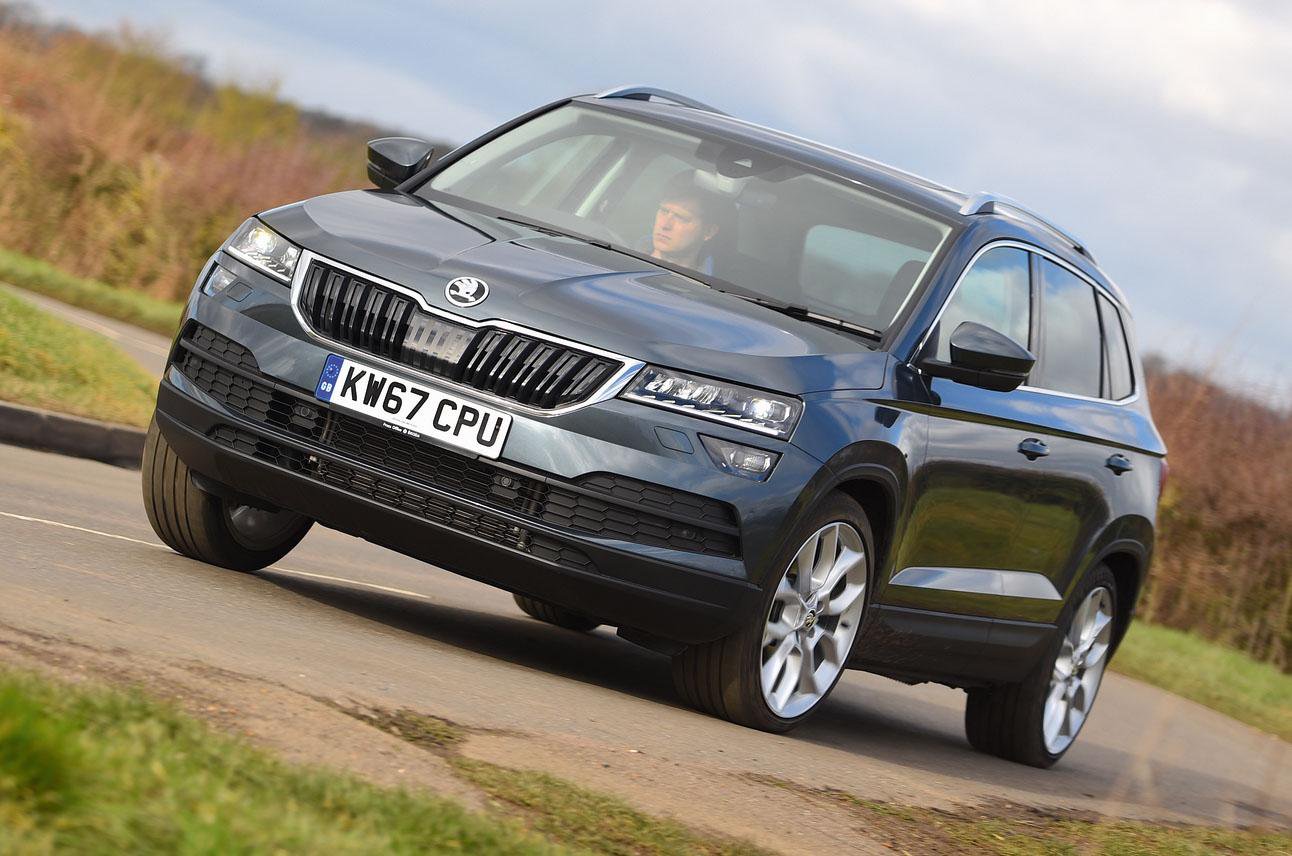 While it may not have the charming and individual style of the Yeti that preceded it, the Skoda Karoq is still an excellent family SUV that covers all bases. Parents will appreciate the thoughtful touches such as the wide door openings that make it easier to put a child into a booster seat. The interior is also well made and features good-quality materials, although it's a little plain compared with the Peugeot 3008's.

The Karoq's 1.6-litre diesel engine is shared with other members of the Volkswagen Group family, including the Audi Q2. Again, it isn’t the best diesel engine on the market, but its official combined fuel economy is competitive at 62.8mpg (NEDC). Light steering makes parking easy and the supple ride at speed allows you to tackle big trips with minimum fatigue. 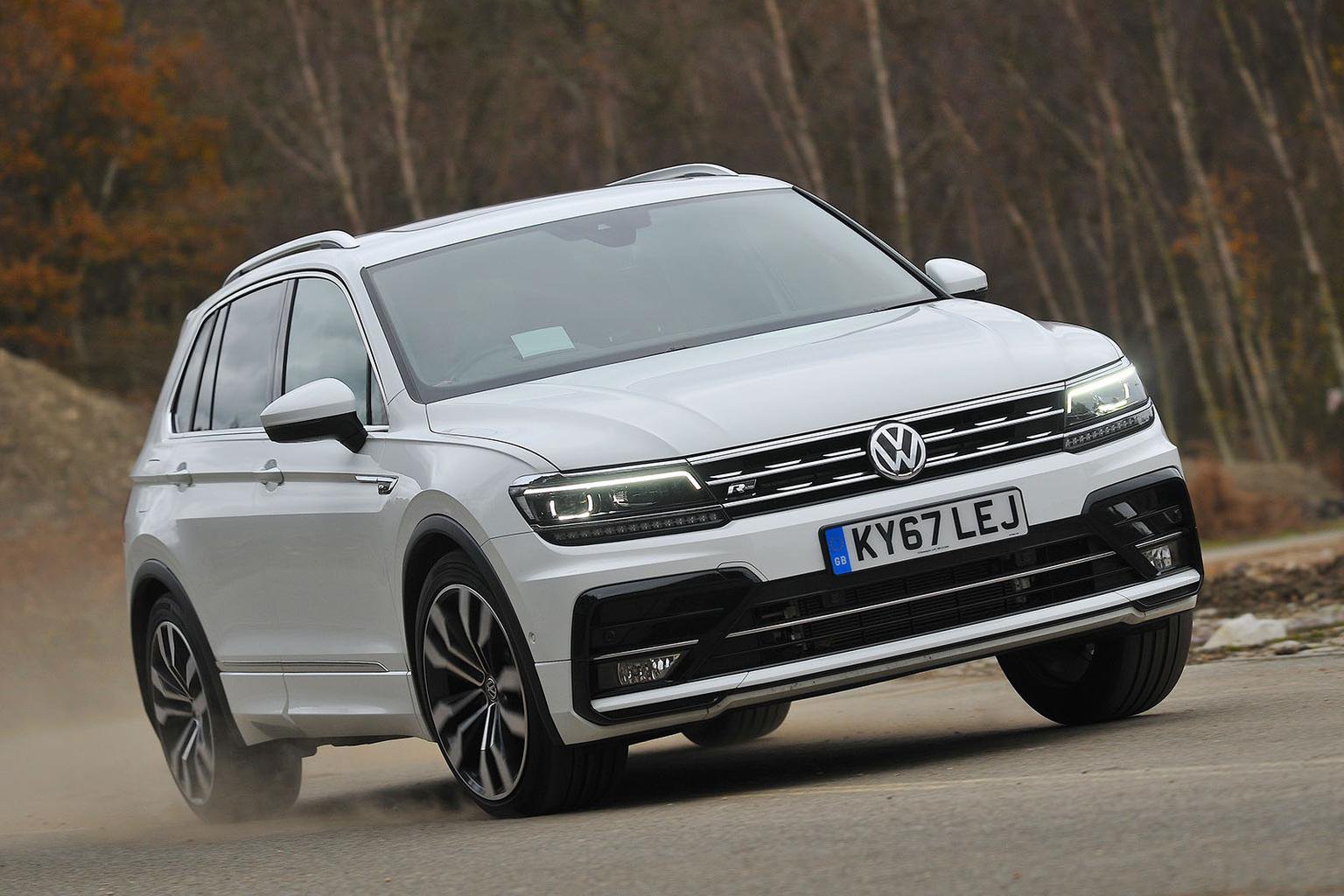 The second-generation Volkswagen Tiguan builds on all the best bits of the original model while giving buyers more space inside, an improved infotainment system and big car levels of refinement. Few large SUVs are quite so relaxing to drive, whether you’re stuck in traffic or cruising down the motorway. Grip levels are good and the ride deals with the initial shock of potholes and speed bumps without bothering you.

You’ll never get excited by the design of the Tiguan's interior, even if you get one in R-Line trim, with its sporty steering wheel and other dashboard trinkets. However, everything is logically laid out, so it shouldn’t take you long to feel at home.

The Tiguan's 2.0-litre diesel engine is one of the largest on this list, and it's impressively refined and isolated. What’s more, it's flexible, being able to pull well from low revs. Official combined fuel economy of 58.9mpg (NEDC) isn’t bad considering the size of the Tiguan. 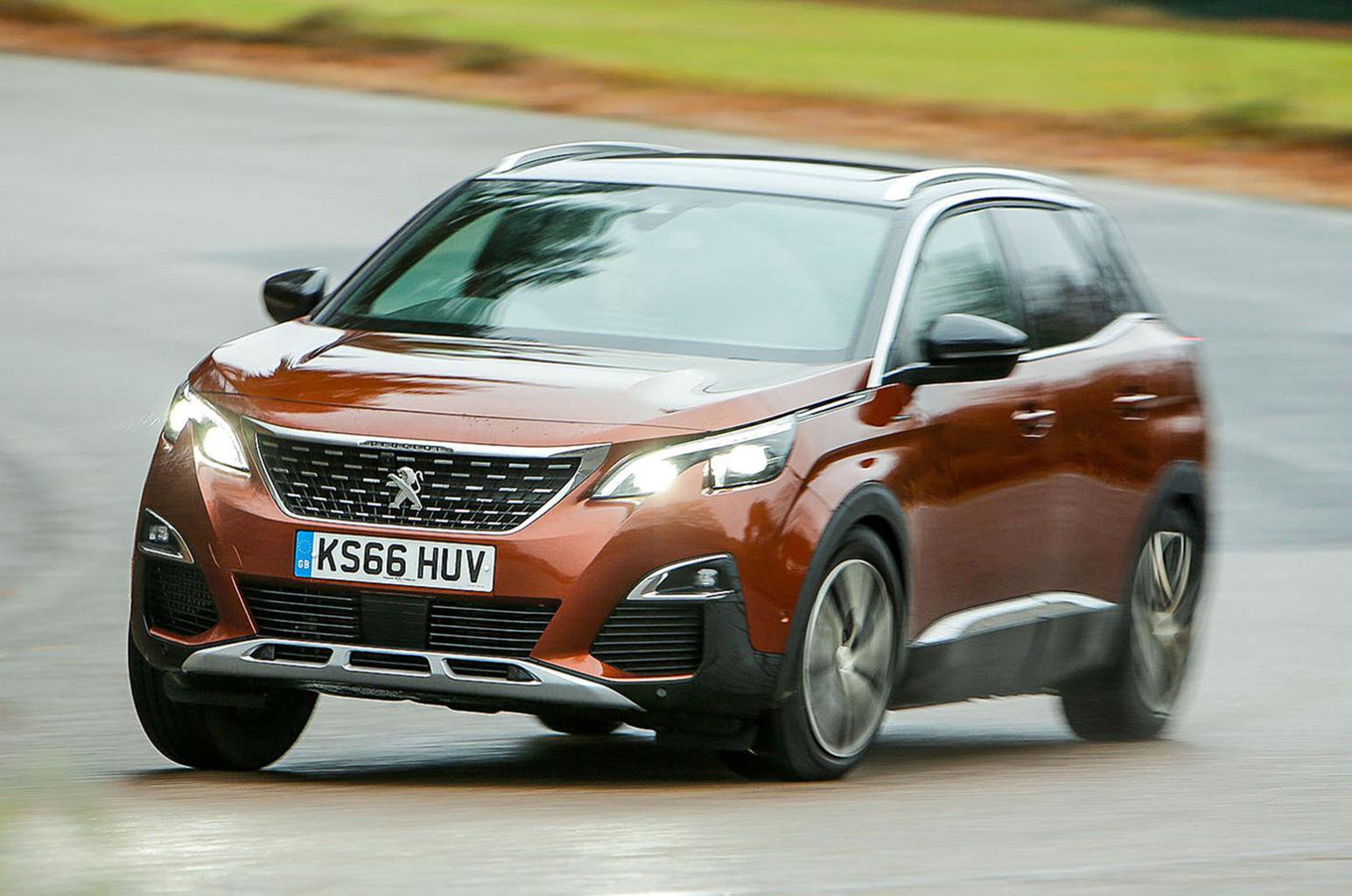 Peugeot is going through a bit of a renaissance at the moment, and it’s because of the popularity of cars such as the 3008. Some might say that sticking any old SUV in your range will guarantee sales, but the 3008 is much better than that.

Firstly, the design of it has really struck a chord with buyers for being bold and distinctive, both outside and in. Upon entering the 3008, you’re greeted by a funky-looking dashboard that houses a large touchscreen infotainment system to reduce the number of physical buttons. There's still a row of toggle switches that act as shortcut keys to help you navigate the system, though, and the Apple CarPlay and Android Auto smartphone mirroring functions are included.

The 1.6-litre diesel engine is a fine choice, because it's very refined, produces useful low-down grunt to help you make relaxed progress and promises to achieve a very frugal 70.6mpg (NEDC). 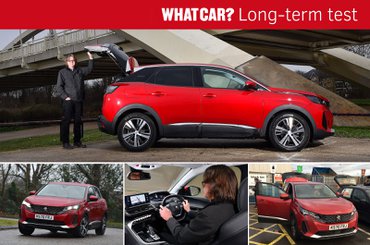 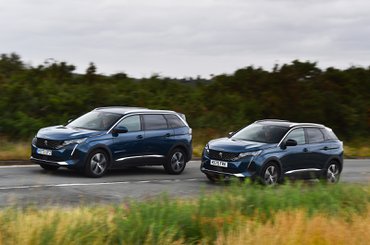 Peugeot’s SUVs have lots of great things in common, so how do you pick one? We pit the seven-seat 5008 against the smaller plug-in hybrid 3008