Our Executive Car of the Year, the BMW 3 Series, faces its toughest assignment yet: everyday life. Will it prove to be a corporate titan or quickly lose its shine? We have six months to find out...

Why it’s here Having clinched the title of Executive Car of the Year at the 2019 What Car? Awards, the all-new 3 Series must now prove itself a champion in daily life

Needs to Be comfortable for long journeys and the weekday commute, offer exceptional fuel economy and function as a mobile office when needed

I must cut a strange sight, travelling along the A316 towards Twickenham while gesticulating wildly at my 3 Series’ infotainment screen.

No, I’m not suffering a nervous breakdown or trying to cast a spell, but rather getting to grips with my car’s gesture control system. You see, as well as controlling things such as the music volume or my phone with buttons and speech recognition, I can also use gestures. And before your imagination runs wild, those gestures are strictly controlled, both as to what they are and what they control. 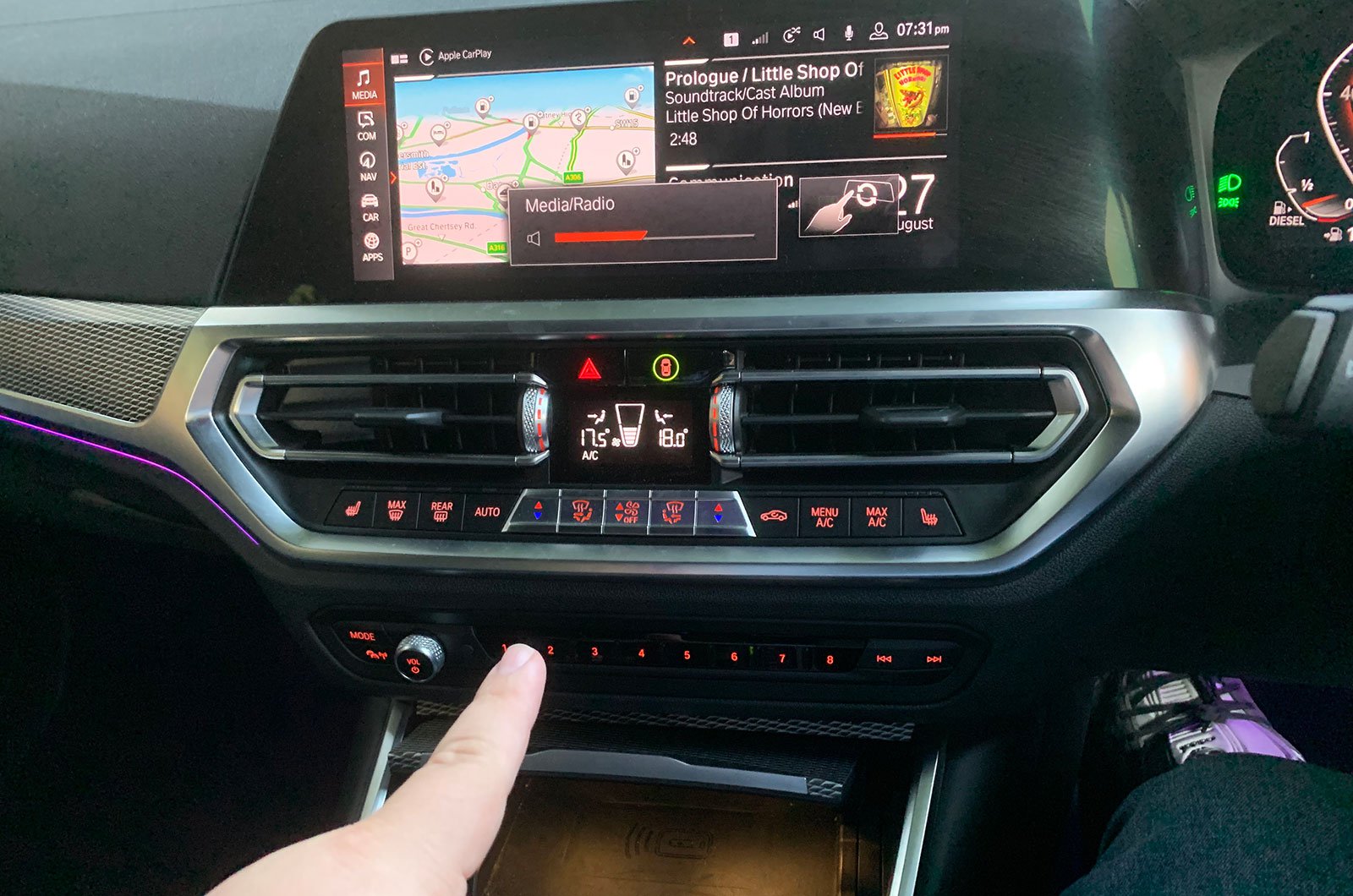 Boy, does it take some getting used to. Sometimes I can waggle my finger through the air and the stereo volume will go up and down depending on the direction of the mid-air circle I’m drawing. But whenever I try to show this to a passenger, it either lags terribly or doesn’t respond at all. Until these helpful technologies work perfectly every time, I suspect they won’t catch on. And in the meantime, I’ll stick to the buttons, thanks.

Best used executive cars - and one to avoid