More for you |
Secrets of a paramedicWATCH: 2020 Polestar 2 review – better than a Tesla Model 3?Cars that are cheaper to buy on finance than with cashNew issue of What Car? magazine on sale nowBest used coupes for less than £10,000 (and the ones to avoid)
Home
News
BMW profits triple
news 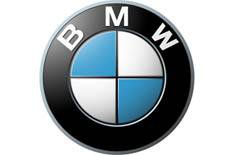 BMW has announced first-quarter profits for 2010, which have more than tripled when compared with the final three months of 2009 confirming a return to demand for premium cars.

The increase in demand for BMW's luxury cars, such as the new 5 Series, has been spearheaded by sales in China, where orders have more than doubled.

Future concerns over profitability
BMW's operating profit margin in the first three months of 2010 was 2.7%, which trails its main rival Daimler, which returned a 7% margin in its automotive sector.

Analysts are also concerned that BMW's future profits could be cut further because of the company's plans to expand the production of its smaller cars such as the Mini meaning equally reduced margins.