Conventional power for next 40 years

* Alternatives to petrol and diesel under development * Demand for oil now at 80 million barrels a day * Current fuels can be improved, too... 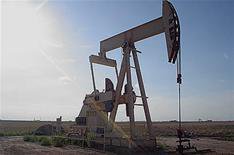 Two-thirds of road transport will still be using conventional engines running on liquid fuels 40 years from now, despite the clamour for greater electrification of the car, according to Shell.

Those liquid fuels will include alternatives to crude oil pumped from the ground and refined into petrol and diesel, says the company's executive vice-president, Chong Men Tan. Second-generation bio-fuels will play a part, as will gas turned into liquids and hydrogen.

Shell says there are vast untapped resources of natural gas underground it is believed there is 250 years' worth beneath the USA alone to help reduce the world's reliance on oil for maintaining mobility.

The IEA believes the extraction of conventional crude oil has peaked, so new sources of energy will be needed to meet the increased demand.

Improved fuels to reduce emissions
The continued reliance on fossil fuels means even greater strides will have to be taken to meet the lower CO2 and fuel consumption targets being imposed in various parts of the world, not least the EU.

Both Shell and the French petroleum company, Total, say that improved fuels and lubricants can play a part along with the efforts of car manufacturers.

Similar gains with conventional family cars would be difficult because of the demands of manufacturers worried about warranty claims, but Total says that even small savings would amount to a lot when multiplied by the number of new cars being sold. Shell reckons 2-2.5% is realistic.

In the short term that will not make any difference to the 750 million vehicles already in use in the world, the president of General Motors Europe Nick Reilly, told a forum at the Bibendum Challenge, a green vehicle and technology exhibition currently being staged in Berlin.

'There is a huge car parc [the fleet of cars currently on the road] out there not involving new technology and being used more and more,' he said. 'New-car sales with new technology will grow pretty rapidly, but will still amount to only 1% of the total parc in the foreseeable future.'