More for you |
2020 Volkswagen Caddy van revealed: price, specs and release dateUsed Ford Fiesta long-term test reviewWhat can I do about a security issue on my car? Best cars for less than £250 per monthWhy is my new car’s fuel economy so poor?
Home
News
'Deprived' children at risk on roads
news

'Deprived' children at risk on roads

* Four times more likely to be killed or injured * Survival rates drop over 20mph * Put clocks forward to save lives... 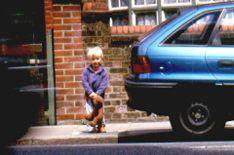 Children are four times more likely to be killed or injured if they live in a deprived area when compared with kids from wealthier homes, according to the report from the House of Commons Public Accounts Committee.

MPs have called for the Department for Transport (DfT) to prioritise and target road safety schemes in deprived areas, where the highest number of child pedestrians are killed or injured.

Cut speed to save lives
Survival rates plummet for both pedestrians and cyclists in collisions where speeds exceed 20mph, leading to recommendations in the report that speed reduction measures including cameras, road humps and speed limits should be promoted.

Change the clocks
The report also said there was 'substantial evidence' that putting clocks forward an hour throughout the year would cut the number of people killed or seriously injured on British roads.

This was echoed by the Royal Society for the Prevention of Accidents (RoSPA), which has long campaigned for clocks to be put one hour ahead of GMT in winter, and two hours ahead in summer, a system it calls 'Single Double Summer Time' (SDST).

Tom Mullarkey, RoSPA chief executive, said: 'We will continue to call for a change that we believe would save lives and reduce injuries.

'Casualty data shows that more pedestrians are killed and injured in the afternoon and early evening than in the morning. Therefore, by moving to SDST, vulnerable road users, such as children walking home from school, would have an extra hour of daylight in which to complete their journeys.'

Police data 'understates casualty numbers'
The Committee also found that police 'consistently understate the numbers of road casualties each year', which has resulted in an attempt by the DfT to clarify data by comparing police authority figures with those collected by the NHS.

Committee chairman, Edward Leigh, said: 'The department has identified the scale of the mismatch some 230,000 casualties were reported to the police in 2008 against an estimated real-world figure of around 800,000.