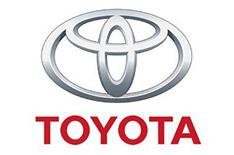 Toyota says its UK service centres will be open for extended hours and at weekends to cope with the massive recall announced earlier this week.

Toyota said there are 180,865 vehicles in the UK affected by the recall, instigated to rectify an accelerator safety problem.

The company says it is working with the DVLA to get contact details of all owners of the vehicles that will be recalled.

A letter will then be sent to these Toyota owners, explaining the problem and the signs drivers should look out for that might indicate their car has a problem.

The letter will also provide details of what to do in the event of the accelerator sticking.

30-minute job to fix
The parts required to fix the accelerator problem arrive in the UK next week. A second letter will then be sent to Toyota owners asking them to book their car in for the recall work. Toyota says each job should take 30 minutes to complete.

Toyota expects the recall work in the UK to take eight weeks.