More for you |
Big savings on our Car of the Year Awards winners2020 new car sales revealed: who were the winners and losers?Top 10 used SUVs for less than £10,000Used test: BMW 1 Series vs Mercedes A-ClassNew Dacia Bigster large SUV – what we know so far
Home
News
Final scores
news 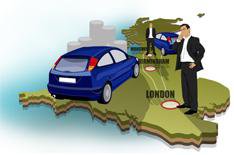 On average, cars are still cheaper the farther North you go, although by only 432. All of the cars we shopped for, bar one, were cheaper up North - in some cases substantially so.

The biggest saving was on the Nissan X-Trail, which produced a combined average price of 12,284, or 976 less than the same car in the South.

There were also worthwhile discounts to be had on the BMW 3 Series and the Citroen Xsara Picasso (see page six for full results).

The one car that stood out as cheaper in the South was the Vauxhall Corsa - taking an average of dealer, supermarket and private prices it proved 67 cheaper to buy down South.

Franchised dealers were predictably the most expensive places to buy a car, and all but one charged less for a car in the North.

Car supermarkets, however, were significantly cheaper, and their prices were much more consistent across the country.