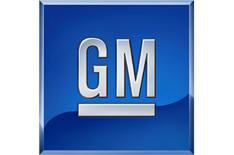 General Motors has revealed it will have lithium-ion battery-powered hybrid cars on sale by 2010.

The announcement, made at the Geneva motor show, marks the first time a definite date has been put on a mass-produced car using this hybrid technology being available.

GM says the lithium-ion battery hybrid system will be able to slot into virtually every model it currently produces and describes the technology employed as 'taking everything we have had previously and putting it on steroids.'

Previously, battery-powered hybrids have been based around nickel metal hydride technology. However, GM officials estimate lithium-ion technology will allow them to build engines that are 24% smaller, 40% lighter and 33% more powerful.

The battery unit is expected to be fitted to a 2.4-litre turbo-charged engine, with the lithium-ion technology providing electric boost three times the amount of that previously available from GM's electric motors.

To save fuel the battery will provide boost from start-off, with the turbo tacking over once the revs reach the optimum point. It is estimated this system will give the engine similar performance figures to a current 3.6-litre engine.

Combined with better regenerative braking systems that will generate power to charge the battery, it is estimated the technology will save between 15-20% of fuel when compared to the standard car's consumption.

GM expects to sell at least 100,000 cars featuring this technology each year.