Government replies to What Car? petition 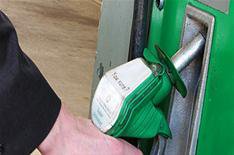 In June, we started a petition on Downing Street's website calling on the Government to ring-fence the extra cash raised from VAT from fuel sales to help motorists.

Downing Street has responded by saying:

_The Government understands the pressures that many businesses and families around the country are feeling as a result of high pump prices caused by the global credit crunch and record rises in world oil prices. It was in response to these concerns that the Chancellor announced on 17 July that there would be no increase in fuel duty this year. This decision will help motorists and businesses get through what is a difficult time for everyone.

Fuel duty is charged at a flat rate and has remained at 50.35 pence per litre since October 2007. Taking inflation into account, this rate is 17 per cent lower than in 1999, when the Government abolished the fuel duty escalator. If this escalator which was introduced in 1993 - had instead remained in place, fuel duty would now be almost 30 pence per litre higher. As fuel duty is a flat rate rather than a percentage, and consumers tend to buy less petrol as prices rise, the total amount of revenue from fuel duty tends to fall as prices rise.

The UK is bound by European Union VAT law to apply the standard rate of VAT on fuel, which in the UK is 17.5%. However, the UK currently has one of the lowest standard rates of VAT on fuel in the EU - only three Member States have a lower standard rate. In addition, businesses - including road hauliers - are able to reclaim the VAT that they spend on fuel as a business input. It is also untrue to say that the Government is currently receiving a VAT windfall because of high fuel prices. When consumer spending goes up on fuel, there is likely to be a separate effect elsewhere in the economy, leaving the overall level of VAT revenues broadly unchanged.

The Government continues to prioritise tackling the underlying causes and impacts of high oil prices in international discussions with G7/G8 and G20 partner countries. To build on the progress made at the Jeddah Energy Meeting in June, the UK will hosting an international Summit of producers and consumers in London later this year to take forward work to address inefficiencies in the international oil market. This will look at issues including improving the investment climate for new oil supply, enhancing market transparency and energy efficiency as well as the development of alternative energy sources._