One of our favourite SUVs, the Nissan Qashqai, has two new and trendy upstarts to fend off: the Honda HR-V and Mazda CX-3...

Honda's latest offering is packed with safety kit and has a usefully practical interior.

The smallest of the trio by some margin, but you get lots of standard equipment.

It's been the small SUV to beat since it picked up our 2014 Car of the Year Award. Is it still the best?

The Nissan Qashqai has been selling like hot cakes ever since it first appeared back in 2008, but while they're late to the party, rival Japanese manufacturers Honda and Mazda have now come up with alternatives that look very appealing – at least on paper.

The former's HR-V appears to have all the ingredients to challenge the mighty Qashqai’s supremacy in the small SUV class. It’s slightly smaller on the outside, but similarly spacious inside and better equipped.

The Mazda CX-3, meanwhile, is cheaper than the HR-V and comes even more lavishly kitted. The catch? It’s much smaller than both rivals, so clearly isn’t the ideal choice if you transport six-footers on a regular basis. Then again, if you’re not too fussed about space, the CX-3’s compact dimensions should make it that bit easier to drive.

We’re testing all three cars in their most frugal forms, which means diesel engines, front-wheel drive and manual gearboxes.

The Mazda CX-3 is shorter, squatter and lighter than its rivals, so it’s unsurprisingly the most hatchback-like to drive. It responds more eagerly to steering inputs and its body stays relatively upright along twisty roads. That said, the CX-3 isn’t as enjoyable to drive as it might be because its steering is rather vague when you begin to turn the wheel, before suddenly weighting up part way through the corner.

Things are very different in the Honda HR-V, with it behaving more like a traditional 4x4. There’s quite a delay between you turning the wheel and the car responding, and then more lean when it does so. However, the HR-V is far from a wallowy barge, and its light but consistently weighted wheel makes it an easy car to manoeuvre around town. We just wish it felt a little more precise at speed. 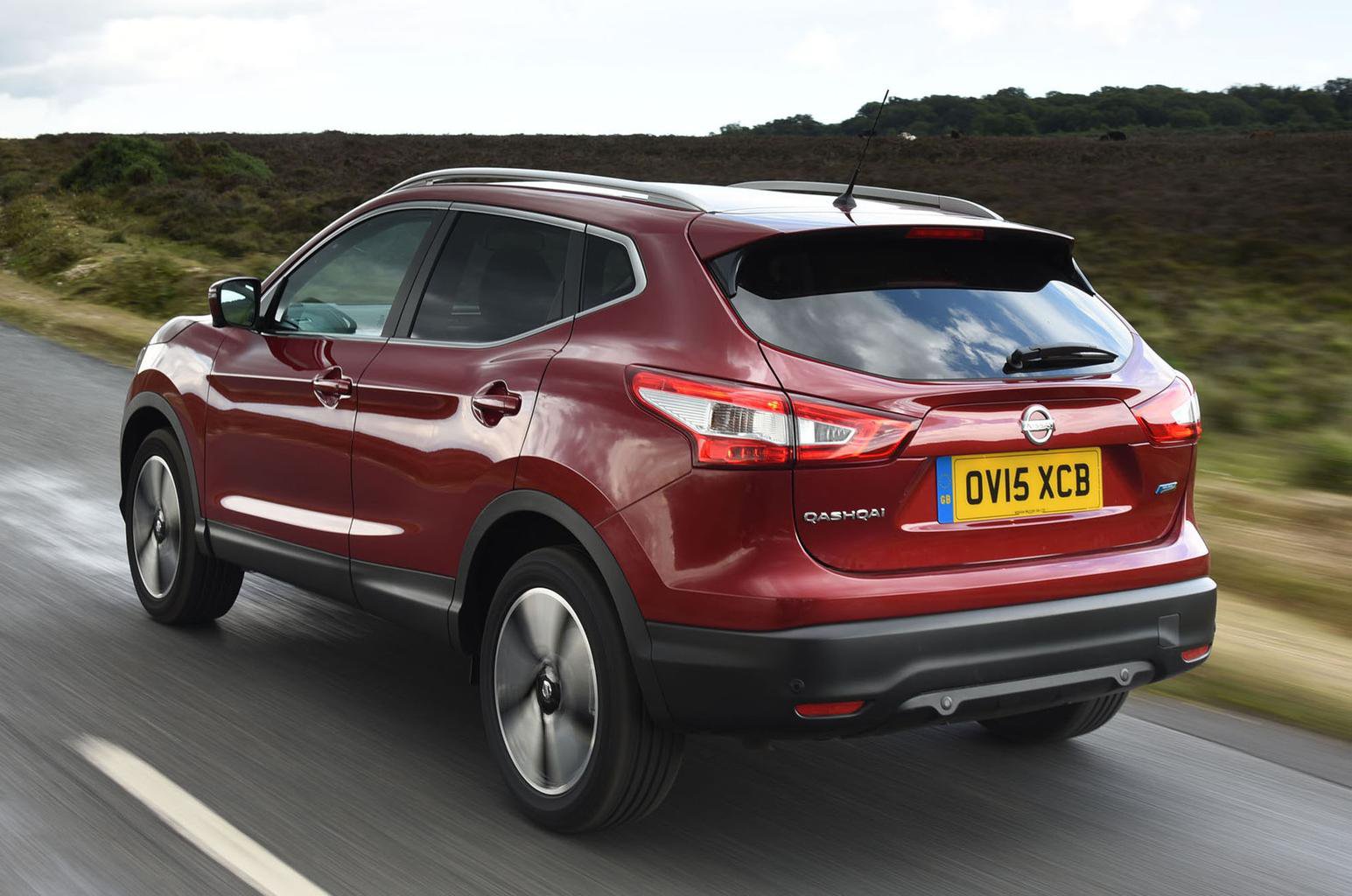 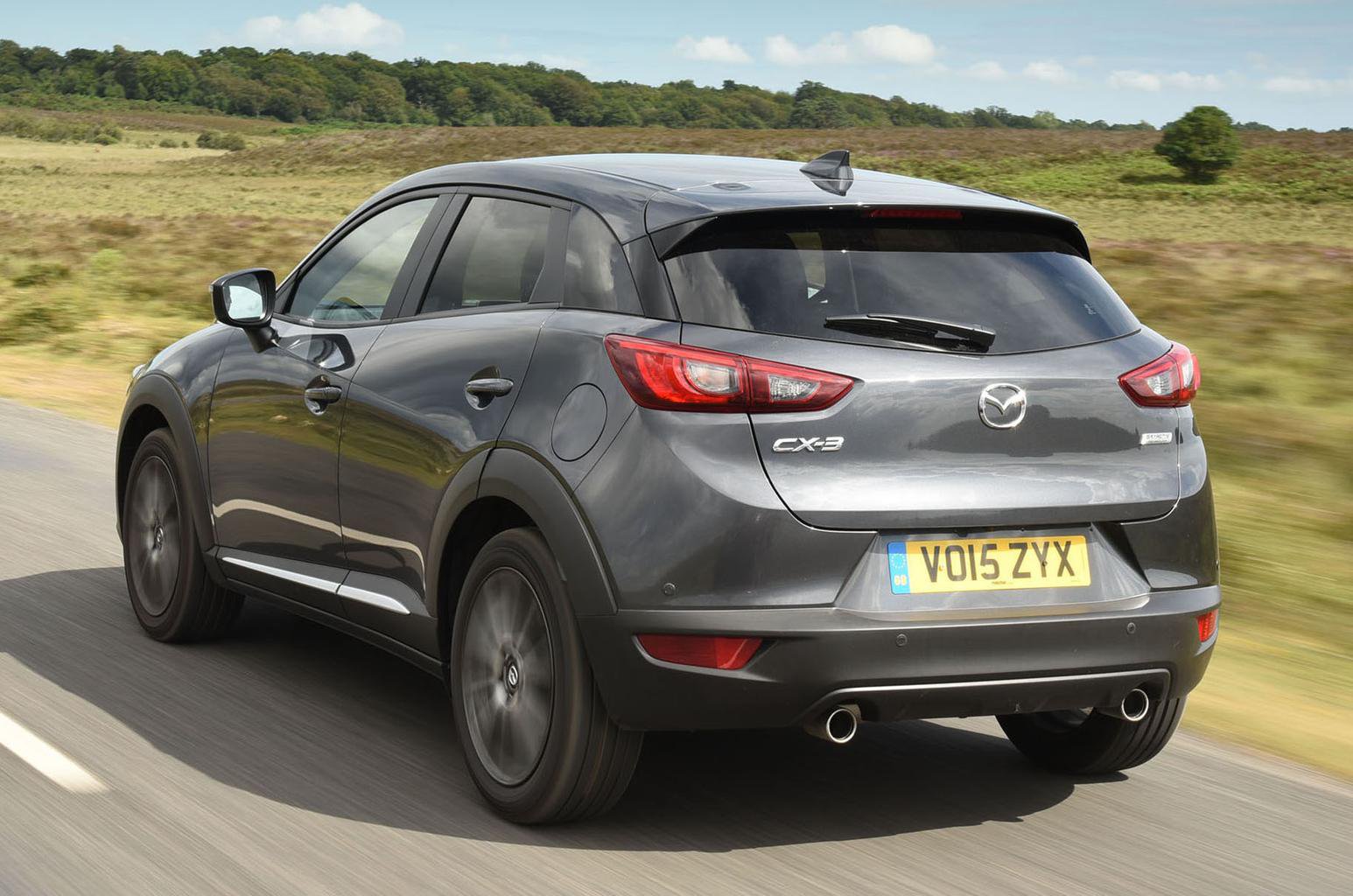 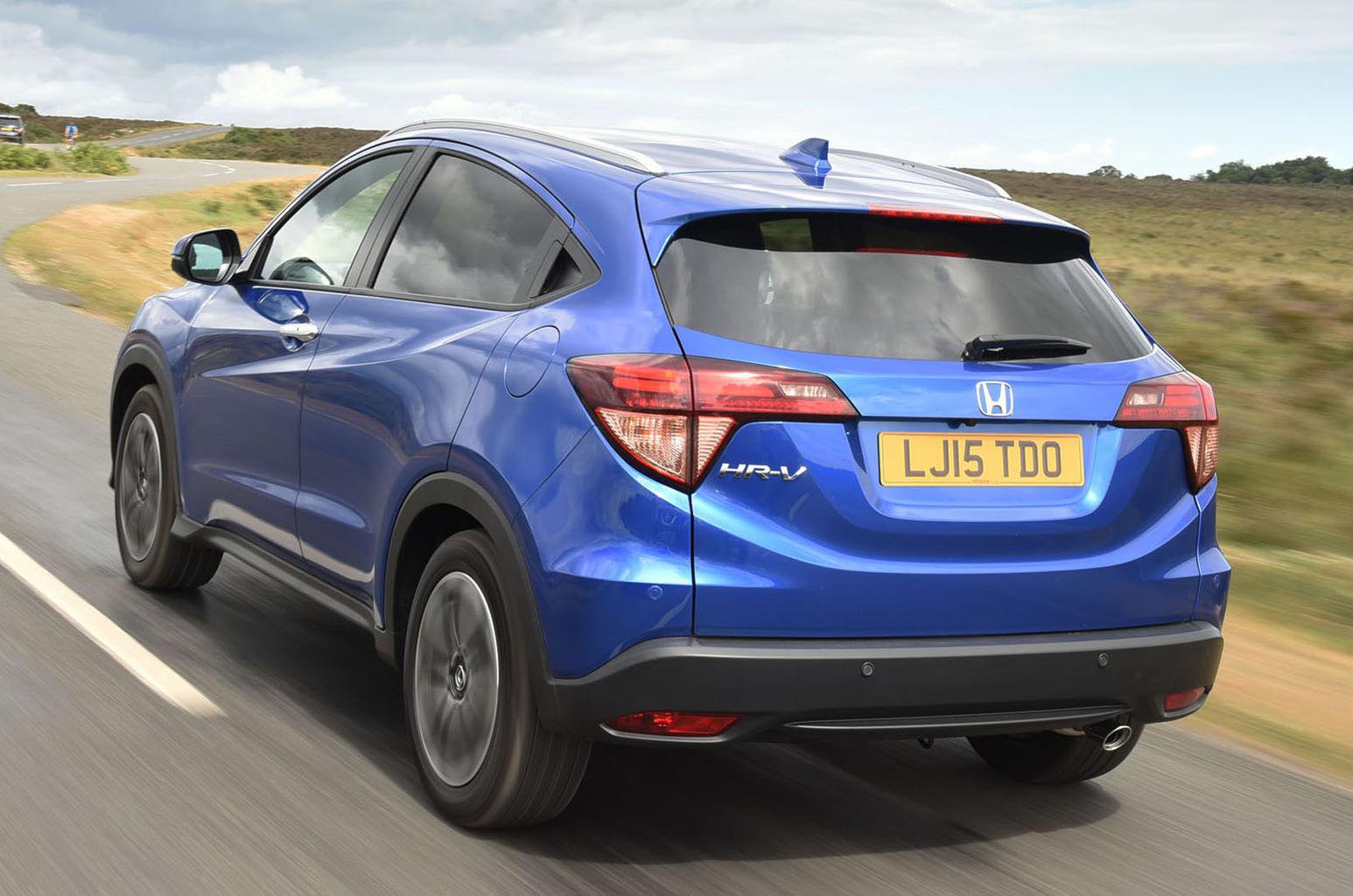 The Nissan Qashqai isn’t that agile, either. However, it makes up for that with the most accurate and natural-feeling steering; you always know what the front wheels are doing. The Qashqai’s body behaves in a similar manner to the HR-V’s through bends, yet it generally feels that bit more composed.

Comfort is a high priority for many SUV buyers, and again it’s the Qashqai that impresses most. It's impressively settled at high speed and rides bigger bumps well in town, although pockmarked streets do cause it to shimmy around a bit.

Potholes aren’t dealt with anywhere near as well by the HR-V; they send nasty jolts through the cabin. And while the CX-3 isn't as jarring, it fidgets around more on the motorway, which is equally annoying.

The CX-3 has the least powerful engine, but with less weight to haul around, the CX-3 is actually the nippiest. Mind you, the HR-V isn’t far behind, thanks to a gutsy engine that all but makes up for the car's extra heft.

Straight-line pace isn’t the Qashqai’s forte. Getting up to speed always takes considerably longer, particularly when you’re accelerating from low revs in the higher gears. Mind you, the Qashqai is easily the most refined; its engine is hushed and there’s little road or wind noise – even at 70mph.

The Mazda’s engine is almost as smooth, but there’s lots of road noise. Meanwhile, the HR-V is let down by its gruff engine, which makes itself heard no matter how gently you drive.