Both of these cars show that large SUVs don't have to be expensive to run. But which is best: the facelifted Jaguar F-Pace or Audi's Q5?...

There isn’t a whole lot of difference between the Audi Q5 and Jaguar F-Pace when it comes to passenger and boot space. Both are airy, and you’ll get two six-footers in the back seats even with a lanky driver and matching front seat passenger in situ.

There’s also plenty of head room in both cars, although tall passengers in the back of the F-Pace might find their hair brushing the headlining if you add the £1600 panoramic glass roof, which serves to lower the ceiling slightly. A panoramic roof isn’t available on the Q5 unless you go for range-topping Vorsprung trim, which gives you one as standard.

The Q5 does gain a practicality advantage if you add the optional Rear Bench Seat Plus, which costs £350. It brings rear seats that slide, recline and split in a 40/20/40 format for added versatility. It’s well worth adding, but if you do choose to leave this box unticked, the Q5 still gets those handy three-way split seatbacks. 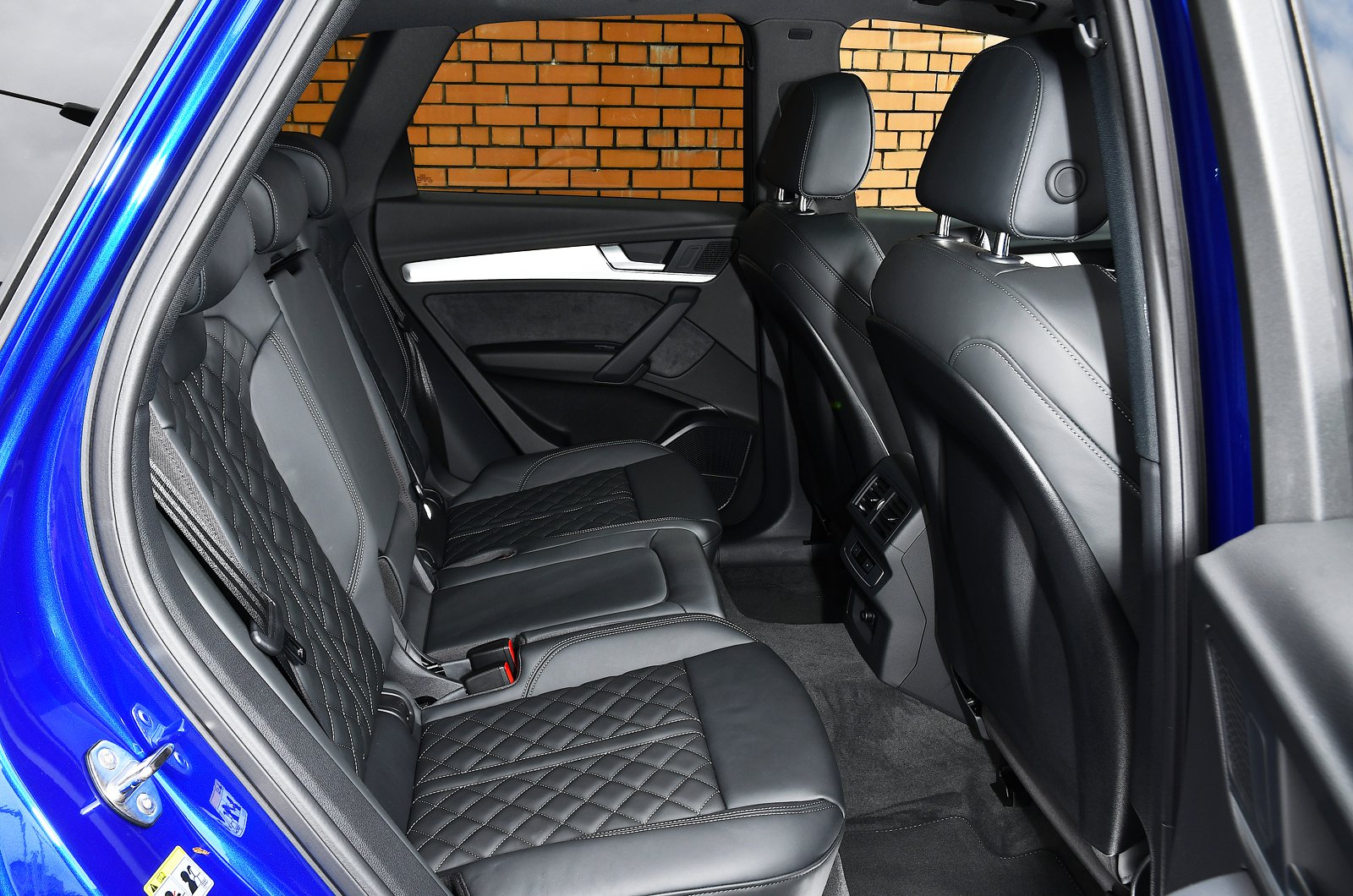 Meanwhile, the F-Pace’s rear seats don’t slide or recline, but the seatbacks split and fold down in the same three-piece configuration as the Q5’s, so there’s plenty of potential to take long items, such as skis, while still carrying a pair of rear passengers.

Anyone sitting in either car’s middle rear seat will find their raised cushion rather hard and will have to splay their feet to clear a hump in the floor. Still, either car will carry five adults easily enough. Neither offers a seven-seat option; for a premium SUV with that sort of carrying capacity, you need a Land Rover Discovery Sport or a Mercedes GLB.

Both of our protagonists have electric tailgates, good-sized loading apertures and boots that are more than big enough to take bulky items, such as a set of golf clubs or a double buggy. The F-Pace provides a useful underfloor cubby that’s big enough to stow a laptop bag, but the Q5 has the more practical boot overall; it can swallow nine carry-on suitcases, while the F-Pace manages eight below its load cover. 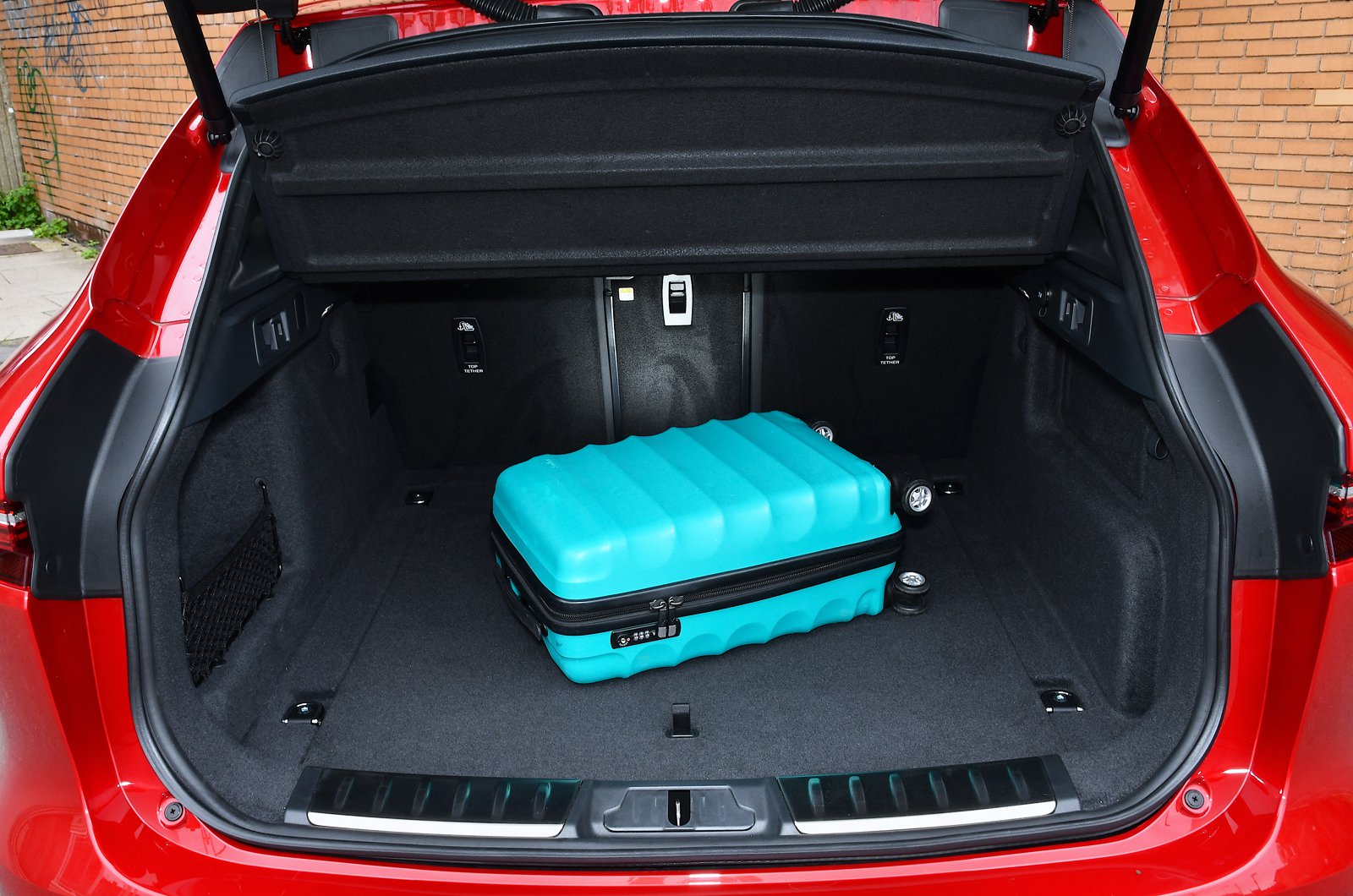 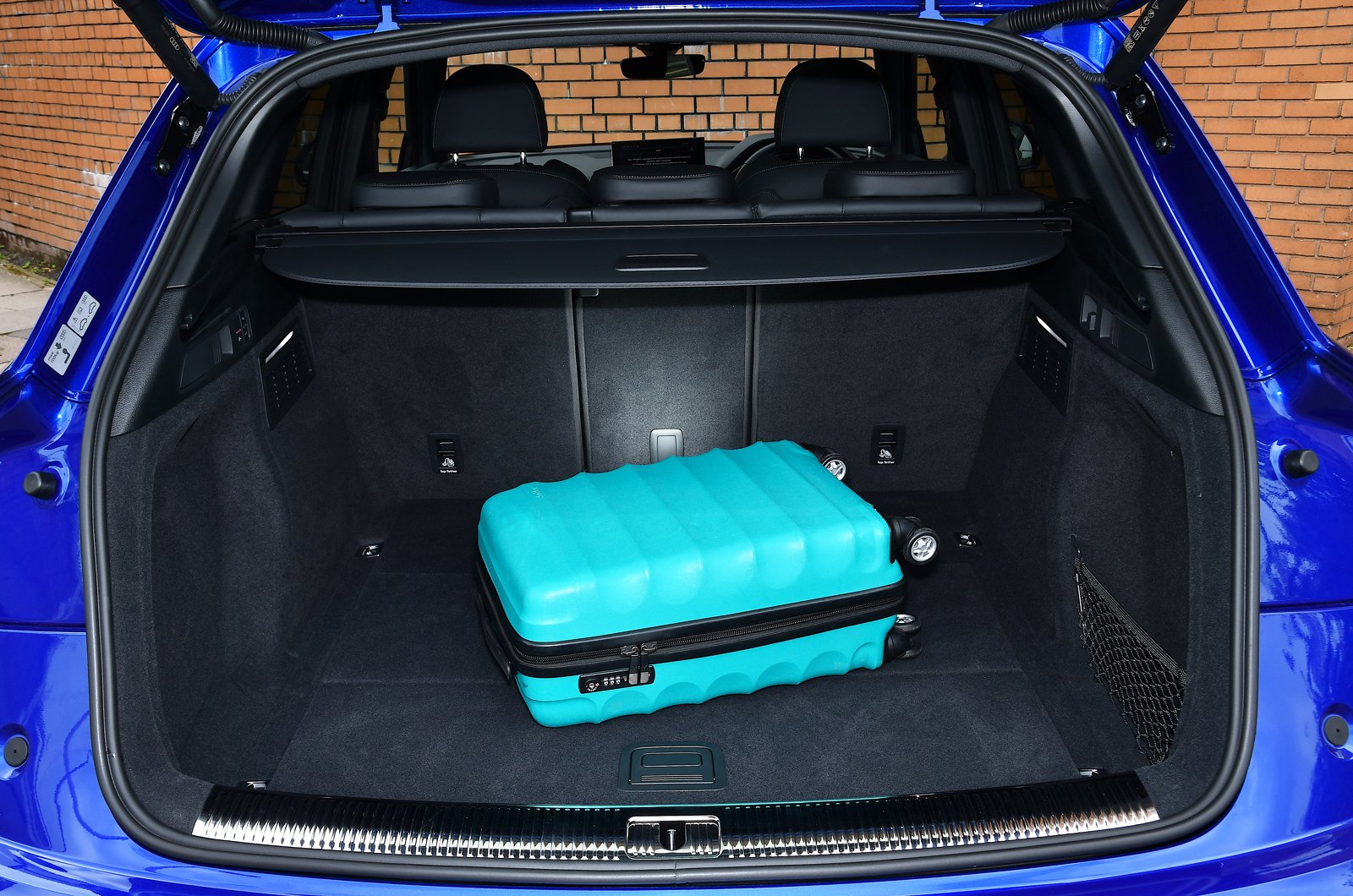