Both of these cars show that large SUVs don't have to be expensive to run. But which is best: the facelifted Jaguar F-Pace or Audi's Q5?...

It's the natural way of things; luxuries that were once considered an elite treat eventually trickle down into the mainstream. Just look at how many designer brands are now routinely discounted on any suburban high street.

Rather like posh handbags and perfume, the large, premium SUV is no longer an aristocratic preserve. With ever more efficient mild hybrid diesels on offer and tempting monthly deals and cash savings to be had, cars like the recently updated Jaguar F-Pace D200 seem to offer the best of everything; an upmarket image, sporty dynamics, decent practicality and reasonable running costs are all covered. 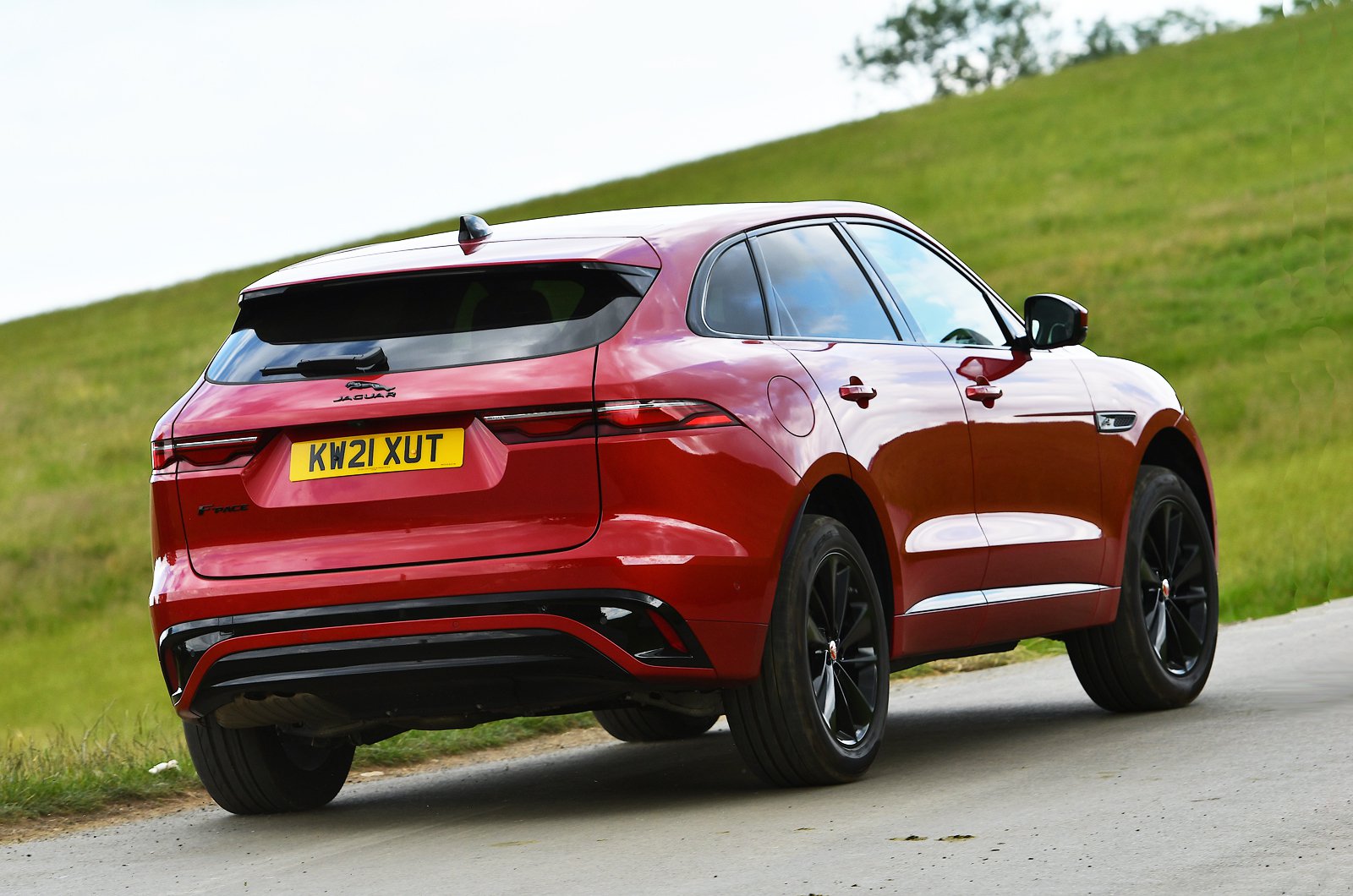 With that in mind, it’s not hard to see why these SUVs are so popular. And few are more so than the Audi Q5, which has long set the benchmark at the premium end of the large SUV class. Here we’re testing the diesel Q5 40 TDI, which has also been updated within the past year to include mild hybrid technology. Can the F-Pace, with its new, more efficient diesel engine and modernised interior and infotainment, usurp the Q5’s top-dog position?

Our two protagonists are so closely matched on paper that you’d be forgiven for assuming that they’d drive very similarly. After all, both have 201bhp from 2.0-litre diesel engines, with power going to all four wheels via a standard automatic gearbox. Their official 0-62mph sprint times (7.6sec for the Q5 and 8.0sec for the F-Pace) suggest there’s little to separate them in terms of performance, while caravanners will appreciate that both have a hearty 2400kg maximum towing capacity. 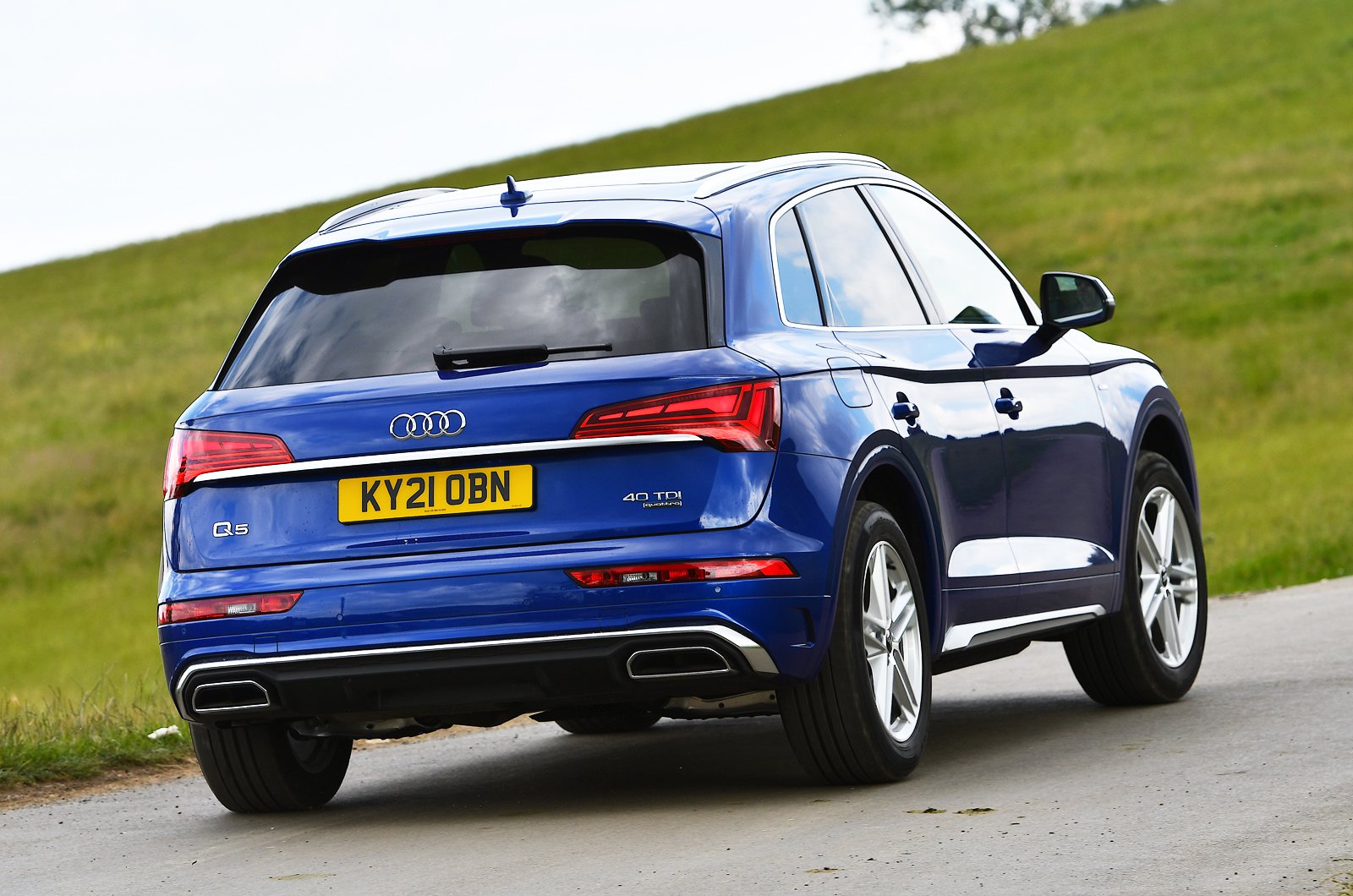 In fact, the two are even closer on acceleration than their official figures suggest. The Q5 took 8.0sec to get from 0-60mph at our test track, with the F-Pace just 0.1sec behind. More importantly they both feel gutsy, whether that’s off the line or when you ask for a squirt of acceleration to merge into fast-moving traffic.

In other regards, though, these SUVs are very different animals. Point the F-Pace down a winding road and its relatively light, accurate steering weights up progressively as cornering speed increases, so you get a good sense of how much effort the front tyres are putting in. Selecting the Dynamic drive mode adds more weight, but we reckon the steering feels more natural and enjoyable in default Normal mode, whether you’re winding through town or driving quickly along a country road. By contrast, while the Q5’s steering is precise, it never feels quite as natural, with weighting that’s a little inconsistent as you wind on lock. 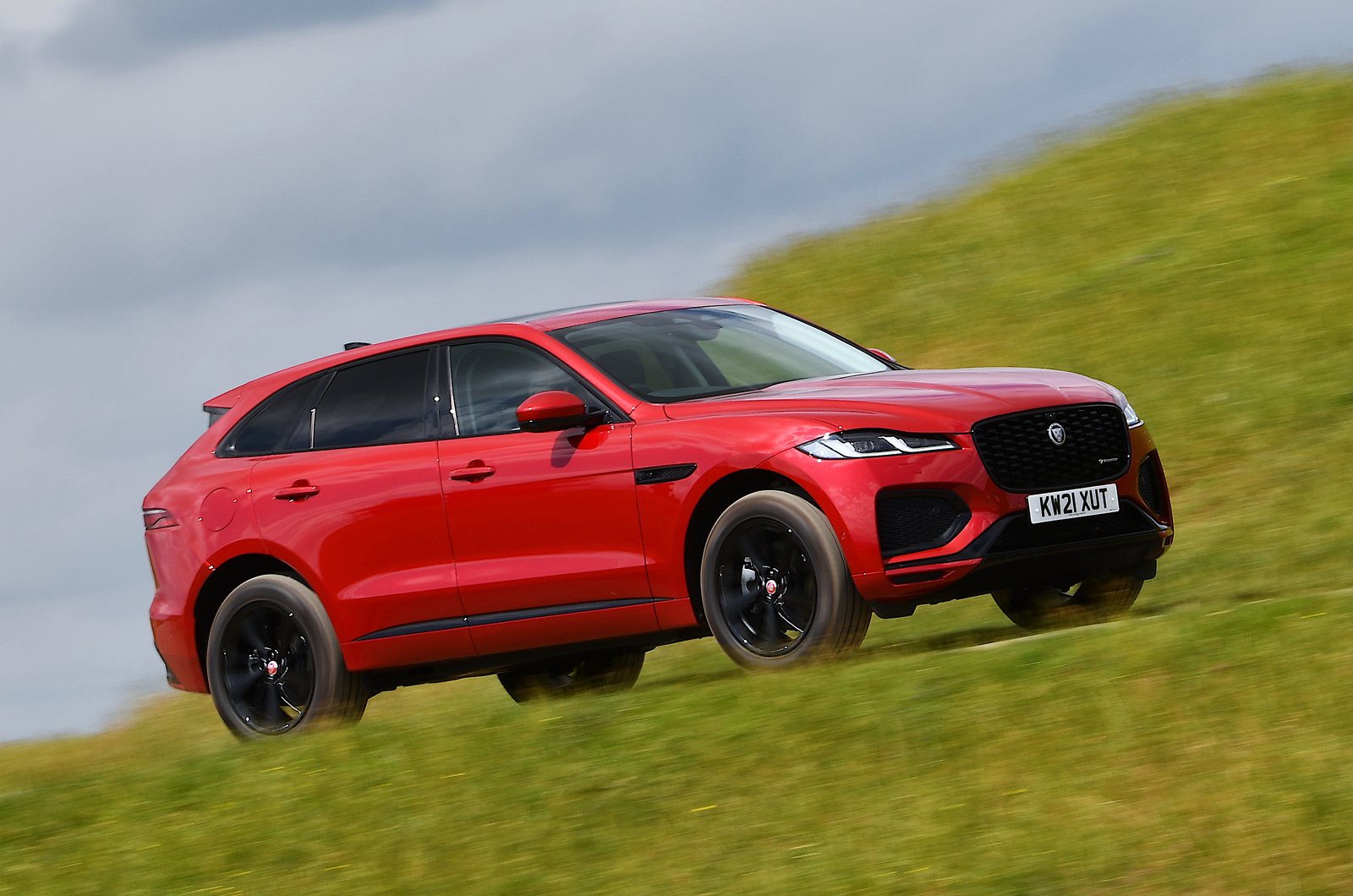 Drive spiritedly, though, and it’s the F-Pace that’ll run wide of your intended line earlier; the Q5 feels a touch more planted and composed. There’s also less body lean through corners in the Q5, although we should point out that the F-Pace’s body movements are always progressive and never dramatic.

However, you might not be as satisfied with the F-Pace’s eight-speed automatic gearbox, which can be slow to respond to kickdown requests before delivering a hefty thump when it does shift into a lower gear. The Q5’s seven-speed dual-clutch automatic ’box executes downshifts faster and more smoothly, and is generally more agreeable in everyday driving. 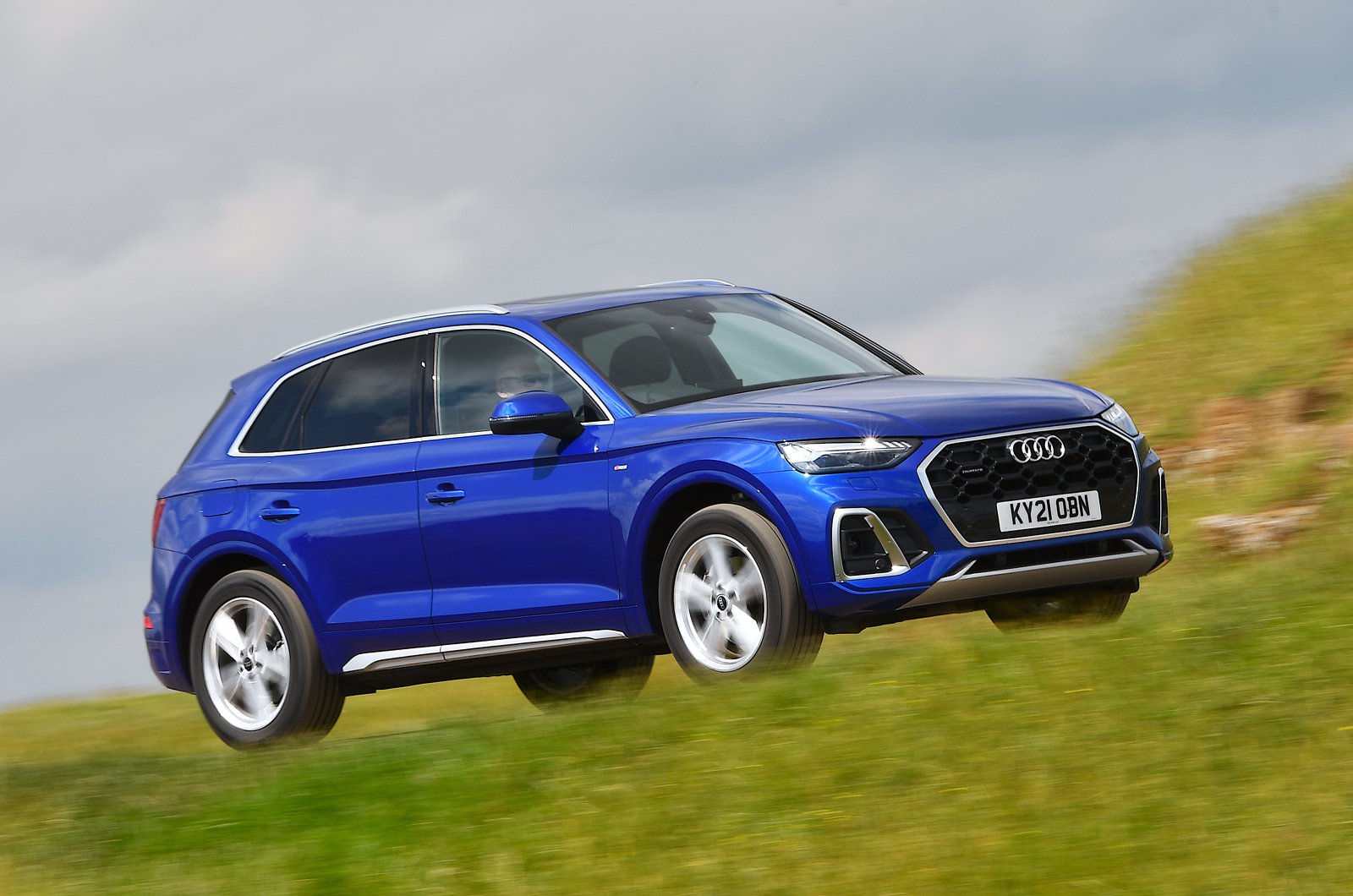 The Q5’s engine is notably hushed, too; you won’t find a diesel SUV in this price range that produces less noise and vibration. That isn’t to say that the F-Pace is uncouth; its new engine settles to a quiet thrum at a steady speed and only gets harsh if you rev it harder than is strictly necessary. A touch more tyre and wind noise creeps into the F-Pace’s interior at motorway speeds, though, so overall, the Q5 is a noticeably more refined car.

The Q5 is also more comfortable. While the F-Pace keeps most bumps and potholes from bothering its occupants, there’s a bit of fidgeting, particularly around town. Despite S line cars having slightly firmer suspension than some other versions, the Q5 still manages to deliver a more settled ride than the F-Pace.