This Jaguar is long in the tooth, but the fabulous engine is as raucous as ever.

Lashings of style and an old-school V8 give this new coupé genuine sports car appeal.

Hipsters. You know the sort. They strut proudly around Shoreditch with immaculately unkempt facial hair, tattoos erupting out from their necklines, trouser hems dangling recklessly above their ankles, hanging out in cafes that sell bowls of cereal for £6. Hipsters shun the mainstream; they adore unknown niches, and they’ll pay a premium for it.

Well, Lexus might just have the ideal car for them. The new LC 500 is an upmarket Japanese coupé that breaks away from conventional wisdom. With head-turning looks and an old-school 471bhp naturally aspirated 5.0-litre V8 rather than the downsized turbocharged engine you might expect, it’s a left-fi eld choice that should appeal to automotively inclined trend-setters.

Tested in top-spec Sport+ Pack form, the LC is up against the rabidly fast and apocalyptically loud Jaguar F-Type R Coupé, which comes with a 542bhp supercharged 5.0-litre V8 engine and four-wheel drive. 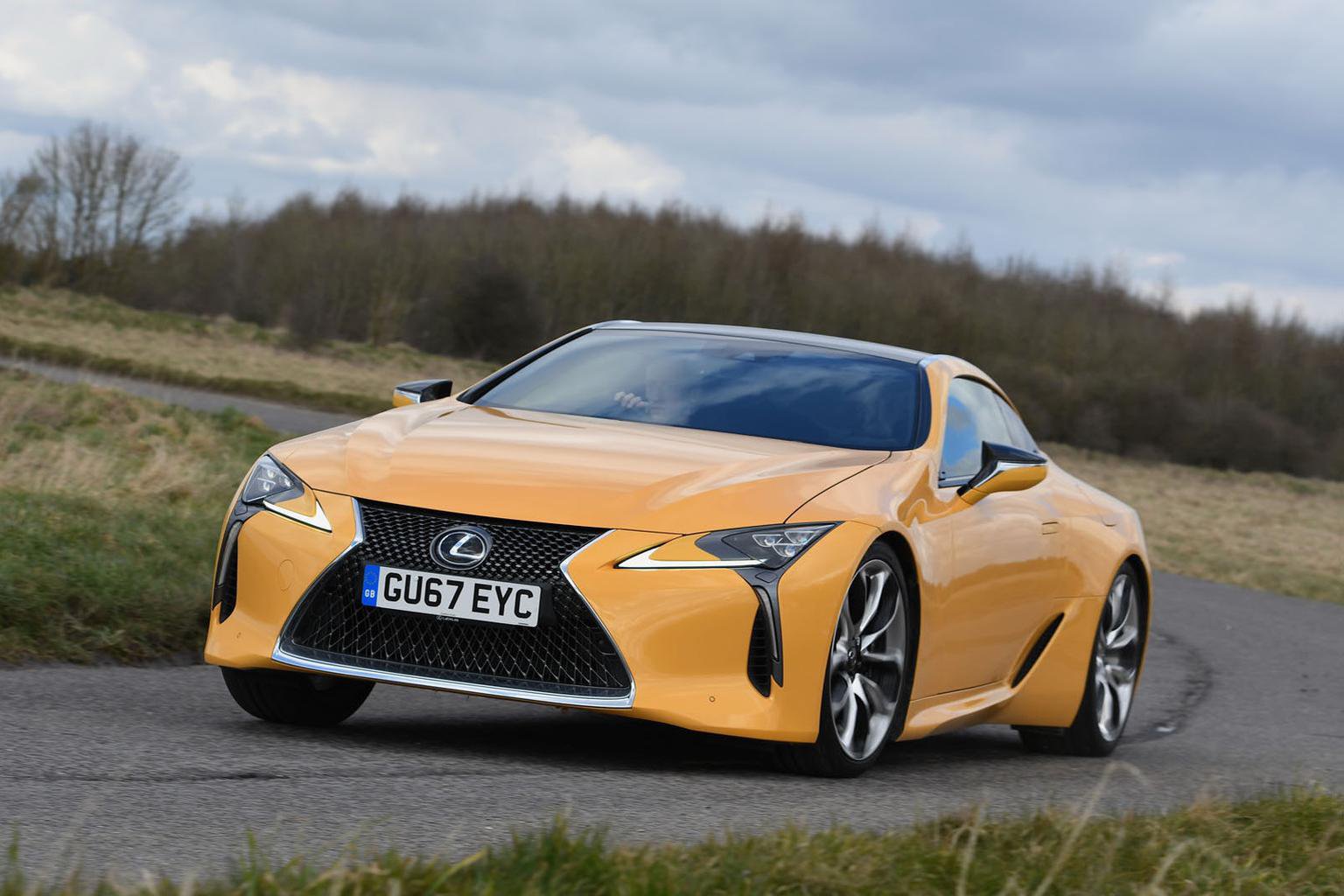 Coupés, especially at this end of the market, must be thrilling to drive as well as comfortable.

The F-Type wins the first battle. The performance on offer from its V8 is utterly ferocious and, away from the line, its four-wheel drive system means it leaves the less powerful rear-wheel-drive LC in the dust, scrabbling for traction. On a damp test track, the F-Type is almost one and a half seconds quicker from 0-60mph.

Press the sports exhaust button in the F-Type and all that performance is accompanied by a brutal soundtrack that’s about as subtle as a rugby player taking his top off in the middle of a nightclub dance floor after 12 pints of ale.

The noise from the LC is altogether more understated but still something to savour. It sounds best in hardcore Sport Plus mode during the chase to the 7250rpm redline from 4000rpm – which is also where the engine needs to be to deliver its best performance. Once it’s in its stride, the LC is a very quick car – just not quite in the same league as the F-Type, which doesn’t need as many revs on the dial before it really starts to fling you at the horizon.

Both automatic gearboxes do a good job of shifting smoothly through the gears, although the F-Type’s eight-speed unit is just a bit quicker than the Lexus’s 10-speeder when you take control using the paddles behind the steering wheel. 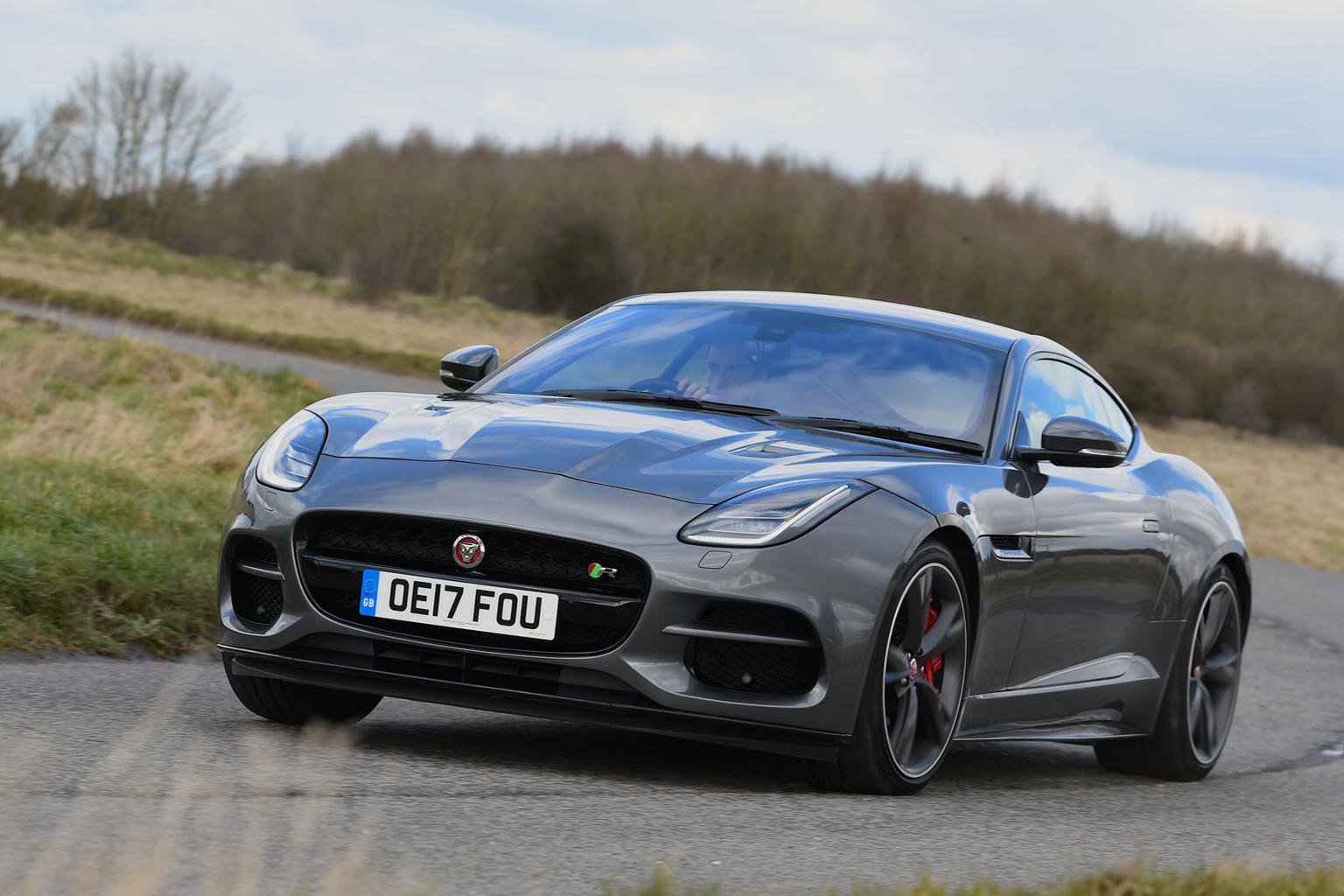 The F-Type can carry a lot more speed through corners than the LC, too, generating more grip as it flings you out the other side. A quick steering rack means you don’t even need to apply much lock and there’s plenty of feedback filtering up to your fingertips.

In the LC, corners are more of an inconvenience. The steering is nowhere near as sharp as the F-Type’s; despite having standard four-wheel steering, which turns the rear wheels as well as the front ones with the aim of making the car more agile in corners, the first five degrees or so are a bit lifeless. The LC is still good fun to drive, but it doesn’t make you want to tackle corners with as much gusto. It’s a bigger, heavier car, so it doesn’t change direction quite as eagerly. The LC’s brake pedal doesn’t give you as much confidence as the F-Type’s, either, although it actually pulls up from 70mph in a shorter distance.

But as we’ve said, coupés need to be comfortable as well as fun. On the motorway, you’ll feel much more relaxed in the LC, thanks to its softer, more cosseting ride and much quieter interior. The F-Type isn’t uncomfortable, but it’s always slightly firmer and suffers from much more wind, road and engine noise.