Fast, luxurious and practical, the Porsche Panamera is a sumptuous way to go grand touring. But it faces stiff competition from the new Mercedes-AMG GT 4dr...

Anyone climbing into the GT 4dr and expecting to be cocooned in a low-slung driving position like that of its two-door sibling is bound for disappointment. In the GT 4dr, you sit perched, as you do in an E-Class. By comparison, the Panamera is like being installed in a bobsled, so if you’re after a sporting feel, it’s the one to choose.

The Panamera is better in other ways, too. Both have supportively bolstered, multi-adjustable electric driver’s seats, but the Panamera’s lines up perfectly with its pedals and steering wheel. In contrast, the GT’s steering wheel sits to the left of the seat’s centre line, while the pedal are over to the right. 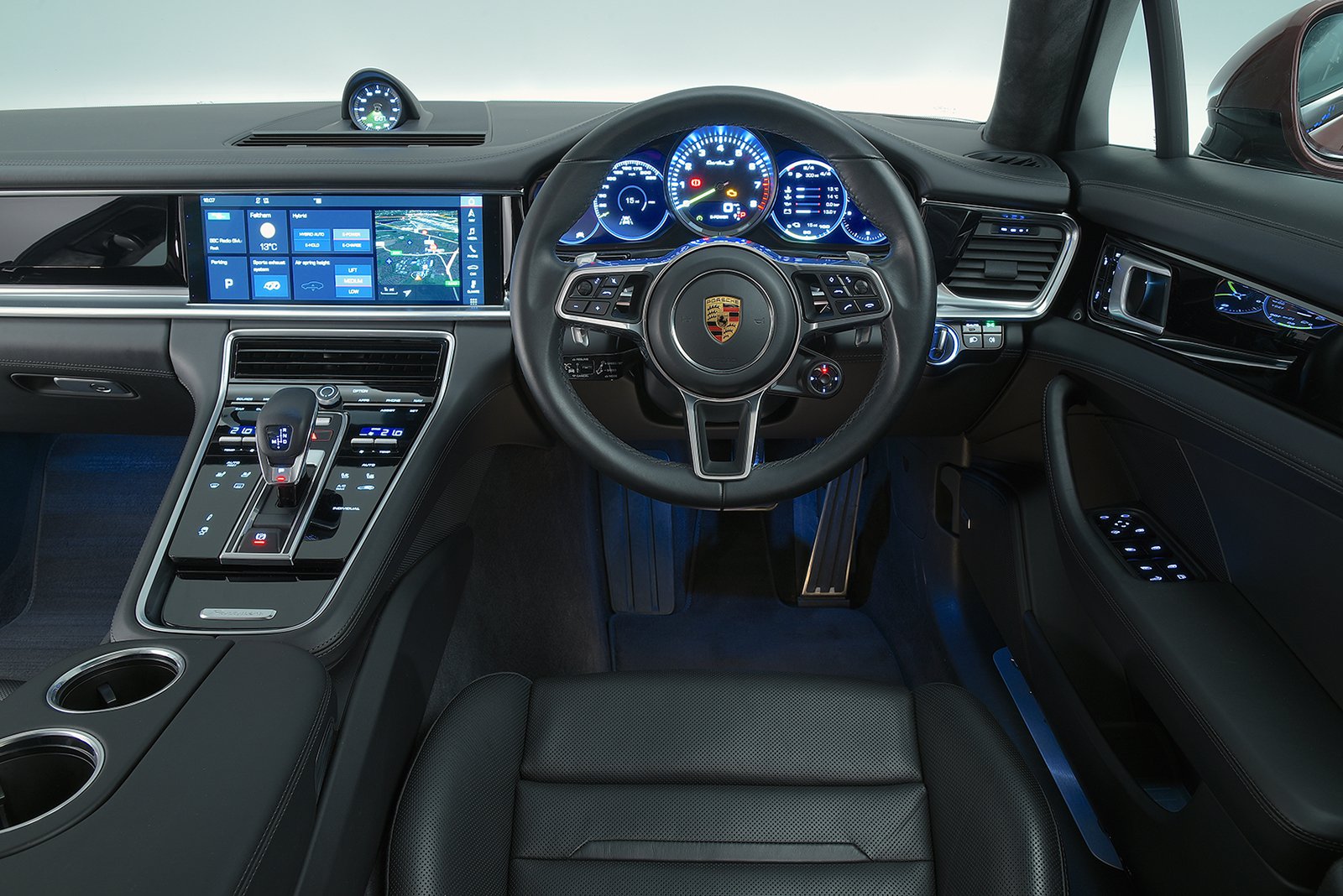 The GT is good in other respects, though. You can configure its digital instrument panel in multiple ways, and there are physical buttons to operate its array of on-board functions. The Panamera gets a large analogue rev counter, flanked by useful digital displays, but instead of having physical buttons, its centre console is awash with touch-sensitive controls that are a palaver to use on the move.

Which has the nicer interior? The GT’s swoops and curves look more dramatic compared with the Panamera’s litany of straight edges and right angles. Yet start pressing and poking the GT and there are some underwhelming aspects; for example, the silver-painted plastic – poorly mimicking metal – that adorns the centre console is as out of place at this price point as Bernard Manning at a Women’s Institute fundraiser. The Panamera feels more robustly and lushly trimmed overall.