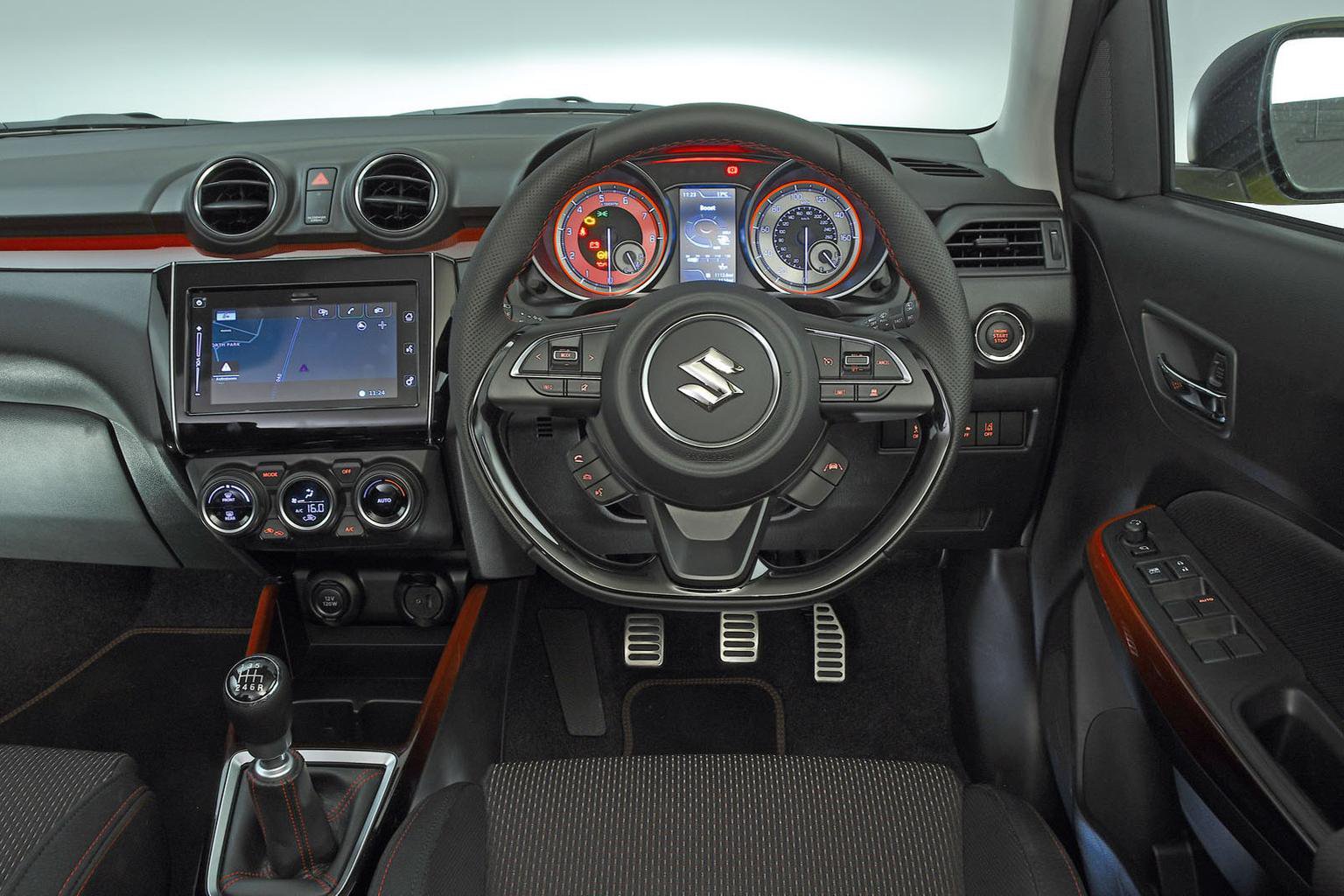 ​ Although a relatively lofty driving position isn’t necessarily a bad thing, it feels slightly incongruous in a car with sporting pretensions such as the Swift. Mind you, the Swift offers more adjustment to help you get comfortable. Its steering wheel moves in and out as well as up and down, for example, whereas the Up’s adjusts for height only. If you’ve been spending too much time in your local burger joint and not enough at the gym, you’ll probably find that the Swift’s seat is rather narrow and the bolsters squeeze you too tightly around the middle. The base of the seat is rather squidgy, too.

The Up’s seats are broader and more comfortable, with better under-thigh support. The side bolsters aren’t especially chunky, but because the Up leans less in corners, you don’t rely on them as much as you do in the Swift. 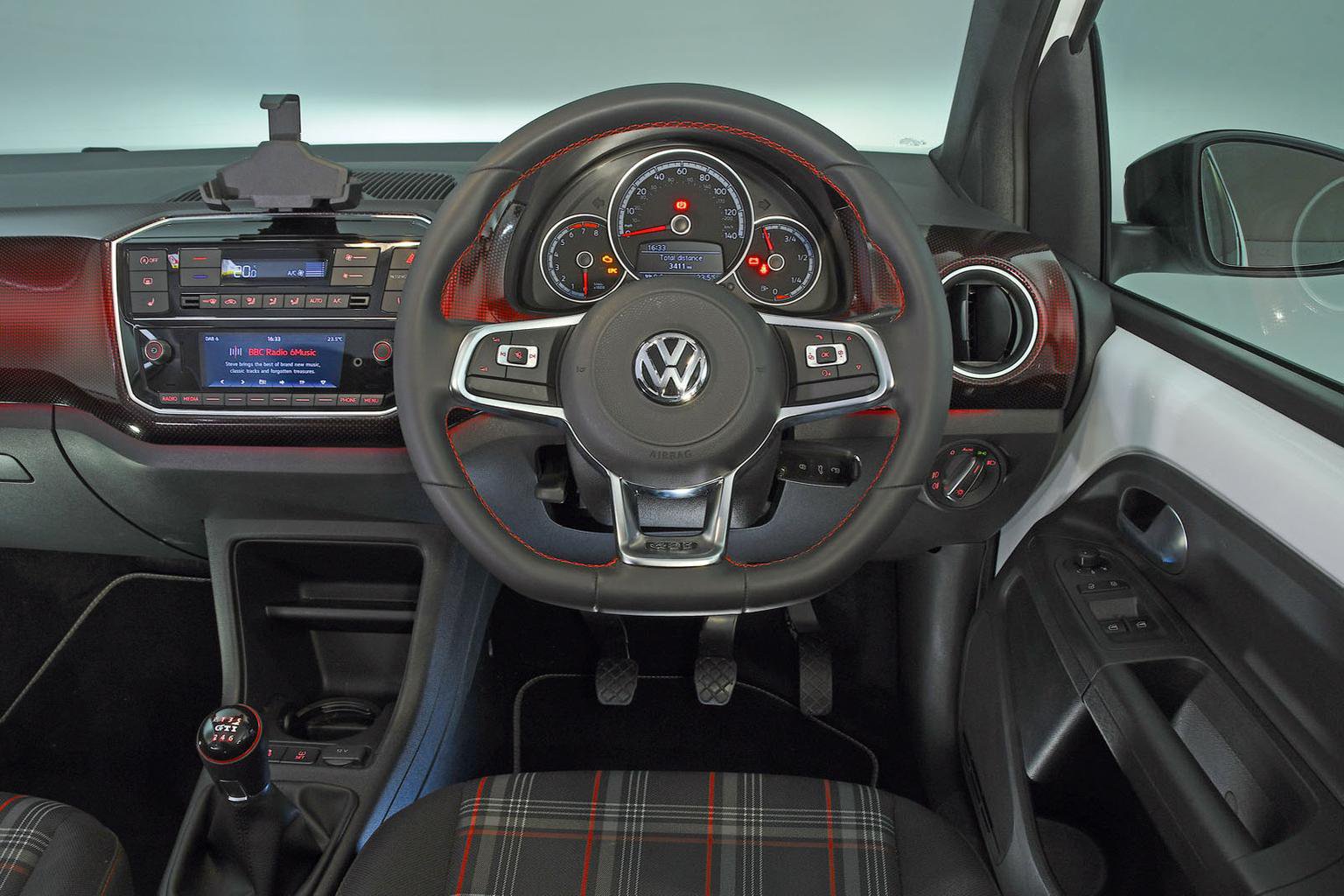 Interior quality has never been a Suzuki strong point, but at least the Swift’s hard-feeling door panels and dashboard are countered by a smart leather-bound steering wheel, a sporty-looking red-ringed rev counter and alloy pedals. It’s cheap and cheerful rather than cheap and nasty – and there’s a difference.

The Up is definitely classier inside, though, exuding retro chic with its tartan-trimmed seats and red-stitched, leather-trimmed steering wheel. The plastics on the dashboard are all hard, but they look and feel that bit classier and sturdier than those in the Swift.