Elon Musk’s Tesla has given us two hugely desirable electric cars in the Model 3 saloon and new Model Y SUV. Let’s see how they differ and which one you should choose...

Essentially a Model 3 for more family-minded buyers, the Model Y isn’t much more expensive in like-for-like spec – so is it the better buy?

The Model 3 has been one of our favourite electric cars for years. It’s good to drive, has a fantastic range and gives you access to Tesla’s brilliant Supercharger network

Back in March, the cars you’re staring at were number one and two in the sales charts. No, not the electric car charts; these two Teslas were the best-selling cars in the UK. Full stop. 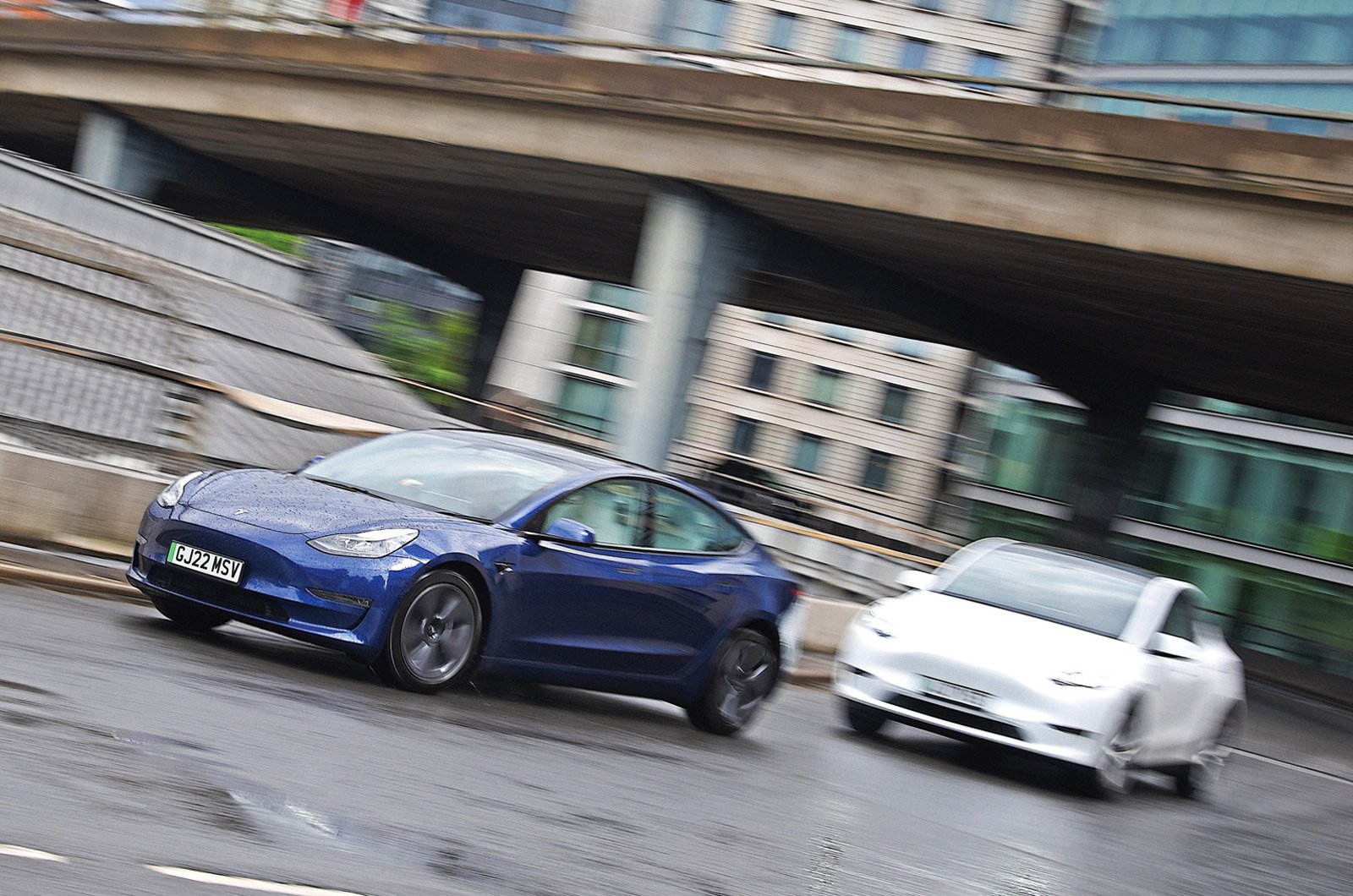 Okay, things were skewed slightly by pent-up demand, and the fact that Tesla tends to send big shipments to the UK, as opposed to the steadier streams of cars that flow from factories in Europe. But still, it’s a sign of the times that two fairly expensive electric vehicles (EVs) from a brand that many people hadn’t heard of a decade ago are finding so many buyers.

And these particular Teslas are actually very closely related. The Tesla Model 3 arrived in the UK in 2019 after a couple of years on sale in the US, yet it still offers a longer range than almost any other EV you can buy. The only problem is that it’s a saloon – a body style that, in this country at least, is about as fashionable as monkeypox.

That’s where the new Tesla Model Y comes in. It is, in effect, a Model 3 that’s been pumped full of growth hormone to turn it into an electric SUV, with a higher driving position and more space inside. It also has a hatchback boot to make it even more family-friendly. So, on the face of it, the £500 premium over the equivalent Model 3 seems incredibly reasonable. 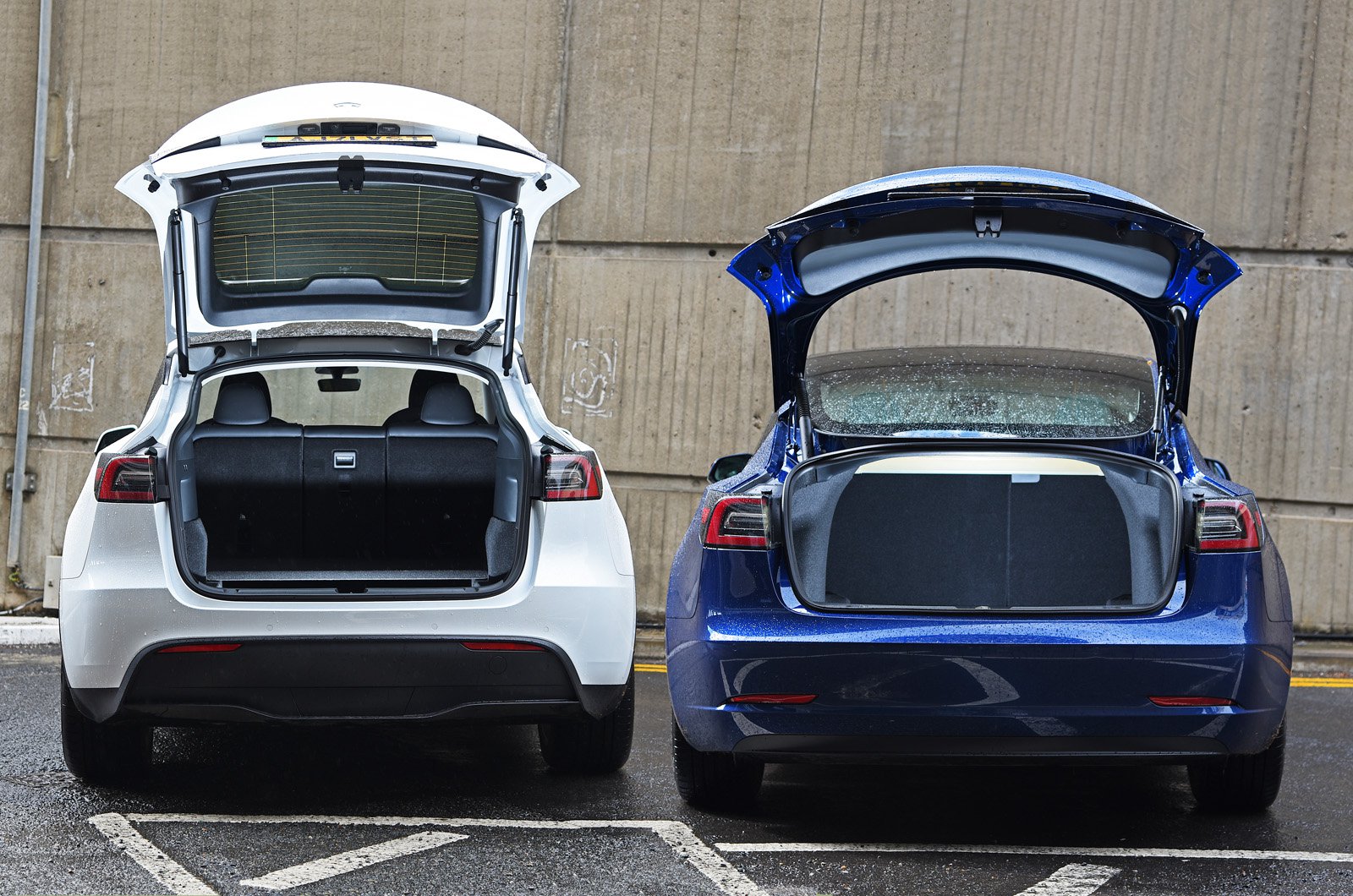 To find out if the Model 3 is now effectively redundant, we decided to put both cars through the full gamut of What Car? tests.

If you know anything about Tesla, you probably know that its cars have a reputation for being fast – ludicrously fast. We’re testing the Long Range rather than flagship Performance versions, but each still packs 434bhp and transfers that power to the road via all four wheels.

The lighter and lower-slung Model 3 is, unsurprisingly, the quicker car, sprinting from 0-60mph in just 4.4sec in our test, although the Model Y will still leave any Volkswagen ID.4 for dead. It can hit 60mph in 5.0sec and gives your neck muscles a real workout every time you stomp on the accelerator pedal. Both cars are equally effortless to drive at lower speeds; it’s easy to pull away smoothly and the brakes are far more predictable and confidence-inspiring than in many EVs. 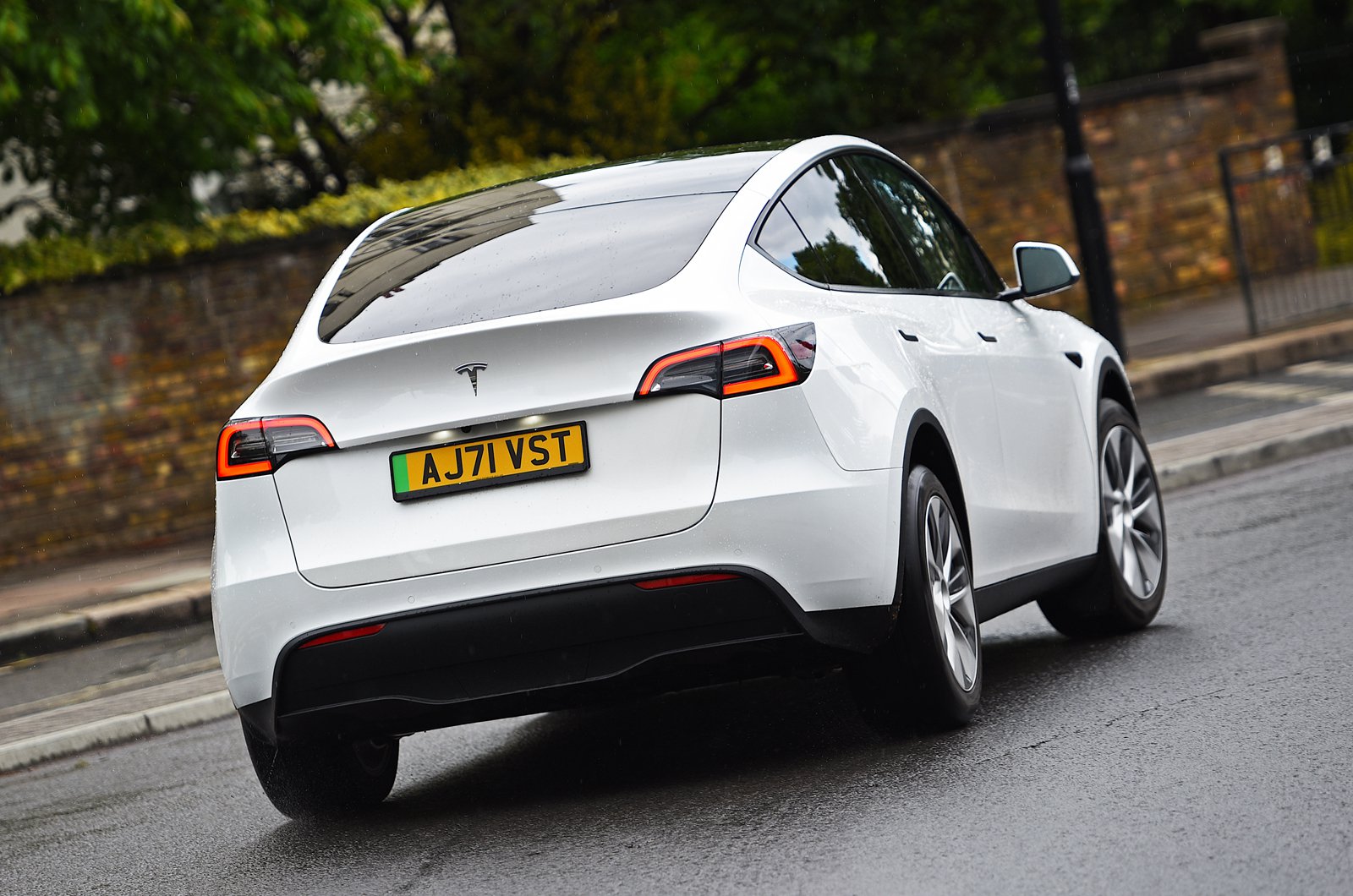 But while there are plenty of similarities, there are also some surprisingly big differences. The Model 3 has fairly firm suspension, so it isn’t as calm and easy-going as some EVs, including the Audi Q4 e-tron – but at least the ride never becomes overly fractious

The Model Y, however, crosses the line into what we’d describe as uncomfortable. You’re jostled around in your seat continually, and any potholes you don’t manage to avoid will really make you wince. The Model Y’s larger wheels (19in versus 18in) probably don’t help matters, but it feels as though less time and effort has gone into tuning the suspension.

And while the Model 3 isn’t as engaging to drive as a BMW 3 Series, it’s still jolly good fun. There’s enough grip to make you feel giddy, and the quick steering dovetails well with the car’s sharp responses to give you lots of confidence. The Model Y has the same steering, but because it’s taller, it doesn’t react quite as quickly to inputs. This can make the car feel nervous and disjointed. Yes, lots of grip means you can ultimately carry more speed along a twisty road than in a Q4 or Kia EV6, but when the process isn’t enjoyable, you have to ask yourself: what’s the point? 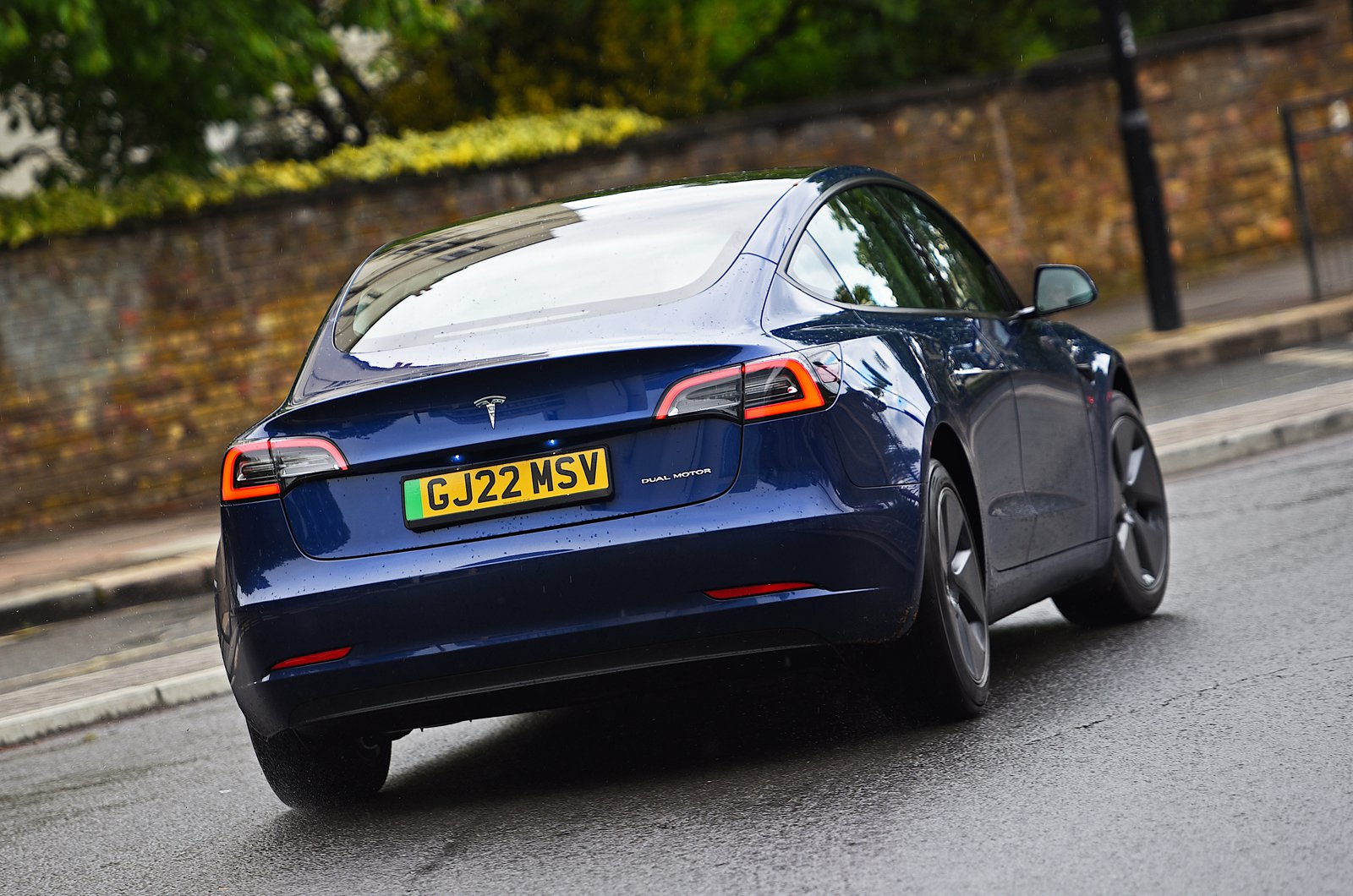 If you’re looking for an EV that does an outstanding job of isolating you from the outside world, neither of these cars should be on your shortlist. We’d recommend checking out the aforementioned Q4 or EV6. The Model 3 is the quieter car here, though, with slightly less tyre noise. The Model Y is a bit of an echo chamber; with no parcel shelf to provide sound deadening, booms from the suspension reverberate around the interior.

The Model Y’s extra weight and the fact that it doesn’t slip through the air as efficiently as its saloon sibling have an inevitable impact on range. In our tests, conducted in 16-18deg C temperatures and dry but cloudy conditions, it averaged 3.4 miles/kWh. This works out to a theoretical maximum range of 258 miles. In the same conditions, the Model 3 should be able to manage 276 miles, courtesy of its efficiency of 3.7 miles/kWh.