* All the news from Tokyo * Crazy concepts and car launches * Eco theme for the show... 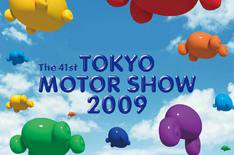 Toyota plugs in to all-eletric iQ
Toyota is rumoured to be planning an all-electric version of its tiny iQ city runabout in 2011 or 2012. The FT-EV 2 concept at the Tokyo show is based on an iQ chassis, but is even shorter because the electric-only powertrain takes up less space then a petrol or diesel engine and gearbox. It has a 55-mile range and a 62mph top speed, and can be fully charged in two-and-a-half hours. 'Plug-in hybrids will have the biggest role in our line-up, but for short journeys there is potential in an electric car,' said a Toyota spokesman.

Say Hello to Honda
Honda has coined a new name for the work it is doing to popularise electric vehicles and generators HELLO. It stands for Honda Electric Mobility Loop, and includes cars, motorcycles, scooters and even a unicycle. A special display at the Tokyo show includes a small four-seater battery electric car called EV-N, inspired by the 360cc N360 micro-car Honda built in the 1960s. Although there are no plans to put the retro-chic car into production, Honda may be forced to think again judging by the overwhelmingly positive reaction to it. Insiders expect some form of urban electric car to appear.