Range test: How far can electric cars go in the real world?

We’ve named our 2021 Electric Car Awards winners. But now it’s time to find out how close they can get to matching their official ranges...

The line from the car industry is that the latest official range tests (called WLTP) are reflective of real-world driving, so you can rely on them when choosing an electric car to suit your needs. But is that really true?

To find out, we lined up all six of the fully electric winners from the new-car side of our 2021 Electric Car Awards, plus four wildcards – the Audi Q4 e-tron, Ford Mustang Mach-E, Mazda MX-30 and Renault Zoe – and drove them until they died.

How we did it

For fairly obvious reasons, it wouldn’t have been safe to deliberately run the cars out of charge on the public road, so we used our proving ground in Bedfordshire.

We devised a relatively simple test route of around 15 miles, which included 2.6 miles of simulated stop-start urban driving, four miles at a steady 50mph and eight miles at a constant 70mph. The rationale for the high percentage of motorway driving was that drivers who want to travel a long distance in one hit are likely to be using the motorway network. 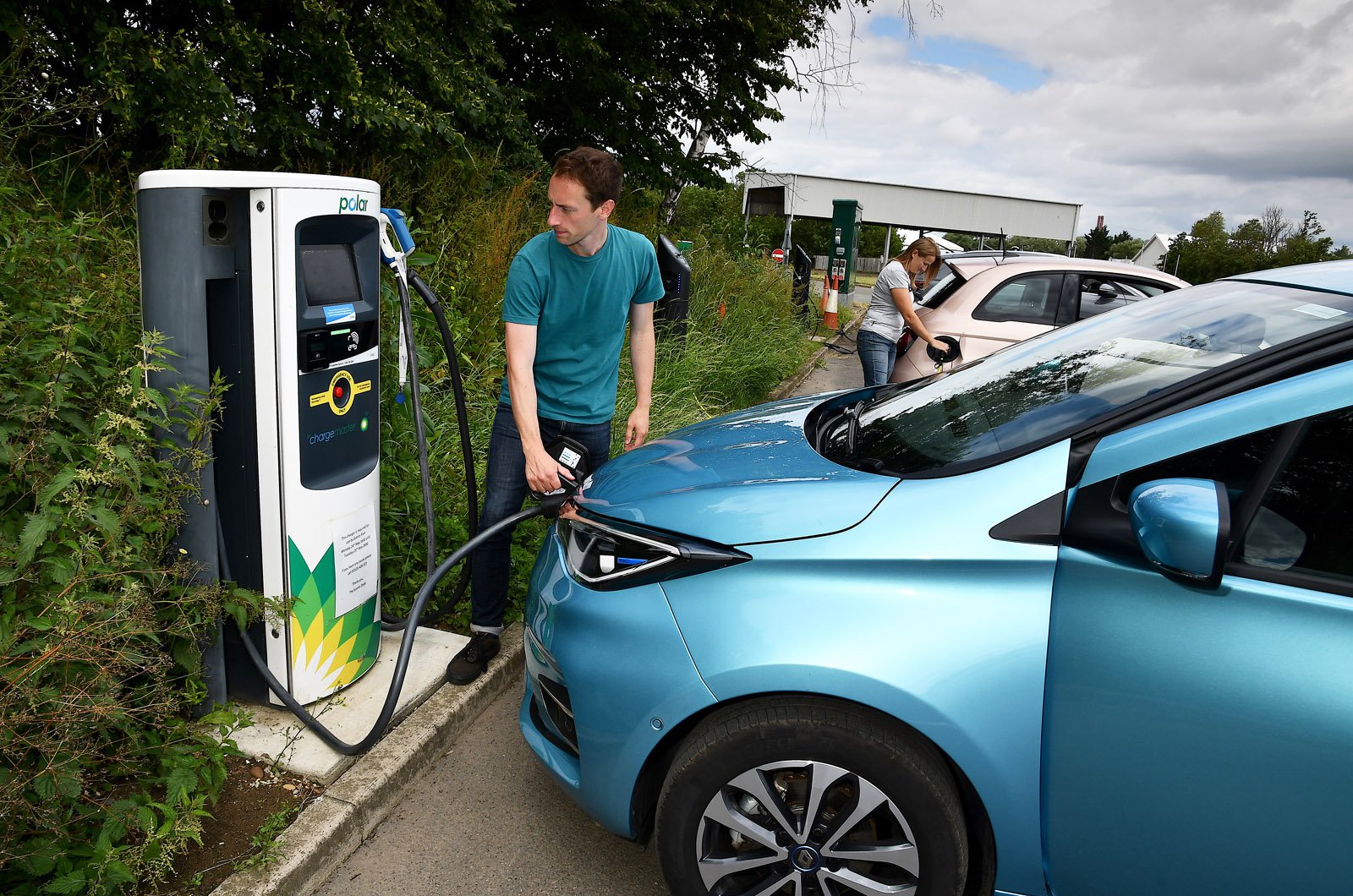 The cars were fully charged and then left out in the open overnight – for roughly 15 hours in 13-18deg C ambient conditions. The following morning, all 10 were plugged in again to check they were fully charged before the climate control was set to 21deg and the headlights switched to auto.

Normal (or the closest equivalent) driving mode was selected (no Eco modes were allowed) and the cars were left in their default regenerative braking setting – with the exception of the Porsche Taycan, in which the default setting is off. Auto was chosen instead.

The cars were then driven repeatedly around our test route in convoy, with driver changes and a switch in running order at the end of each lap.

It was a relatively mild day with a mixture of sun and cloud and an air temperature of between 17deg C and 24deg. It was relatively still and there was no rain at all. In other words, it was near-ideal conditions for these electric cars. 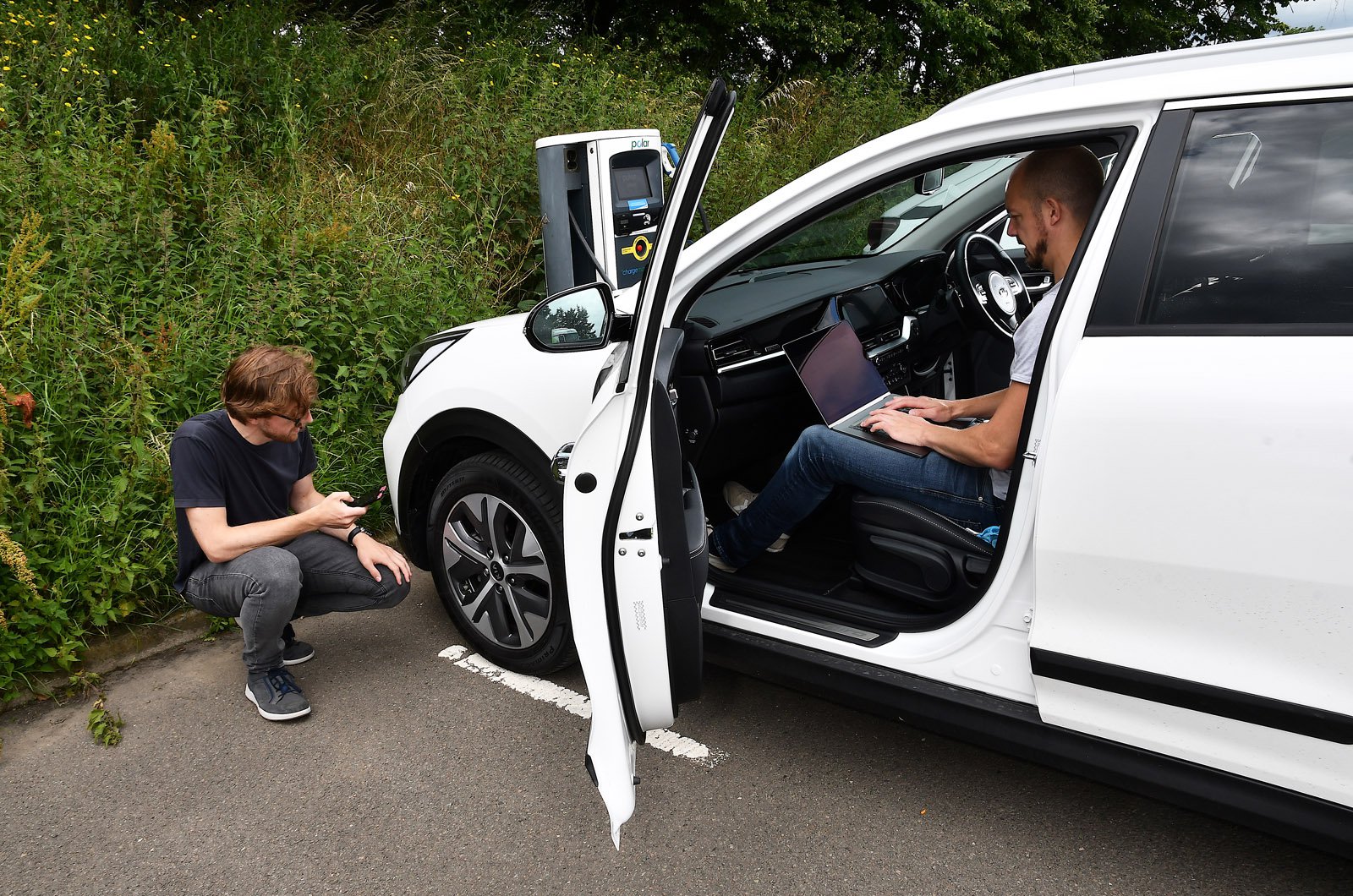 Unsurprisingly, the car with the smallest battery, the MX-30, was first to bow out at just 115 miles. On the plus side, that mileage was only 7% adrift of the car’s official range, although efficiency (in terms of miles per kWh) was respectable rather than spectacular.

Next to fall was the Fiat 500, notching up 140 miles. That result is particularly disappointing when you consider that officially it can cover 199 miles. Indeed, it’s a shortfall of almost 30% – the greatest of any car in the test by a sizeable margin.

Every other contender managed at least 200 miles, with the Zoe (which differed from our used winner in that it was the latest 52kWh battery model) beating the similar-priced Skoda Enyaq by a single digit. The Zoe proved far more efficient, too, although that’s hardly surprising, given that it’s a much smaller, lighter car.

It’s also worth noting that the Enyaq is available with a larger battery; the Enyaq 80 is closely related to the Q4 e-tron 40 and is likely to have a similar real-world range to that car. 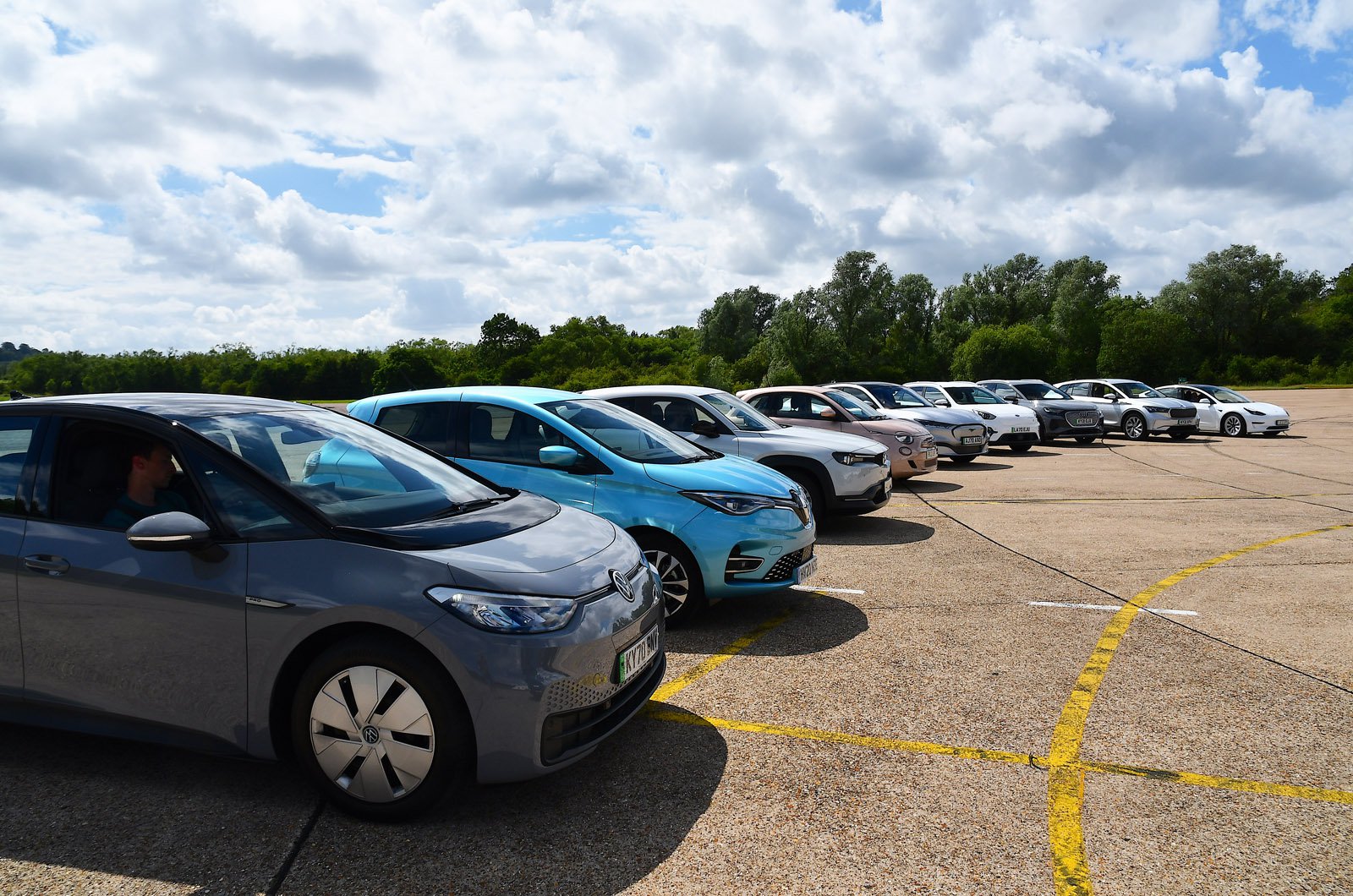 If you consider range versus price, the Volkswagen ID.3 looks very appealing indeed. The version we tested (our favourite) costs around £35k, and yet it kept going for 226 miles.

Meanwhile, excellent efficiency of 4.0 miles per kWh saw the Kia e-Niro almost match the range of the new Q4 e-tron, although the latter’s much larger battery ultimately won the day.

Perhaps the most surprising result of all was the Taycan’s test range of 281 miles – only nine miles (or 3%) short of its official range. It was (by a fraction) the least efficient of the bunch, averaging just under 3.4 miles per kWh – but then it is an incredibly capable performance car with fat, sticky tyres and acceleration that can embarrass even the Tesla Model 3.

But the Model 3 edged the Taycan for range, managing 284 miles before conking out, thanks to the best efficiency (4.1 miles per kWh) of the entire bunch. It also had by far the biggest emergency buffer, continuing to drive normally for many miles after its trip computer was reading empty. 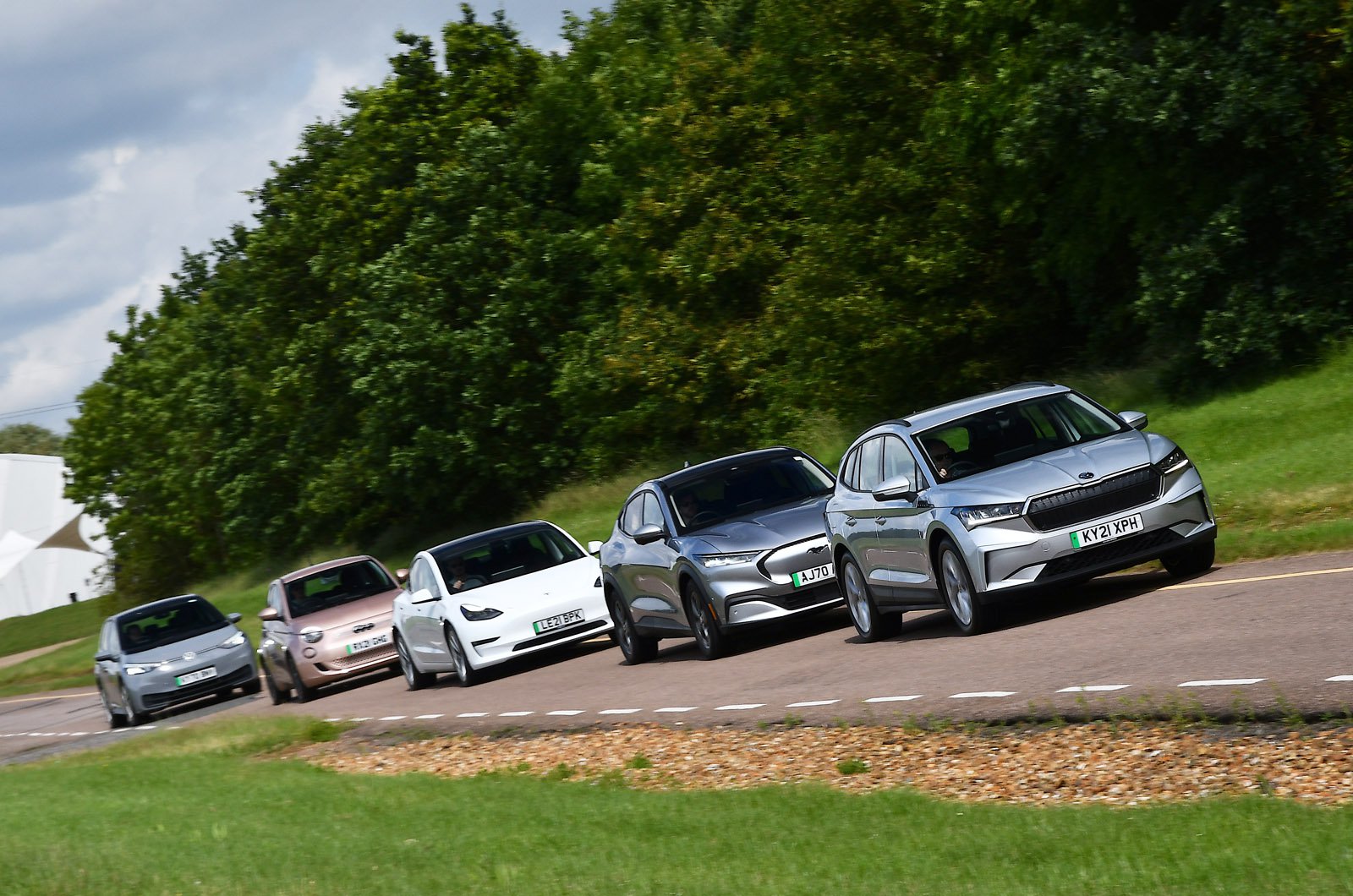 Ultimately, though, the car with the biggest battery won the day. The Ford Mustang Mach-E may not be particularly efficient in the way it uses its energy, but it has so much of it, it broke the 300-mile barrier before grinding to a halt at 302 miles. That’s impressive, particularly when you consider its sub-£50k price tag.

On the other hand, the Mach-E fell 20% short of its official range of 379 miles – and don’t forget, our tests were carried out in close to ideal conditions. On a cold, rainy day in January, the potential range of any of these cars would be much lower.

So, the answer to the question we posed at the start? The official figures shouldn’t automatically be relied upon when choosing your first (or next) electric car.

*Based on usable battery size  **With test car's non-standard wheels, which affect range

How to spec an Audi Q4 e-tron