Scottish drink-drive limit to be cut 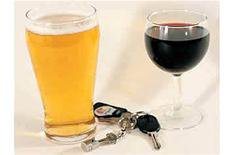 The drink-drive limit in Scotland is to be cut by nearly 40%, according to plans announced by the Scottish Government.

Justice secretary Kenny MacAskill revealed that the devolved Government would reduce the limit from 80mg of alcohol per 100ml of blood to just 50mg. He also said that the lower limit would come into force as soon as possible.

MacAskill said: 'The Scottish Government has long called for a reduction in the drink-driving limit to 50mg.

'We strongly believe that reducing the drink-driving limit will save lives, and evidence from across Europe shows that alcohol-related road deaths drop dramatically where the limit has been reduced.'

The move has also been welcomed by road safety charity, Brake, but Sarah Fatica, its general manager, said that zero-tolerance or a cut to 20mg of alcohol per 100ml of blood would have been preferable.

Fatica also urged the British Government in Westminster to review current levels. She said: 'What we really need to see is a strong message from our Governments in Scotland and Westminster to say that not a drop is acceptable if you are behind the wheel. This is because evidence clearly shows that even very small amounts of alcohol impair driving.

'Far too many lives are lost on UK roads annually because of drink-drivers. If we had a zero-tolerance approach to drink-driving, lives would be saved.'

However, the UK Government said in 2011 that it would not be cutting the drink-drive limit.

England's 80mg/100mg limit is one of the highest in Europe, with only Cyprus (South) permitting a higher level of 90mg/100ml.

The Republic of Ireland changed its rules last year, with the limit cut from 80mg per 100ml to 20mg per 100ml for learner drivers, newly qualified drivers and commercial drivers. The limit for all other motorists fell from 80mg/100ml to 50mg/100ml.