The Kamiq is Skoda's smallest SUV, but is it big and brawny enough to cope with family life? We’ve added one to our long-term test fleet to find out... 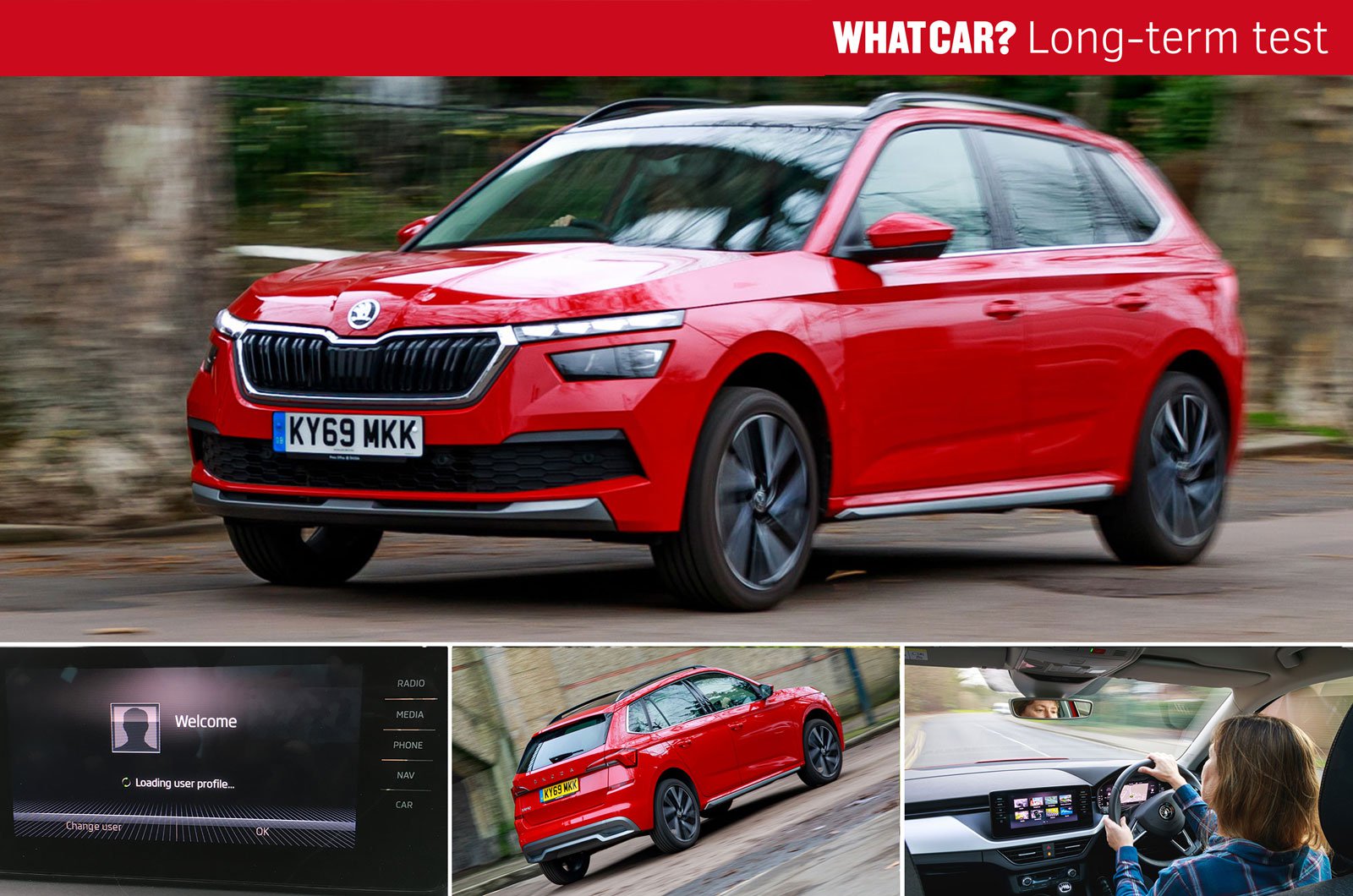 Why it’s here The Kamiq is our favourite small SUV for less than £20,000, but how will it cope as a long-distance commuter car and weekend family wheels? We have four months to find out

A month into our relationship, I gave my Skoda Kamiq its first major challenge – a 450-mile round trip to Swansea and Bath in three days. The small SUV was impressively comfortable on long stints of motorway driving. The 1.0-litre turbo petrol engine remained quiet at higher speeds thanks to its sixth gear, and the car wasn’t overly troubled by road or wind noise.

It proved practical, too, with usefully deep front door pockets, two good-sized drinks holders and a large cubby in the centre console. One less pleasant surprise was how much the wind buffeted the car around, especially each time we passed an HGV and a side blast of wind hit it. 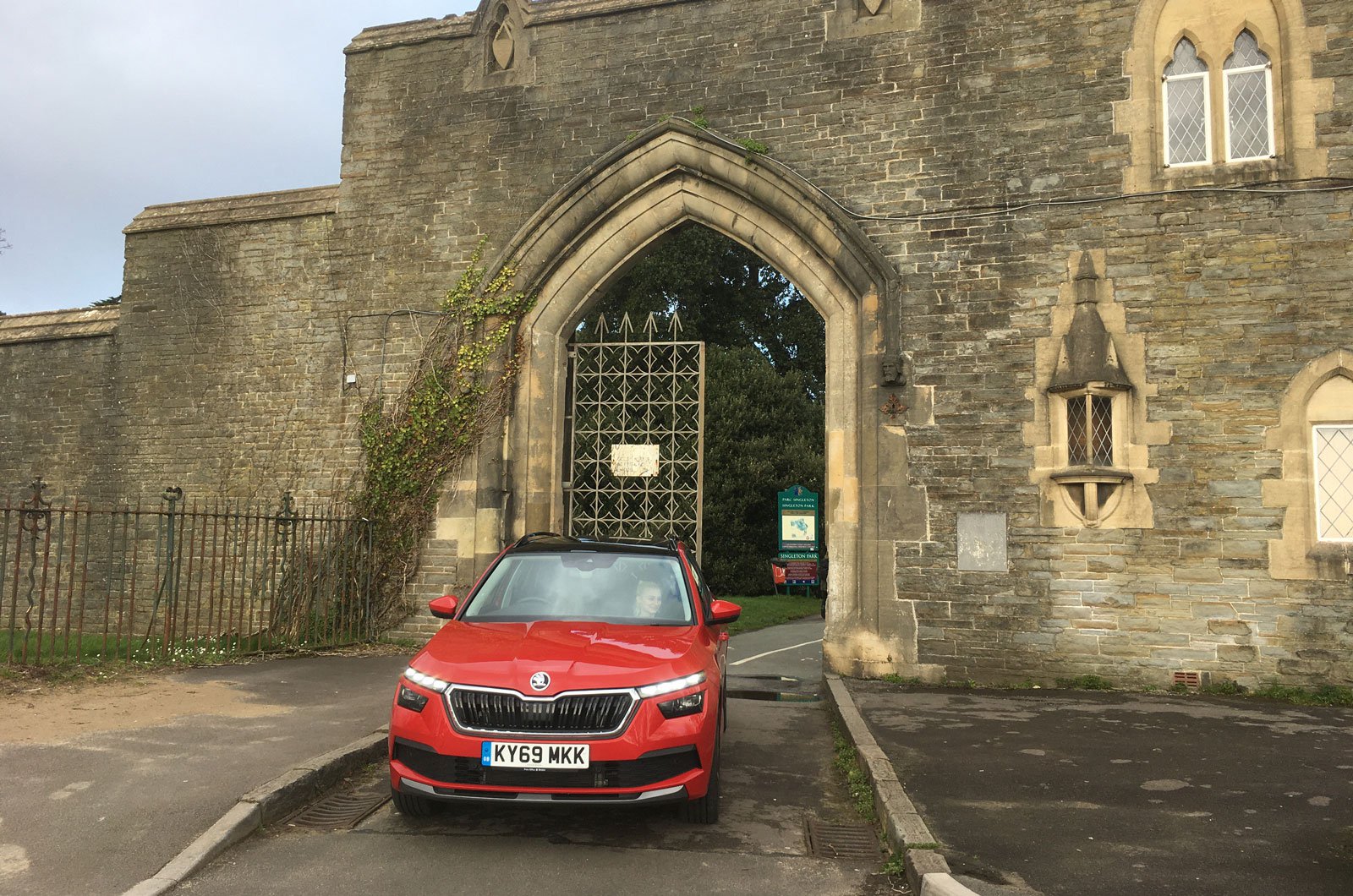 The Kamiq was equally well suited to the steep streets of Swansea. The city that’s built around the enormous sandy bay clings on to a steeply raked hillside that is rather reminiscent of a cliff in places. As a special challenge, I drove the Skoda up Constitution Hill, a 300-metre-long cobbled street that has a one in five (20%) gradient, making it one of the steepest hills in the UK. I’m relieved to say the car took the climb in its stride. In fact, that little Skoda was better suited to the city’s narrow streets than the car I’d had on my previous visit, a large Lexus ES saloon.

However, without the hybrid technology of the big Lexus, the small Skoda wasn’t the best car for fuel economy. It averaged 51.4mpg on the motorway but needed to be worked harder around town and on A-roads, so the economy there dipped to the mid-40s.

My trip west highlighted one feature I really like about the Kamiq and one area that’s becoming increasingly annoying. Best first: as part of the £1050 full LED headlight package, the Kamiq has cornering lights that pop on as you turn into a bend to brighten it up. These are proving a real boon on night-time drives on unlit rural roads, as are the LED lights, which are ‘light years’ (sorry about the pun) ahead of halogen bulbs, and even xenons, for giving a great view of the road ahead on dark evenings. 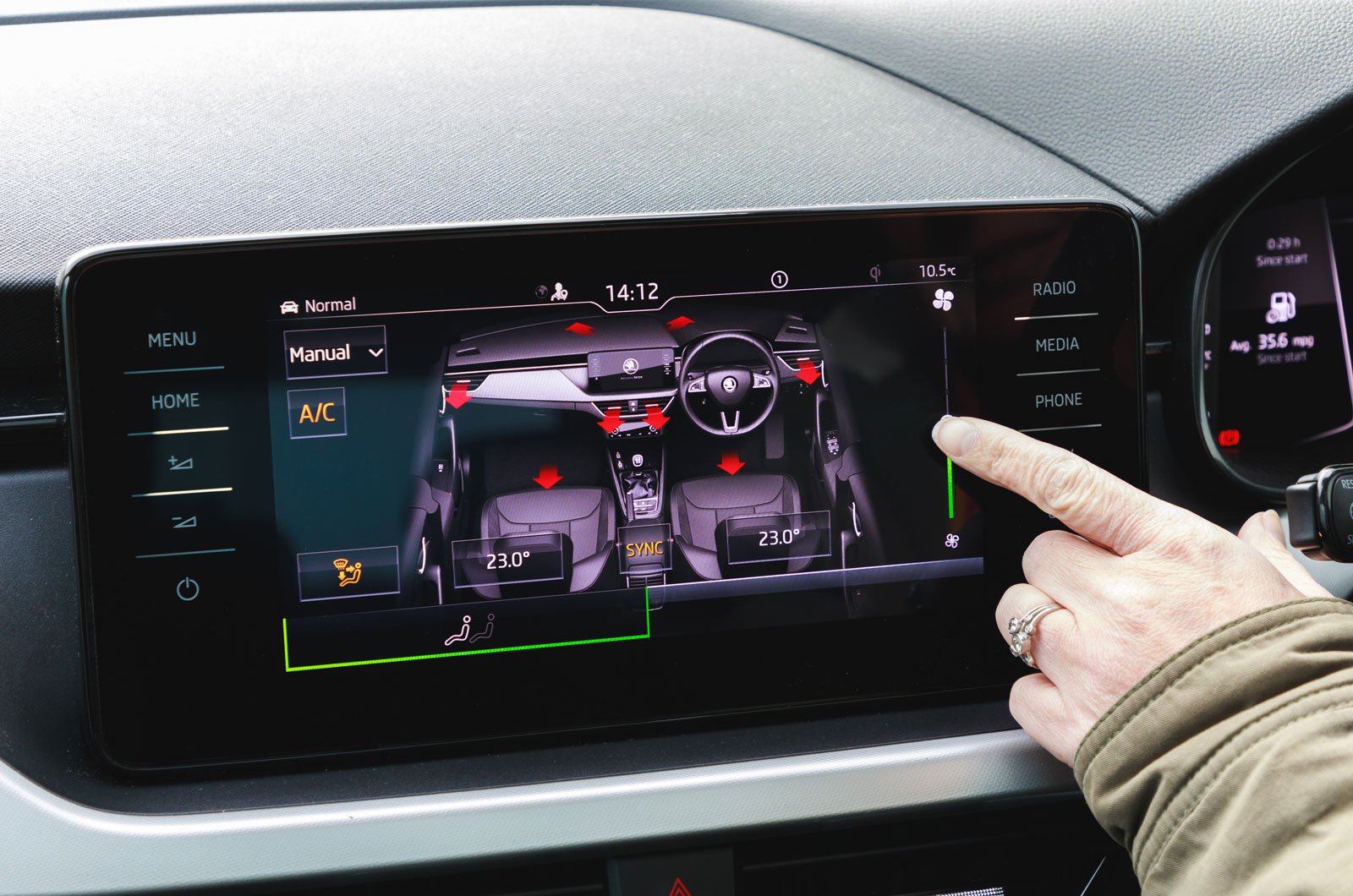 Now the worst: you need to use the touchscreen to adjust the heater fan, and it’s a fiddly process, made even harder by the fact that the screen isn’t the most responsive and it seizes up regularly, preventing you from changing the fan setting at all.

Overall, the touchscreen is slow to react and glitchy. I noted in my previous report that it would sometimes not turn on when the car was started, and now it seizes up and goes silent fairly frequently, and no amount of prodding and stabbing with a finger brings it back to life. 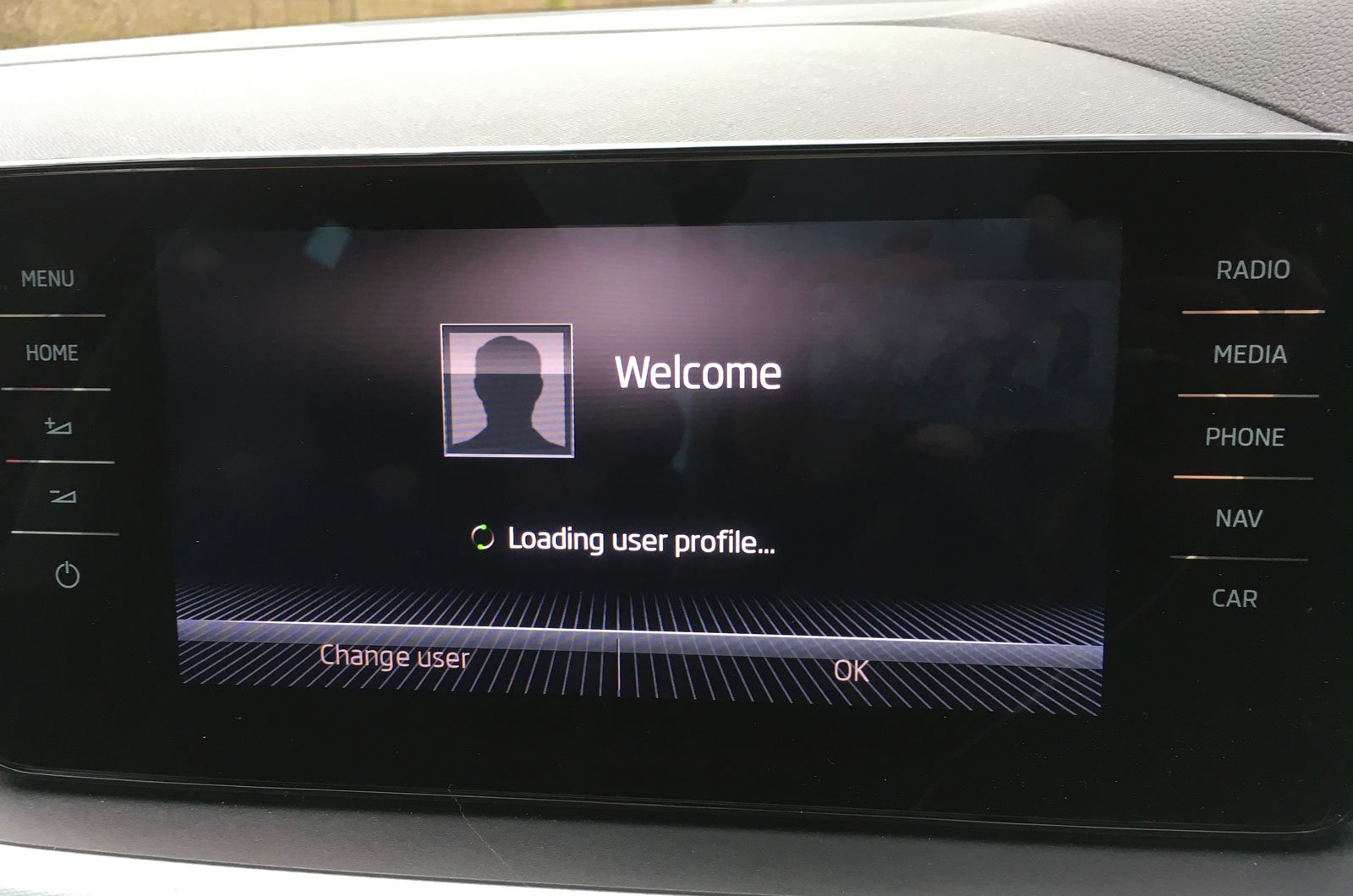 I’ve done the software update twice – a few days after I did the first time, the request came up on the infotainment screen again, so I gave it another go – but that hasn’t stopped the problems from happening.

It simply feels like the car has been treated to a cheap version of the Volkswagen infotainment system, because similar systems I’ve used in other VW Group cars haven’t had any problems. That’s a shame because the Kamiq is a great car in so many other ways.

The safest SUVs and 4x4s